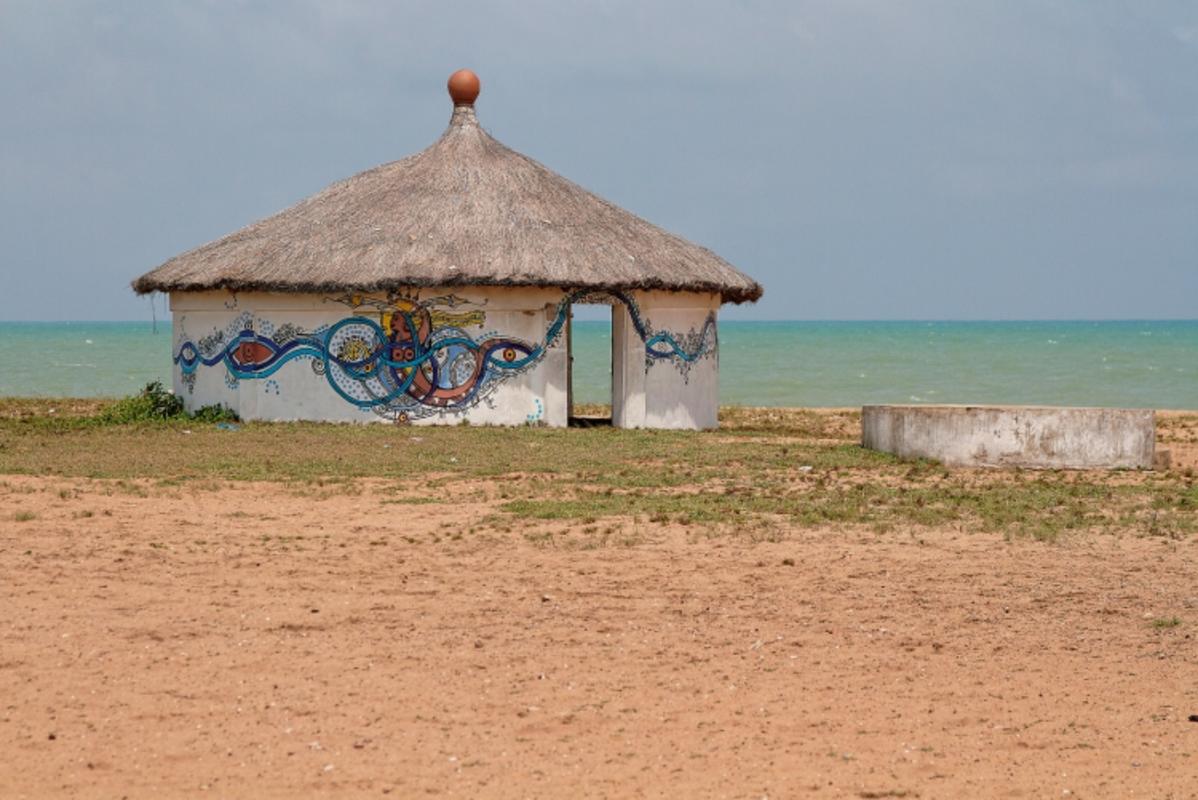 The biggest attraction for most visitors to Benin is the country’s rich history and the ruins which stand to tell the story. The ancient palaces of Abomey, their museums, and even the pathway on which slaves ones walked, are a special part of the continent’s heritage. The country also offers visitors abundant natural beauty which can be enjoyed in places like Pendjari National Park and Lake Ganvie or on a big game safari.

If there is one attraction that every tourist to Benin should visit, the Royal Palaces of Abomey is it. Built between the 17th and 19th centuries by the Fon people, this UNESCO World Heritage site holds some of the last remains of West Africa’s turbulent past. The earthen structure makes up the ancient town in which the King of Dahomey (the ancient Benin) resided. Address: Abomey, Southern Benin Phone: n/a Website: n/a

Situated on an ancient palatial site, the Abomey Historical Museum provides insight into the fallen kingdom of Dahomey. With exhibitions covering the rise and fall of the elite and excavated artifacts like a throne made from human skulls, the Abomey Historical Museum is the perfect place to gain a better understanding of the Benin that once was. Nearby sites include the Fetish Temple and a local arts center which sells traditional handicrafts. Address: B.P.25, Abomey Phone: +229-22-50-03-14 Website: http://epa-prema.net/abomeyGB/

The Route d’Esclaves, or the Slave Route is a 2.5-mile (four-kilometer) stretch of heritage road that is the last piece of African soil slaves from Benin touched before they were shipped to the Caribbean and Americas. The area now holds several landmarks which are important for telling the story, including the Slave Auction where owners bargained for help, the Tree of Forgetting where slaves were forced to perform a ritual which allegedly made them forget their homeland, and the Zomai Cabin, a tiny dark enclosure which was thought to prepare the slaves for the torrid conditions aboard the ships. Most haunting of all is the remarkable monument on Ouidah Beach, the slaves’ point of departure, called the Point of No Return. Address: BP 33, Ouidah Phone: n/a Website: n/a

Temple of the Sacred Python

Open to visitors daily, the Temple of the Sacred Python is one of the most interesting temples in Ouidah. The serpent deity Dangbe is revered in many cultures in Benin and thus the serpent is believed to be a sacred and in need of reverence and protection. The priests of Dangbe manage and maintain the temple, charging a small fee for visitors interested in seeing the dozens of pythons housed inside. For another fee, visitors can have their picture taken with a serpent draped around their neck. Address: near Rue F Colombani Phone: n/a Website: n/a

The best national park in the country, the Pendjari spans 275,000 hectares and is home to a wide range of amazing wildlife. Located 28 miles (45 kms) north of the town of Natitingou, several activities can be planned, including a wildlife safari. Spend a few days at the billowing waterfalls, gorgeous green landscape, and navigable pathways, which is a lovely respite from the sometimes overwhelming nature of Benin’s large city centers. Address: Atakora, Northwest Benin Phone: 229-23-83-00-85 Website: www.pendjari.net

One of the largest lake towns in the West African region, the village of Ganvie is an interesting place to visit. Home to nearly 30,000 people who all live in houses on stilts, the Ganvie Lake Village is quite a site to behold. Only 11 miles (18 kms) northwest of the center of Cotonou, Ganvie is a beautiful place to spend the day. There is also a water market from which all sorts of local crafts can be purchased. Address: Lake Nokoué, Southern Benin Phone: n/a Website: n/a

For tourists interested in shopping, there is only one place to go in Benin, the Grand Marche du Dantopka in Cotonou. Apart from the vast expanse of stalls and its seemingly endless supply of local jewelry, crafts, and knock-off CDs and clothing, the Grand Marche du Dantopka is simply an experience in itself. A veritable labyrinth of lanes and alleys, the market can be both exhausting and exiting at the same time. Address: Town Centre B of Jonquet, Cotonou Phone: n/a Website: n/a

Click here to learn about Benin's Food and Restaurants