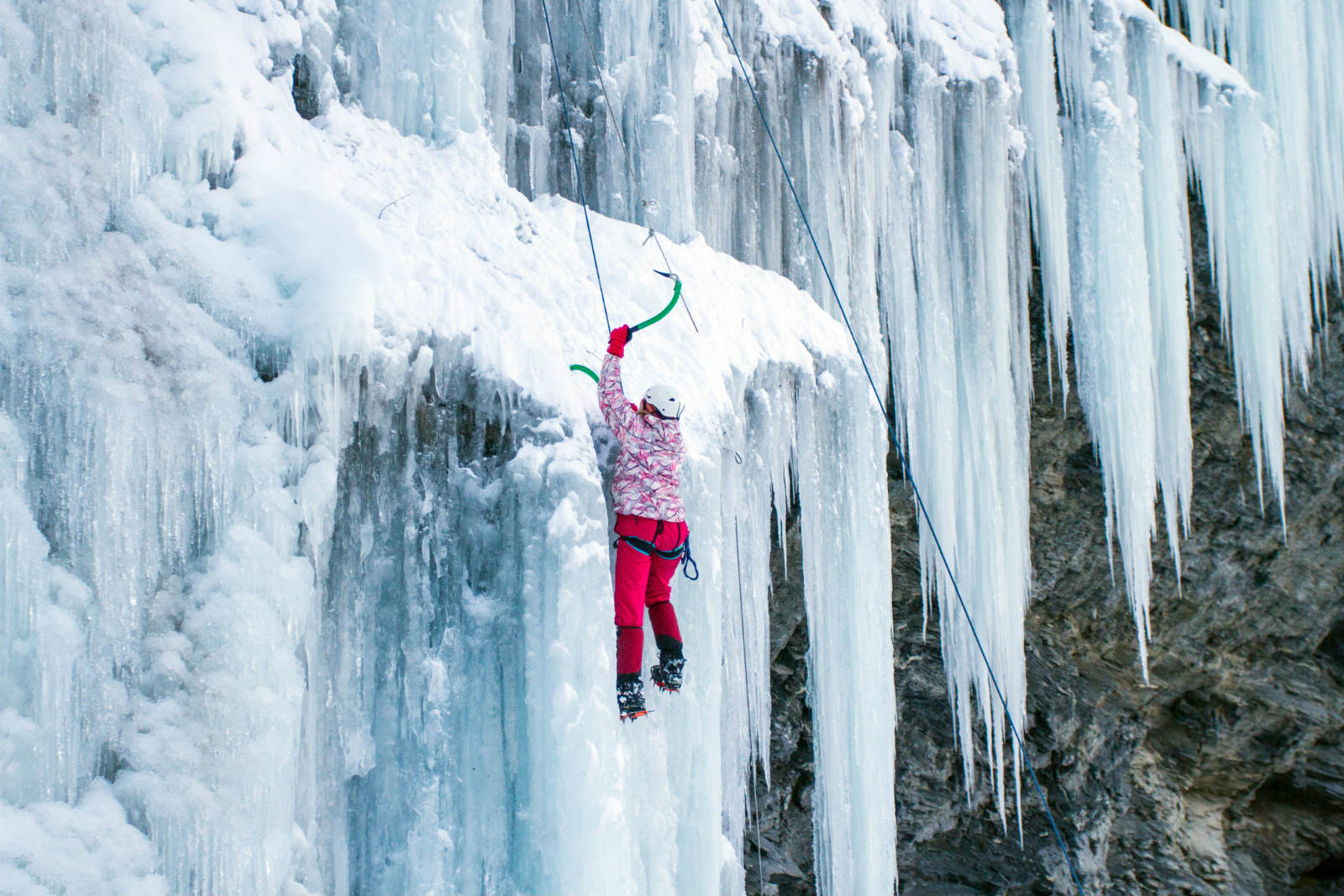 The development of man made climbing walls in health clubs, schools, and even sporting goods stores has launched an entire new generation of climbing enthusiasts. They are beginning to step outdoors and explore what real rock and ice climbing is all about. They are searching everywhere from the Andes to the Alps to find new cliffs, rock faces, boulders, glaciers, and whatever else they can climb and tour operators are watching their every move.

Rock climbing is the activity of ascending steep rock formations, most often using specifically designed climbing gear and equipment. The sport grew out of an essential part of mountaineering into a sport of its own. Books have been written about the methods to climb, but here is a brief explanation. Climbing, which is usually done in pairs, involves a set of ropes and harnesses. Each climber wears a harness and is attached to a rope that is attached to the other climber. One climber leads, while the belays. The leader climbs and clips to pre-placed or removable bolt hangers until the top is reached while the belayer is prepared to lock off the rope in case the leader falls. There is much more to climbing than this short intro and there are of course other variations. This is just a basic primer. Another variation is free climbing, which is without the use of ropes.

Ice or glacier climbing is slightly different than rock climbing. Instead of a solid rock face, you climb on frozen waterfalls, rock slabs covered with ice, and glaciers. Equipment is chosen based on the type of slope and the texture of the ice and may include ice axes, crampons, and mountaineering boots. A similar system of leading and belaying is generally used.

The beginning climber really cannot just walk up to a mountain and begin to climb. This is a technical sport that needs some background knowledge and guidance to even begin. The obvious starting points, at least for those in the Western world, are the man made climbing walls in your gym or even athletic stores. These are usually easy climbs that are supervised by employees, have decent equipment, and are generally safe. This is just to give you a taste of the sport. If you have trouble climbing these walls, then chances are you are not going to like climbing a 1,000 foot vertical rock face. To further your skills you can take a climbing course at a University or offered through adventure tour operators. They will show you the basic skills you need to start climbing, teach you proper safety techniques, and likely set you off with a practice climb or two at a local site. The beginning climber may take a tour to a foreign country to climb, but they are likely to do other activities on their trip as well.

The advanced climber almost has what it takes to become a full scale mountaineer. They see a rock face and can immediately decipher how to climb it. These climbers can take on almost anything climbable and go to the ends of the earth searching for new mountains, rocks, and national parks. They will hike for entire days to get to a particular rock face. They have different theories and techniques for climbing and they have tried and true reasons for using them. They know what ice climbing is and already have experimented with it or are thinking about it. The advanced climbing enthusiasts is more likely to take a full climbing tour of a particular destination and less likely to combine their climbs with other activities.