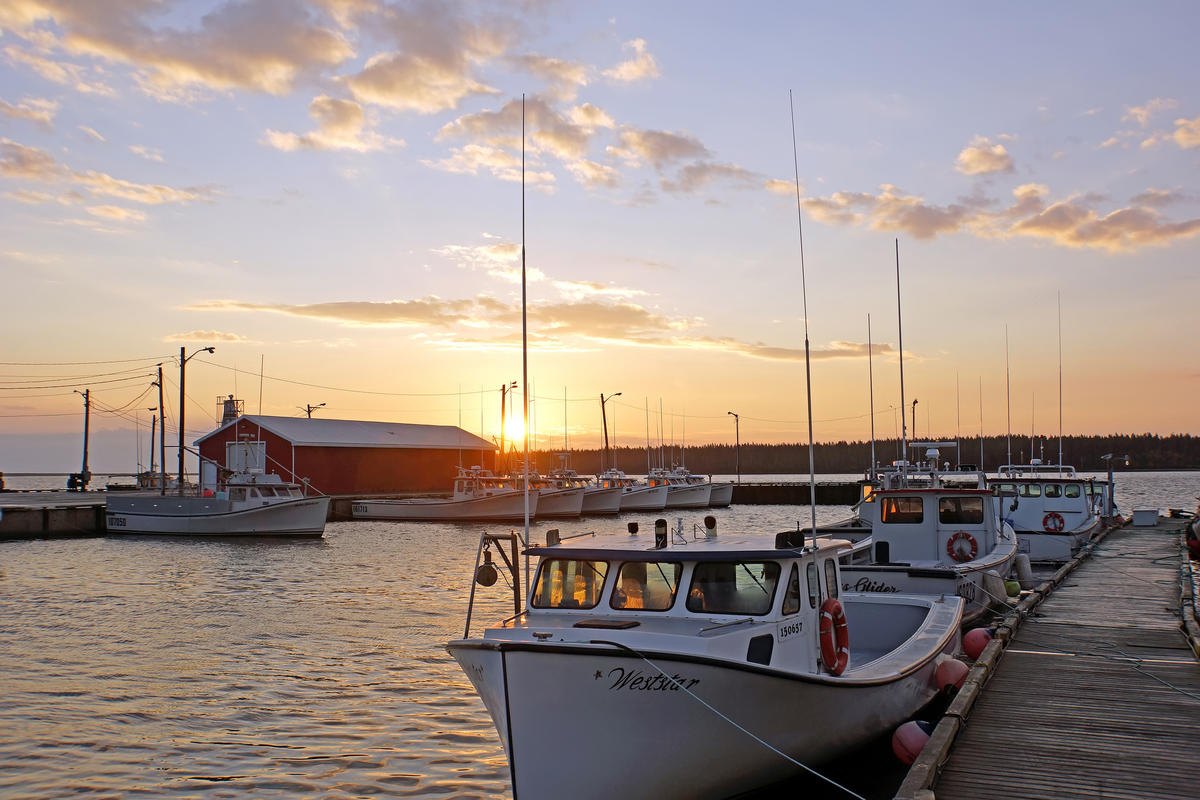 Prince Edward Island (PEI) may be Canada’s smallest province, but this tiny island attracts more than its fair share of the country’s tourists. In fact, the number of visitors descending upon Prince Edward Island each summer is actually much larger than the permanent population of just 140,000.

Prince Edward Island became famous as the location of the initial 1864 Charlottetown Conference where the Fathers of Confederation first met to discuss creating the new country which would eventually become Canada. Author LM Montgomery gave Prince Edward Island an even bigger claim to fame after the 1908 publication of Anne of Green Gables, her first and best known novel.

Today, the Green Gables House which inspired the title of Montgomery’s novel is one of Prince Edward Island’s most iconic landmarks and part of the province’s only national park containing the famous North Shore white sand beaches along its 37 mile shore. Visitors wishing to discover the unspoiled Prince Edward Island landscapes Montgomery depicted so lovingly in her novels must now venture far outside the heavily developed Cavendish region.

Prince Edward Island’s small space contains nearly 25 golf courses, many of which rank among the world’s finest. Although many Prince Edward Island visitors stay within the province’s central region between its only two cities of Summerside and Charlottetown, golfers may wish to travel east to the links at Crowbush Cove or west to Mill River Golf Course, two of the area’s most challenging courses.

Prince Edward Island hotels fill up fast during the busy summer season so advanced booking is imperative. Beachfront camping and cottage rentals are the most popular alternatives to conventional accommodations. Although rates and airfare plummet dramatically once summer ends, so do Prince Edward Island’s temperatures and the number of attractions which stay open. Lobster and potatoes are signature dishes, and both are served in abundance during the province’s hearty lobster suppers.

The ferries which were once the only way to get to Prince Edward Island have now been reduced to two lines from the area to Québec’s Magdalen Islands and Caribou, Nova Scotia. Nowadays, most visitors enter Prince Edward Island by flying into Charlottetown Airport, the province’s only air gateway, or by driving from neighboring New Brunswick across the eight-mile long Confederation Bridge, the world’s longest bridge spanning ice covered waters.

The Gulf of St Lawrence’s warm waters help Prince Edward Island enjoy a milder climate than its mainland Canadian neighbors. Average July temperatures are only 67°F; pleasantly warm, but rarely uncomfortably humid. Average January temperatures are a much colder 19°F. The same strong sea breezes which make PEI summers so pleasant can often make winter weather feel even cooler than it is. Spring and summer temperatures fluctuate widely on Prince Edward Island, plummeting dramatically after nightfall. Even summer nights can sometimes be cool, so visitors should come prepared with warm clothing to layer. Snow sometimes appears as early as October and stays on the ground well into April.

What remains of Prince Edward Island’s discontinued passenger rail line was converted into the Confederation Trail, stretching nearly 170 miles from one tip to the other. The island’s longest cycling path, driving is really the most practical way to travel across this 140-mile long island with limited taxi and bus service outside Charlottetown and Summerside. No matter how visitors decide to explore, they will undoubtedly want to venture off the beaten path during their stay.

Click here for Things To Do in Prince Edward Island