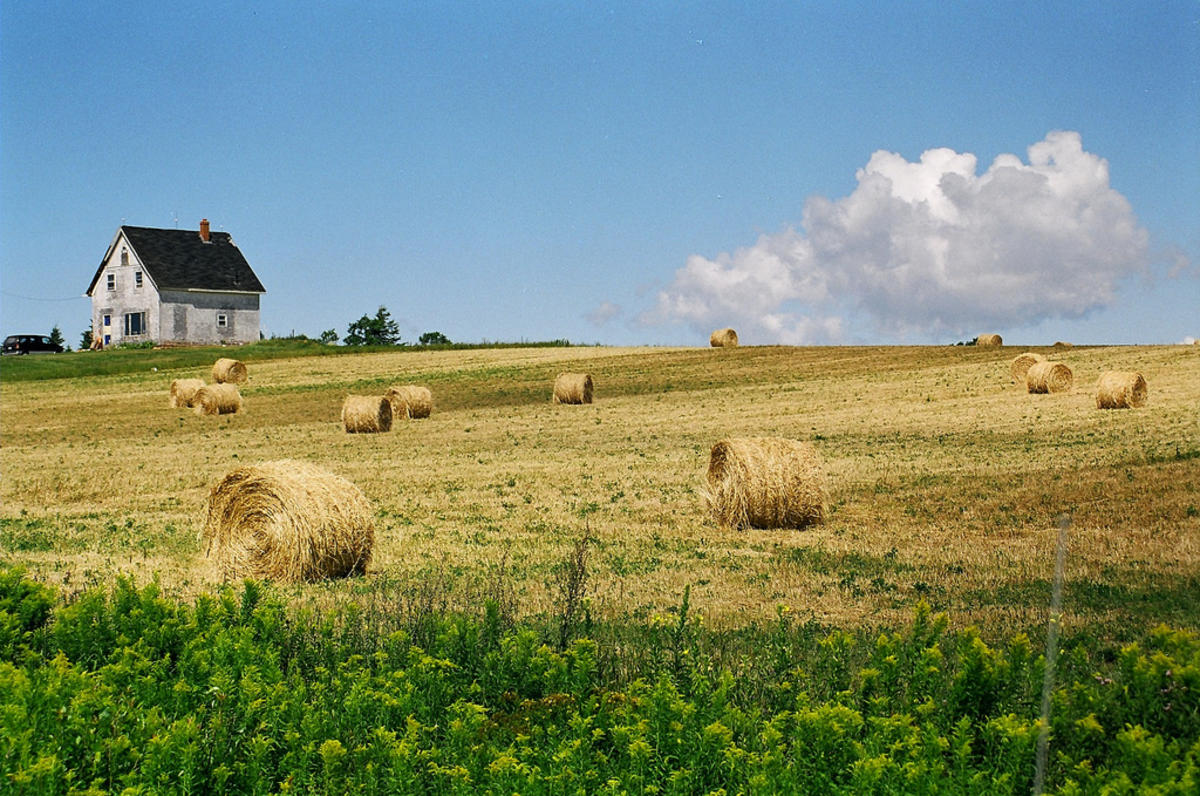 At first glance, Prince Edward Island’s history and culture seems to begin and end with Anne of Green Gables. However, the province’s real life is every bit as interesting as that of its most famous fictional heroine. Like its Maritime neighbors, Prince Edward Island has a culture filled with lively kitchen parties, gifted artists, and friendly people.

Prince Edward Island’s original residents, the Mi’kmaq, believe the Great Spirit created their home by shaping dark red clay into a crescent across the waters. The Mi’kmaq called the island Epekwitk or ‘cradle on the waves,’ a name which the first European settlers altered to Abegweit.

The French established Prince Edward Island’s first permanent settlements after the island they called Île Saint-Jean became part of the Acadia and Île Royale colonies. After two back-to-back battles in 1745 and 1746 between Acadian and New England soldiers at Port-la-Joye, many Acadians migrated to Île Saint-Jean following their expulsion from the mainland. In 1758, many of these folk were deported from Île Saint-Jean.

The British established Fort Amherst at the former Port-la-Joye site in 1758 and Prince Edward Island became a separate colony in 1769. Fort Amherst can still be seen at the Port-la-Joye—Fort Amherst National Historic Site of Canada (191 Hache Gallant Lane, Rocky Point), which describes both the French and British periods of rule in great detail. The island’s original British given name, St John’s Island, was later changed to Prince Edward Island to avoid confusion with St John’s, Newfoundland, and Saint John, New Brunswick.

Shortly after Charlottetown was chosen as the colony’s capital, two Massachusetts privateers raided the city in 1775. Like neighboring New Brunswick and Nova Scotia, the island welcomed Loyalist settlers from the newly formed United States.

Prince Edward Island is famous for being the location of the 1864 Charlottetown Conference which ultimately led to the creation of Canada in 1867, but the region did not join the new nation until 1873 when the government promised to take control of the growing railway debt and buy out the island’s remaining absentee landlords. The site of the Fathers of Confederations’ first historic meeting, Province House (165 Richmond Street, Charlottetown), remains the setting for Prince Edward Island’s legislative assembly to this day.

Anne of Green Gables is undoubtedly Prince Edward Island’s most famous cultural landmark, but Anne is by no means this small province’s only artistic achievement. Live theatrical performances regularly take place not only at Charlottetown’s Confederation Centre of the Arts and Summerside’s Harbourfront Theatre, but also within the much smaller Victoria Playhouse. Victoria Playhouse stages more than 80 performances every year in Victoria by the Sea’s historic community hall, halfway between PEI’s two largest cities.

The Confederation Centre of the Arts also houses the Art Gallery of Prince Edward Island, while Summerside’s Eptek Art and Culture Centre stands next to the Harbourfront Theatre. Several smaller PEI communities boast their own interesting art galleries, such as the Dunes Studio Gallery near Brackley Beach. The island’s Evangeline region, west of Summerside, is home to the largest Acadian community, whose history is depicted at Miscouche’s Acadian Museum and whose talented artists display their work at Abram-Village’s Le Centre d’Artisanat.