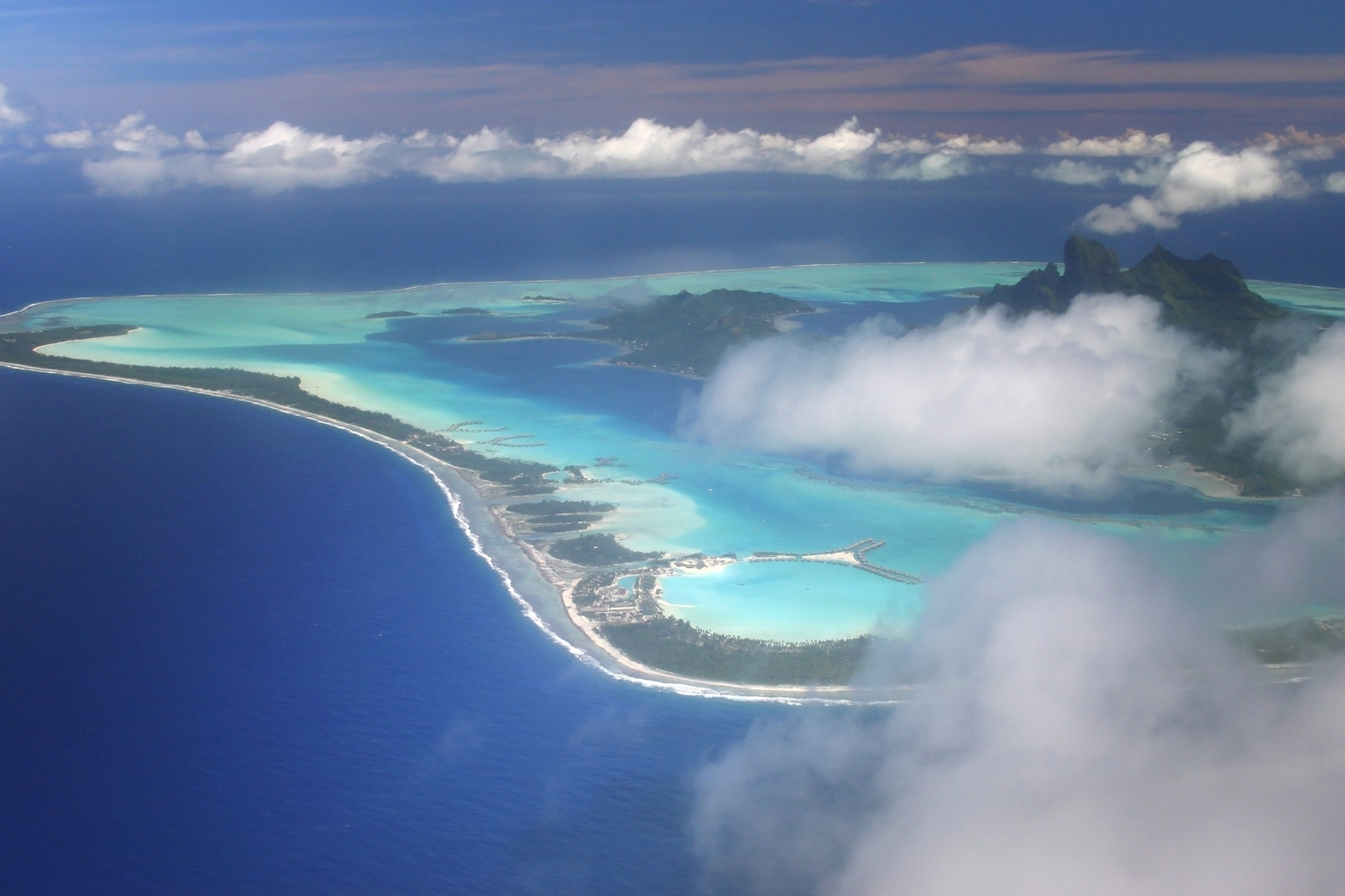 One of the many European merchants who made the arduous journey to the exotic French Polynesian island of Tahiti during the 19th century stated that, ‘Their existence was in never-ending merrymaking.’ That certainly hasn’t changed in more than a century, even though relaxation is the main attraction for most of today’s visitors to Tahiti, many of whom travel halfway around the world to sleep directly above the Pacific Ocean in overwater bungalows and experience the Tahitian relaxed ‘aita pea pea’ philosophy of life.

People wishing to experience Tahiti’s merrymaking side will find it most easily in the island’s capital, Papeete, especially at its bustling municipal market during the day and its wide variety of nightclubs after dark. Visitors can also enter the Pacific Ocean directly from their underwater bungalows to scuba dive, snorkel, or surf on the island where the sport supposedly originated. Horseback riding throughout the Ua Huka’s valleys, hiking Tahiti’s isolated interior hiking trails, and scaling the summits of the Pitohiti and Orohena mountains are the island’s most popular dry land activities.

However, the best ways to thoroughly explore Tahiti are Papenoo Valley quad runner tours or four by four safari expeditions across the island. Visitors can easily drive Tahiti Nui’s 72-mile long Circle Island route in a single day, but many choose to venture several times off the beaten path towards places like Point Venus. Tahiti’s northernmost point is most famous as the location where Captain James Cook witnessed the planet Venus transit in 1769. Tahiti’s unique Lagoonarium gives visitors close up encounters with reef sharks, sea turtles, and other marine creatures behind the safety of four different enclosures.

The famous overwater bungalows with steps leading directly into the Pacific Ocean are undoubtedly Tahiti’s most unique and famous accommodations. Some of Tahiti’s cheaper thatched roof bungalow accommodations have shared outdoor bathrooms with cold showers, while the more upscale bungalows belong to luxury hotel resorts. Tahiti Tourisme also arranges stays in Tahitian family homes, which do not charge the regular seven percent tax added to most hotel room costs. Guests at Tahitian homes may even get the chance to enjoy traditional tamara’a Tahiti feasts of suckling pig and other local delicacies prepared in underground ovens. Tahiti also contains two campsites and a Papeete youth hostel.

The climate of French Polynesia is very warm and predictable, compared to a lot of other Pacific islands. The year-round average temperature is around 80-degrees F, and the lagoon water temperatures hover around 84-degrees! Summertime, which lasts from November to April is when they get the most rain, but even then, the Pacific cyclone rains are pretty rare. Winters are drier and slightly cooler, and last from May to October. Any time is a good time to visit French Polynesia, but you can bet on less wet weather in the summertime.

It takes roughly eight hours to reach Fa’a’ā International Airport, the only one in French Polynesia, from Los Angeles. Direct flights between Fa’a’ā International Airport and Tahiti are also readily available. The airport, whose passenger traffic exceeds one million people per year, is the only gateway into Tahiti other than the cruise ships and ferries which sail around French Polynesia. Taxis, four car rental companies, and a shuttle are the airport’s ground transportation options.

Taxis may be harder to find in Tahiti during rush hours and rainy days, but they are nonetheless easily available throughout the island. A 72-mile long Circle Island tour is the easiest way to see many of Tahiti’s worthwhile sights. Navigating Papeete’s numerous traffic circles and the island’s more isolated interior roads are Tahiti’s toughest driving challenges. The colorful open-air ‘le truck’ buses which once traveled around Tahiti have now largely been replaced by more modern RTC buses which travel both short and long distances across the island.

Click here for Things To Do in French Polynesia