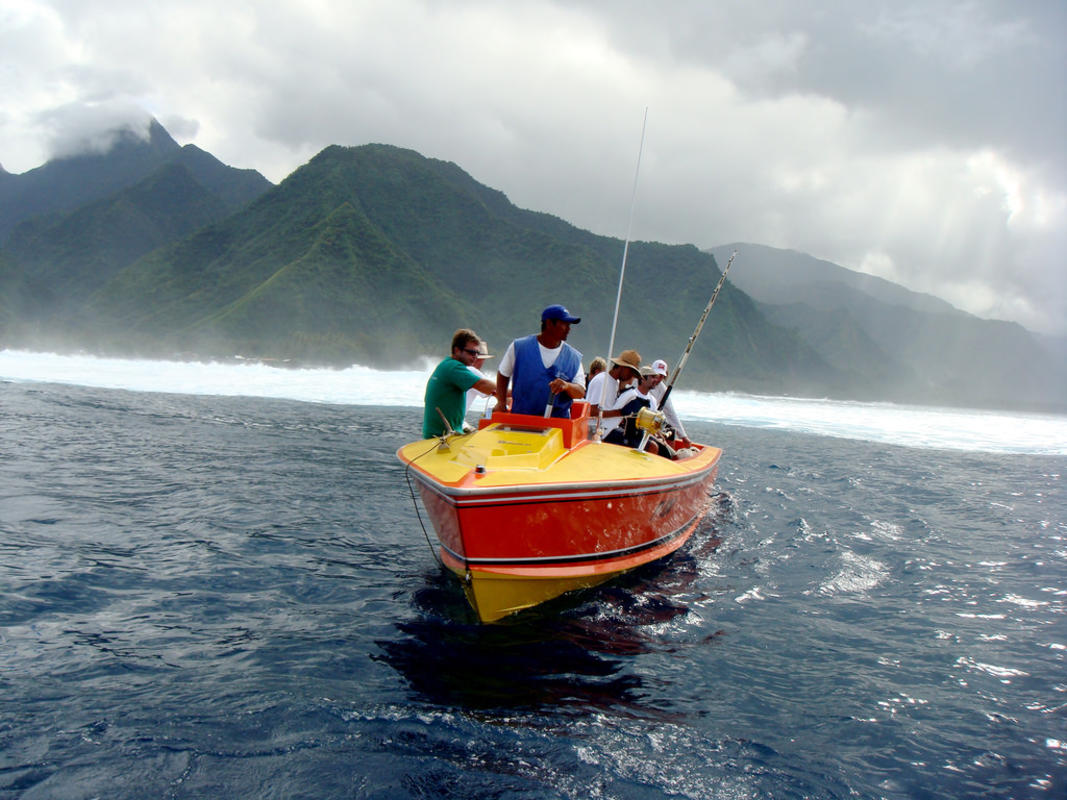 Taxis are available throughout Tahiti, especially in Papeete, but can be tougher to track down on rainy days or rush hours. Centre Vaima and Pomare Boulevard are Papeete’s biggest taxi stands, but visitors can also flag down taxis across the city. Few Tahitian taxis have meters as the government sets taxi fares, but visitors must nonetheless agree with drivers on fares prior to entering vehicles. Nighttime fares are at least 20 percent more expensive than daytime fares. Most Tahitian taxi companies travel across the island and are individually operated, like Carl’s Transports & Tours (+689-77-13-69) and Rene Hoffer Taxis (+689-77-71-70).

Tahiti vehicles drive on the right and a national driving license is the only requirement to rent vehicles on the island. All car rental companies, international or national, charge the same daily rate with unlimited kilometers. Tahiti’s biggest driving challenges are the numerous traffic circles in and around Papeete as well as the difficulty of finding parking spots in the island’s capitals. Outside of Papeete, vehicles already driving on Tahiti’s north-south cross-island road have the right of the way.

The port of Papeete is the main water link between Tahiti and the rest of French Polynesia. Cruise ships and ferries are Tahiti’s main water transportation. The faster 700 passenger Aremiti V ferry takes about half an hour to travel between the two islands, while the 450 passenger Aremiti Ferry takes about 45 minutes to make the same journey. Many Tahitians also take the ferry to Moorea on weekends. The

Tahiti and Islands Trains and Buses

Buses which travel west of Papeete as far as Centre Moana Nui are painted red and white, while those traveling shorter distances are green and white. The orange and white buses which travel longer distances to Tahiti Iti and the south coast are lined up adjacent to the Tahiti Manava visitor bureau.

Bus service throughout Tahiti, especially outside of Papeete, is far scarcer on weekends. As long-distance buses only run on weekdays in the morning, it has become much harder to travel around Tahiti in a single day by bus. Tahiti has no passenger rail service.