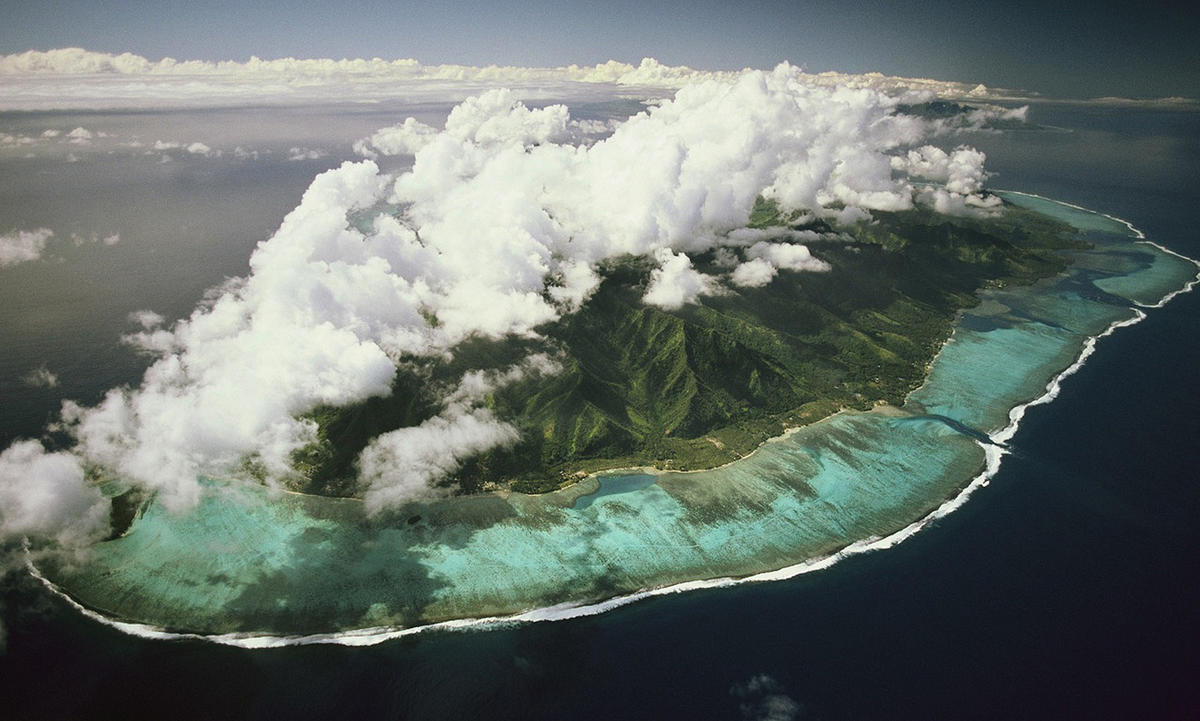 Tahiti’s average annual temperature is a pleasantly warm 80°F throughout the year, and average lagoon water temperatures are an even warmer 84°F in summer. Tahiti’s two main seasons are its hotter and more humid summer, which lasts between November and April on this Southern Hemisphere island. Summer is also Tahiti’s rainy season, but tropical cyclones are fairly rare compared to other Pacific Ocean islands. Winters are slightly drier, cooler, and last between May and October.

Each year, the sun shines over Tahiti an average of eight hours per day and between 2,500 to 2,900 hours per year. The average 75 percent humidity of Tahiti’s marine tropical climate is tempered by air conditioning in most hotel rooms and Pacific Ocean trade winds on the outside. Lightweight cotton clothes are more comfortable in Tahiti’s tropical climate than synthetic fabrics.

Tahitian surfers follow the island’s changing winds between the island’s southern and western shores during winter and the eastern and northern coasts during summer. Summer may be the hotter of Tahiti’s two main seasons, but cloudier skies and heavy, but brief, downpours create less-than-ideal sunbathing conditions. Tahiti’s two hottest months, February and March, fall in the middle of the island’s cyclone season, which lasts from January to April.

Southeasterly maraamu trade winds keep Tahiti’s winter temperatures comparatively cooler between May and August. The sun shines almost constantly during the day and temperatures remain relatively similar from day to night during Tahitian winters. July is both Tahiti’s coolest month and the middle of the island’s busiest tourism season. Most Tahitian festivals and holidays also occur in winter.

Click here for Festivals and Events in French Polynesia