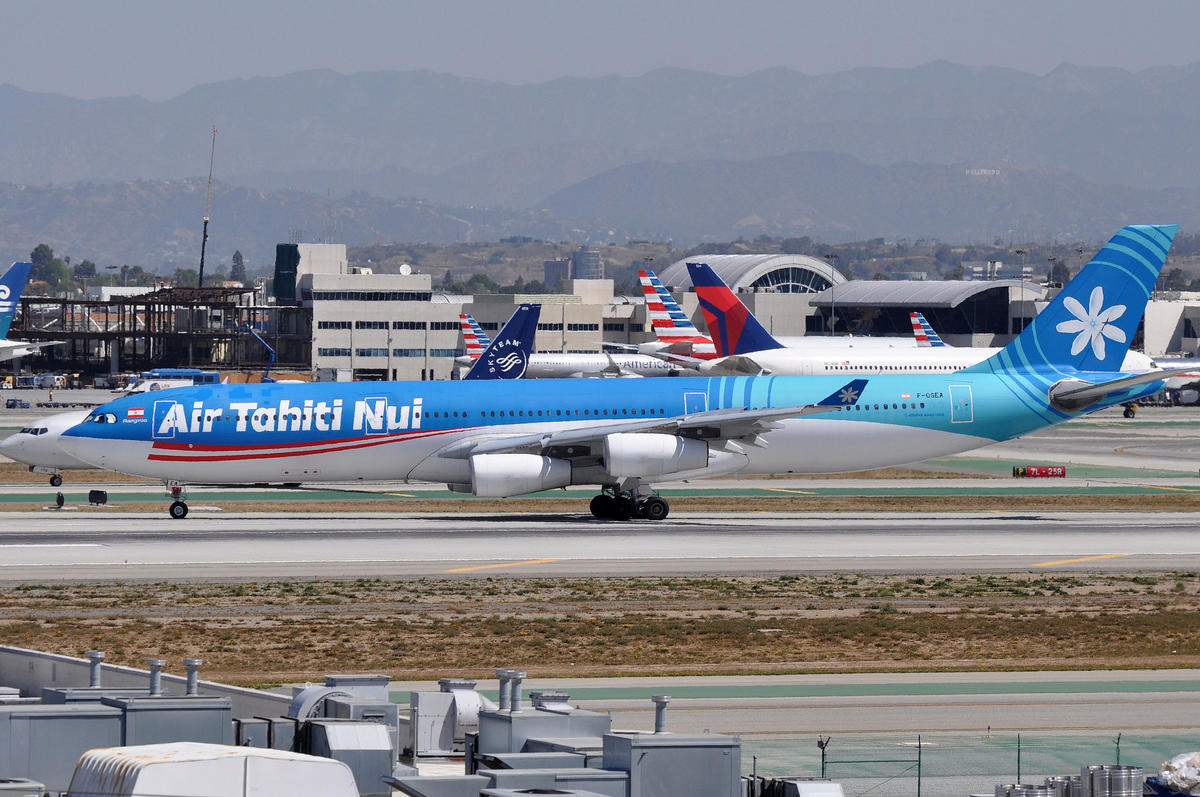 As French Polynesia’s only international airport, Tahiti’s main air gateway welcomes well over a million passengers each year. This airport’s single runway, built along reclaimed coral reef land, is large enough to handle commercial aircraft of all sizes. Passengers can expect to receive flowers and be serenaded by local musicians while waiting to get passports stamped. Two banks stand at opposite ends of the customs exit area. One bank exchanges US dollars into French Pacific francs, while both banks have ATMs. Terminal 2, the busiest of the airport’s five terminals, contains the intimate Mahina Lounge, where visitors can find souvenir and jewelry shops alongside a small café. The airport also contains one of Tahiti’s largest cafés in Terminal 4, where passengers can hear departing and landing flights from a small grass ceiling, as well as one of only five McDonald’s restaurants in French Polynesia. Hawaiian Airlines offers non-stop flights from Honolulu to Fa’a’ā International Airport, while both Air France and Air Tahiti Nui provide eight-hour direct flights from Los Angeles. International visitors can also board Air Tahiti flights to other South Pacific destinations from this airport.

A local car rental company called Daniel Location stand alongside AVIS, Europcar, and Hertz at Fa’a’ā International Airport. Taxis are the most practical public transportation for people headed directly to their hotels. However, those wishing to explore downtown Papeete prior to checking in can take the Fa’a’ā airport shuttle down Tahiti’s west coast freeway. Downtown Papeete is just over three miles from Fa’a’ā International Airport.