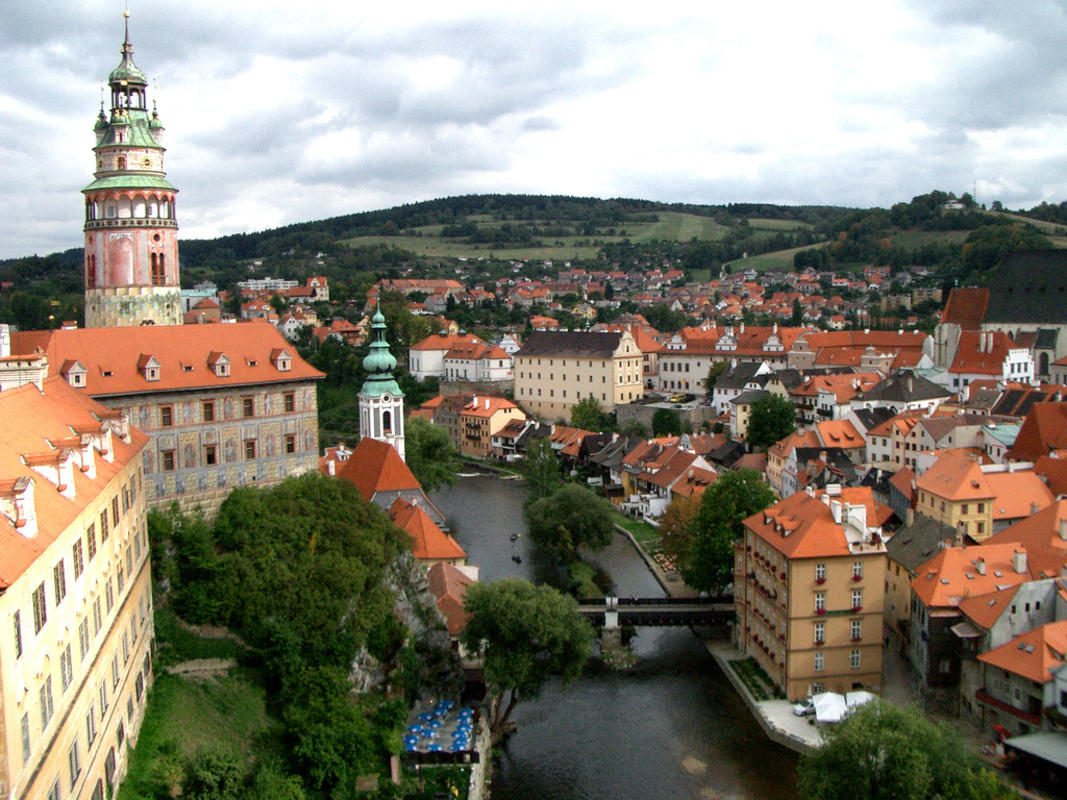 There is a famous Czech saying, “co Čech, to muzikant,” which means “every Czech is a musician,” which should give you some insight into the wealth of art and culture emanating from this wonderful country. Located right in the heart of Central Europe, the Czech Republic suffered a dark period prior to the fall of the iron curtain, but has since grown to become one of the most visited countries on the continent, with the capital, Prague, one of the most popular countries in the world, holding its own alongside the likes of London, New York and Tokyo. Backpackers and high-end holiday-makers are drawn to the Czech Republic in almost equal numbers, attracted by the historical sites, impressive range of architecture, vibrant nightlife, and wealth of outdoor activities.

Despite being a somewhat small country, the Czech Republic is one of the treasure troves of Europe, famed for its many UNESCO World Heritage sites. Prague is peppered with sights and sounds to constantly keep your head turning, including the Charles Bridge, Prague Old Town and Jewish Quarter, the Astronomical Clock, and the glorious Prague Castle. To the south, you’ll find the medieval towns of Bohemia, Mělník, and Kutná Hora, while to the west lie a number of luxury spa retreats, such as Karlštejn and Karlovy Vary, and many of the country’s national parks teeming with cycling, hiking and rock climbing from early spring to mid-fall, and skiing and snowboarding dominating the winter months.

Accommodation in the Czech Republic is no longer cheap and cheerful, with hotels just as expensive as anywhere in Western Europe. Standards have also risen and rival anywhere in the region for comfort and hospitality. Prague offers some of the finest and most interesting hotels in Europe, many of which make good use of restored historic buildings, along with a range of ϋber-modern boutique hotels. Outside the main cities are very tourist-friendly with options from luxury resorts to tiny pensions (family-run guest houses). For those with a zest for adventure and discovery, there are plenty of campsites spread out in the wilderness that are open from early March through to late October, typically catering to both campers and RVs, with some offering bungalows and cabins.

The Czech people have a reputation for being lovers of music, art, and beer, which is evident in the sheer number of jazz, rock, and blues clubs (many of which were part of the historical underground scene hailing from the 1950s and ‘60s), concert halls and classical music venues, pubs and lounges. Art is everywhere, not only in the galleries and mobile exhibitions, but out on the streets and walls of alternative restaurants. As for the beer, the breweries of České Budějovice and Pilsen are known to produce some of the best lagers in the world.

Day-trips should include excursions to the country’s quaint, picturesque towns such as Český Krumlov and Telč, the Šumava National Park or perhaps a road trip through the rolling hills and forests of the east, stopping at one or two of its celebrated vineyards along the way. Those feeling more adventurous will enjoy navigating the pinnacles of the Adršpach-Teplice Rocks or transcending into the caves of Moravian Karst to marvel at the network of underground rivers and grottos.

Getting around the country’s big cities couldn’t be easier as the Czech Republic has one of the best developed infrastructures and public transportation systems in the western world, with a choice of buses, taxis, trams, trains, and a modern metro (subway) system in central Prague. Czech Railways has a network linking it to just about every place of interest and offers cheap rail passes good for three to 15 days.

Click here to learn about Things to Do in Czech Republic