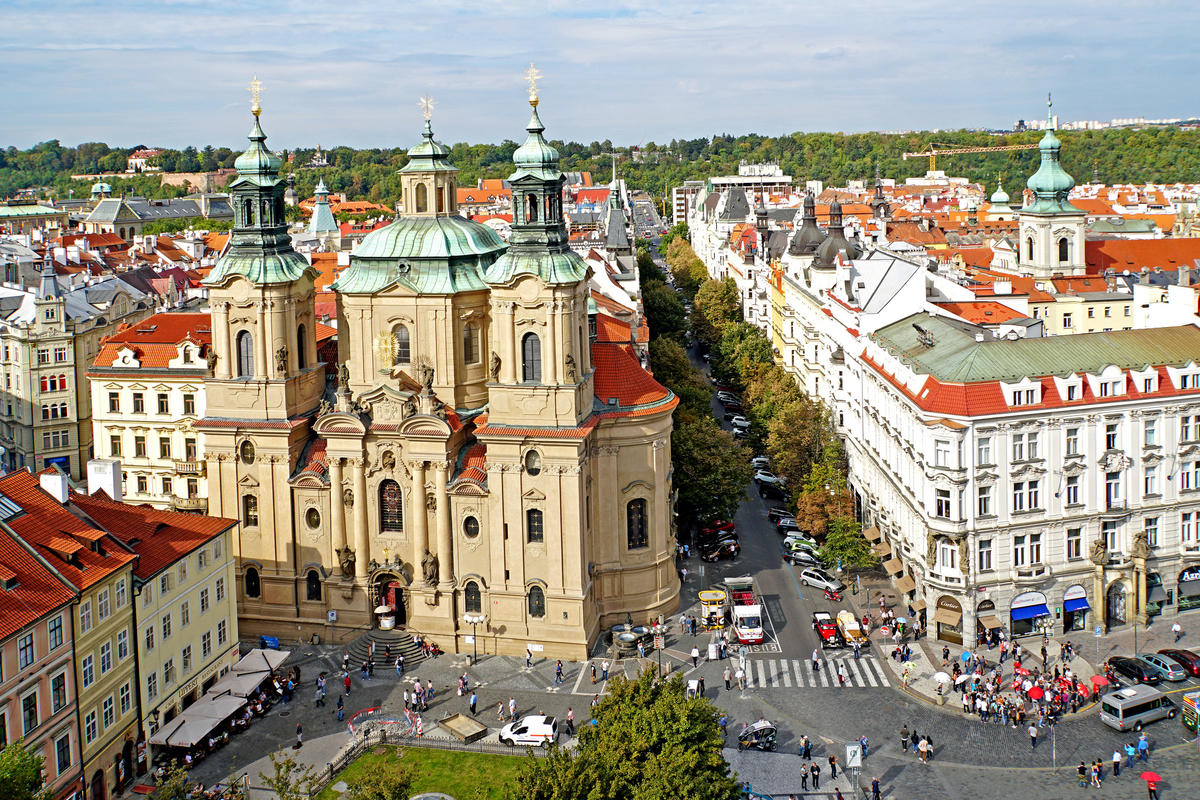 The Czech Republic is well known for its festivals, concerts and events, and its well worth trying to plan your trip around one of these fabulous displays of culture.

The Beltine Festival of Celtic Culture takes place in Bohemia every year from April 30 at 8:00 p.m. until May 1 at 12:00 p.m., running for 16 straight hours without interruption. It’s a fun, action-packed festival with everything from Celtic music and craft workshops to dance shows, kids play areas and activities, and lots of food and drink. The events are spread around a number of castles and historic buildings in Cheb, West Bohemia.

The Burning of the Witches is a nation-wide Czech festival which predates Christian times when locals would light large bonfires to ward off evil spirits. During the evening of April 30, witch effigies are burnt around the country to a backdrop of fireworks, food and drink, not unlike the Guy Fawkes celebrations in the UK.

Vlikkanoc is a Czech Republic holiday which is part of the Easter Monday events and an age-old pagan ritual. As part of the national festival, adult males walk around their towns and villages carrying large, decorated willow leaves, which they use to playfully smack the legs of the women they love or have a secret crush on.

The Prague Spring International Festival is all about music and performing arts, with a number of shows taking place around the city from mid-May until early June. The first event took place in 1946 and continues to grow in popularity every year.

For literary lovers, this is often the highlight of the Czech events calendar, a two-month long celebration of arguably the finest playwright who ever lived. From June until September, Prague Castle is home to a series of performances which take place in the stunning Burgrave Palace courtyard.

Held around various venues in Prague, including some of the large river islands, the United Islands Festival takes place from June 16 to 25. A celebration of the people and the quirks of Prague’s most interesting and mysterious cultures, the event is primarily a music festival, but is also an opportunity to explore the Czech Republic’s outlying islands. Things are cranked up a notch during the evening when events move to nightclubs and music venues, with partying, singing and dancing well into the night.

Based on the traditional Scottish Highland Games, Sychrov hosts its own version of this Celtic event, which is the largest of its kind in continental Europe in late August. The festival has grown in popularity over the years, now one of the most well attended single-day events in the Czech Republic, as people from far and wide flock to Castle Sychrov to watch performers and trained athletes toss giant cabers and show off their strength and skills in a number of entertaining events with food, drink, dance, and music to enjoy.

The Harvest Festival is actually two events, one called Posviceni, a very spiritual celebration where praise is given to God for bringing a successful harvest. The second is Obzinky, which takes place directly after the harvest has ended. Farm-workers and land-owners are joined by Czech locals and travelers to drink, dance, sing, and enjoy a large banquet, with a wreath made out of crops adorning the heads of farmers. The feast involves lots of sauerkraut and a traditional sweet cake called kolache. Both are fun to experience, especially in the countryside.

This momentous music festival has become a key fixture on Prague’s cultural calendar and is one of the most popular events in Europe. Local Czech and international musicians and performers travel to the capital to celebrate the best of classical music, including big name stars with crowds attending by the thousands.

The Verdi Festival is a month-long event celebrating stage arts such as ballet, opera, and theater. Held in September at the stylish Prague State Opera house, it’s a must-see for lovers of the classics.

Less a festival and more an important day of remembrance for the Czech nation, November 17 marks the anniversary of the violent police reaction to the peaceful student protests. Known as the Velvet Revolution that took place in Prague in 1989, it brought an end to the Communist government. The day is marked by mourning the deaths of those involved and celebrating the positive political change.

One of the more fun and playful national events in the Czech Republic, December 5 is a day when adults get to dress up and visit the children in their neighborhood to determine who has been naughty and who has been nice, leaving gifts along the way.