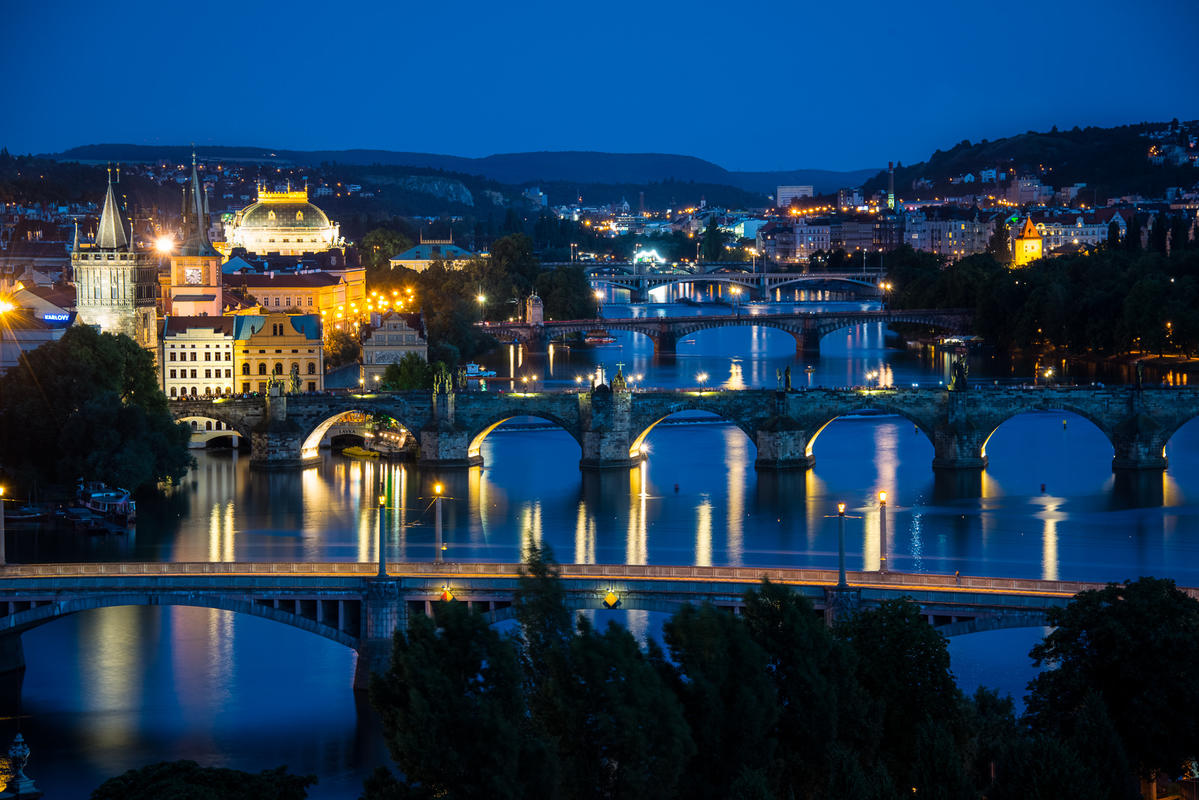 The official language is Czech, but the vast majority of people are able to speak at least some conversational English.

The official currency of the Czech Republic is the koruna (also known as the Czech crown), abbreviated as Kč, or internationally as CZK. 100 hellers make 1 crown, although heller coins have not been in use since 2008. Goods are often still priced in hellers so the total is just rounded up. Although the Czech Republic is a part of the European Union, the euro is generally not accepted, with the exception of some large chain stores. While some hotels and restaurants take the currency, it is more often than not at a poor exchange rate so it’s better just to use crowns. ATMs are widely available, especially in the large cities of Prague and Brno. Major credit cards are also widely accepted at most major shops, restaurants, and hotels, while travelers’ checks can be exchanged at all major banks.

The Czech Republic is in the Central European Time Zone (CMT), which is one hour ahead of GMT (GMT +1).

Electrical sockets (outlets) in the Czech Republic come in two types: the type C Europlug and the type E/F Schuko, with a voltage of 230. Those with US plugs will need to get an adapter and transformer, which can be bought at any Czech electronics store.

The dialing code for the Czech Republic is +420, followed by a 1-2 area code (+420-2 for Prague). The Czech Republic and Prague in particular, have a good reputation for internet speed and coverage, with many free Wi-Fi spots and cheap internet cafés throughout the country.

The Czech Republic is a European Union country, so you are allowed to buy many items tax-free, including aftershaves and perfumes, cosmetics, clothing and accessories, champagne, wine, spirits, and gifts and souvenirs. When arriving from a non-EU country, the limits on import include 200 cigarettes, 50 cigars, four liters or wine and one liter of liquor.

Consulates in the Czech Republic

Click here to learn about Visas and Vaccinations in Czech Republic