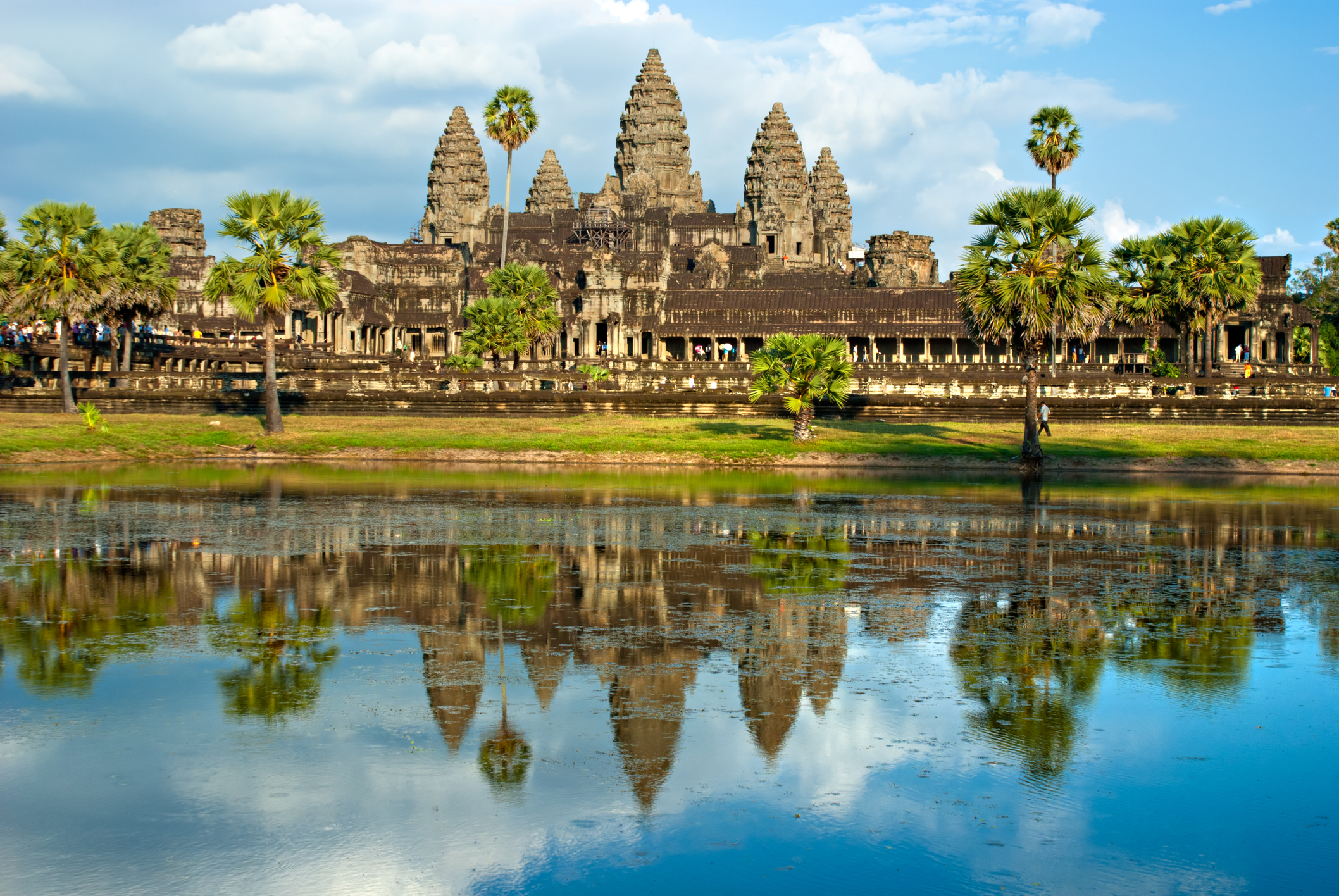 A mystical land of shimmering temples, picturesque paddy fields, and grisly history, the Southeast Asian Kingdom of Cambodia has ascended from the ashes of decades of genocide and civil war to become one of the region’s most vibrant and most diverse tourist destinations.

The country is most famous for being home to the world’s largest religious building, Angkor Wat. Cambodia’s breathtaking temple is a symbol of national pride and even features on the country’s flag, which is the only national flag on any building. Since the country reopened its borders in the 1990s, hundreds of thousands of tourists have flocked to witness what is surely one of the world’s greatest architectural feats.

In the energetic capital, Phnom Penh, once referred to as the "Pearl of Asia," you’ll be both amazed and humbled by the sights the city has to offer, from the dazzling gold peaks of the exuberant royal palace, to the harrowing, blood-stained walls of the Khmer Rouge prison in Tuol Sleng.

While Cambodia has carved a reputation over the last decade as a backpacker haven, the major hubs of Phnom Penh, Siem Reap, and Sihanoukville now cater to the accommodation needs of most tourists, with a particular shift in focus recently to high-end and boutique resorts. Phnom Penh, in particular, offers a wide variety of restaurants, bars, and local beer gardens providing food and drink at reasonable prices compared to those found in other Asian capitals.

In the quieter provincial locations, Western influence still lacks and you get a true feel for how Southeast Asia once appeared and functioned. Go deep enough and you may be the first barang (a Cambodian expression referring to a foreigner) face a local has seen. Better still, you may be invited to share a dish of prahok, a pungent paste made with fermented fish and salt, and a bottle of homemade rice wine. Ecotourism has also made its mark in recent years, if a stay at an elephant reservation or chilling out in a jungle tree house sounds appealing.

In fact, most of Cambodia’s most enticing activities are located outside of Phnom Penh. Set on the coast, a 90-minute drive from the capital, are the heavily French-influenced towns of Kampot and Kep. The best way to discover these sleepy towns is to rent a motorcycle in Kampot and cruise along the promenade, which is lined with faded French villas and quaint riverside cafés, before setting off on the winding drive through the paddy fields towards the seaside retreat of Kep. Temple tours around Siem Reap are a great way to spend the day, while trips on the behemoth Mekong River provide an alternative way to discover real Cambodia.

The kingdom still suffers from poor infrastructure networks due to the years as a war torn nation. However, recent improvements to domestic air routes means the long, treacherous bus journeys are no longer a necessity, although still a cheap way to travel. Another alternative, especially if traveling in a group, is to rent a taxi or, for longer trips, car rental can be a good option.

Click here to learn about Things to Do in Cambodia