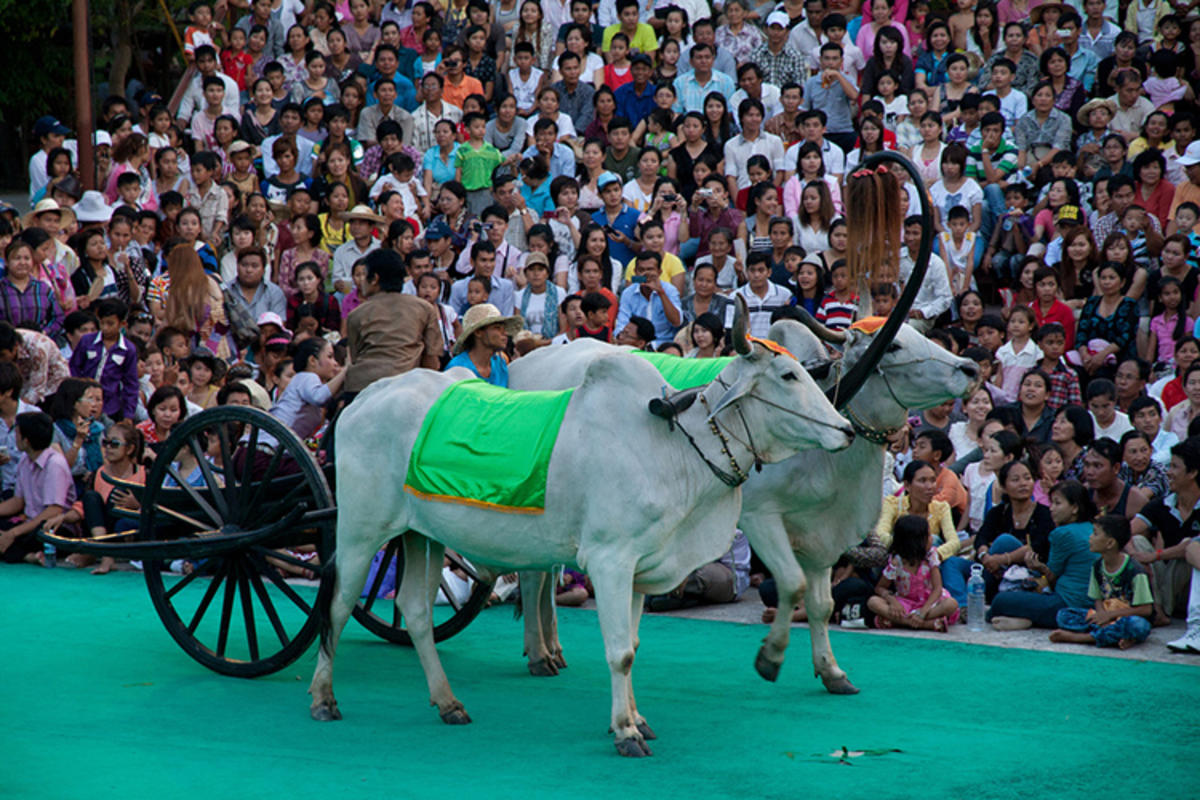 Cambodians, like most people, love an excuse to have a party, and they know how to have a good time in style. Events such as Khmer New Year and the Water Festival are great times to visit the country and celebrate alongside the locals as they dance, drink, sing, and pray. Cambodia holidays are time to let your hair down and embrace the culture of this fun and festive Asian nation.

Late January to mid-February (it varies each year) see the celebration of Chinese and Vietnamese New Year. Although Cambodia celebrates its new year a couple of months later, these festivals are still huge in Cambodia, particularly in Phnom Penh where most of the commerce is run by Chinese businessmen. Most establishments close for the duration and a number of parties can be seen around the streets.

The biggest and most manic celebration of the calendar, Khmer New Year kicks off in mid-April. It is a fantastic time to visit the country and immerse yourself in the jovialities, and although the sun is at its fiercest in April, chances are the locals will take great enjoyment in regularly dousing you in water and talcum powder. While many Phnom Penh residents take this opportunity to visit the provinces and spend time with their families, the city is abuzz with activity, particularly at Wat Phnom and on the lawn outside the Royal Palace where groups of all ages congregate to enjoy the festival.

One of the kingdom’s more unusual dates on the calendar, the Royal Ploughing Ceremony is an annual agricultural celebration held in early May to discover how fruitful the year’s crop will be. Led by the royal family on a lawn outside of Phnom Penh’s National Museum, the royal oxen auspiciously lets the gathered crowd know the fate of their crop. A bizarre, but must-see ceremony!

One of Cambodia’s most religious celebrations, Visakha Puja celebrates the life of Buddha, from his birth, to his enlightenment and eventually his passing away. The festival is held on the eighth day of the fourth moon and can be observed at temples around the country. Angkor Wat is a great place to experience the celebration, as hundreds of monks form a candle-lit processional.

P’Chum Ben (Festival of the Dead)

An odd celebration in which the living pay respect to the dead is a Buddhist All Souls’ Day of sorts. Extremely superstitious locals head to the temples and make offerings of paper money, flowers, food, and candles. Monks mediate the ceremonies and devout Buddhists are expected to visit seven temples during the entire event.

Quite possibly the best party in all of Cambodia, the whole country flocks to the capital and the major cities during Water Festival. One of the most significant dates of the year, Bon Om Tuk celebrates the god-king Jayavarman’s victorious ousting of the Cham invaders from Angkor in 1177. The cities are awash with live music, food stands, vendors, and a real celebratory vibe, while hundreds of colorfully decorated boats hit the rivers for big races. If you do plan on joining in, it is advised to book a room well in advance.