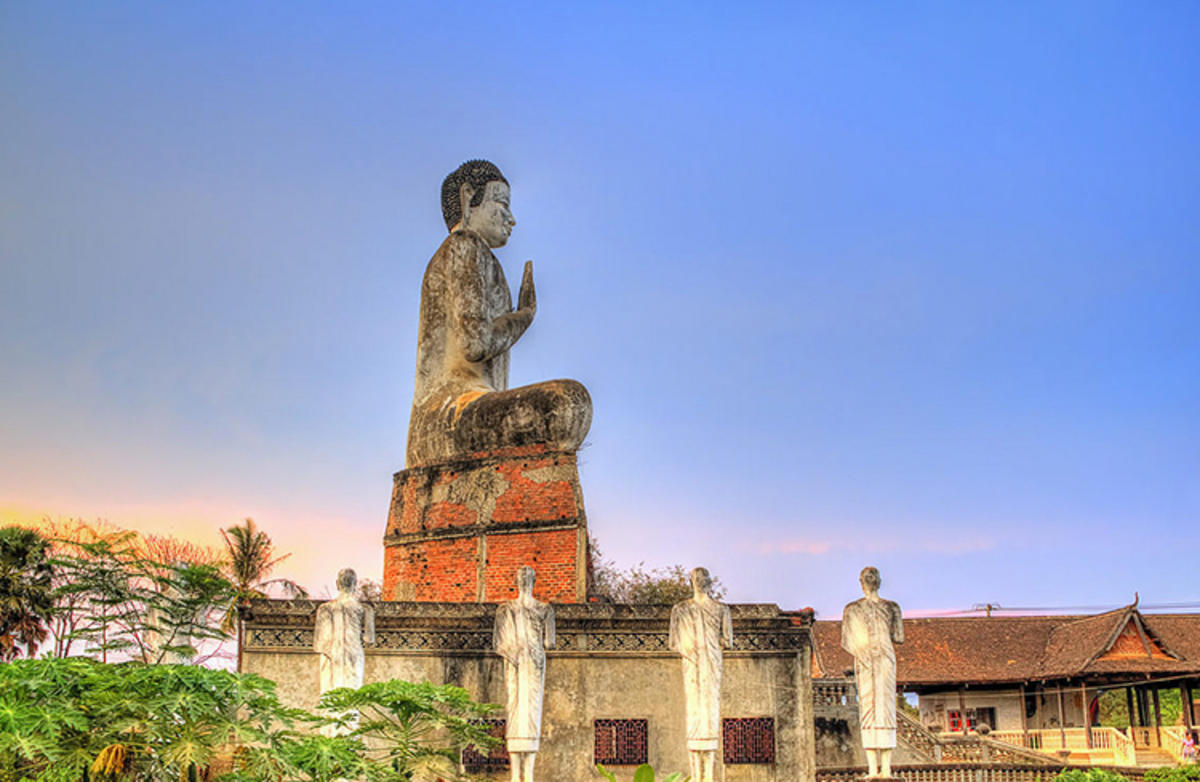 Cambodia, once a land of the greatest empire in Southeast Asia, seems to have been in constant decline since the fall of the great Angkor army. Tossed back and forth between its neighboring powerhouses Thailand and Vietnam until succumbing to French colonialism and then enduring harrowing destruction at the hands of its own people, it’s only recently that there appears to be light at the end of the tunnel for this majestic country.

The Khmer people are thought to have been among some of the first settlers in the Southeast Asian region around the 1st century CE and actually lived in a way not dissimilar to how Cambodian communities along the Mekong live today, on stilted houses, cultivating rice, and fishing. They are also believed to have adopted both political and religious ideas from neighboring India.

Chenla, or Kambuja, the first independent state occupied by the Khmer people, came to prominence in the 6th century and was ruled by Jayavarman I. After centuries of turmoil, the territories now known as the Khmer Empire slowly became consolidated under the rule of Jayavarman II, the first king of what was to become the greatest reign of Southeast Asia.

For the next few centuries, the Khmer civilization, or Angkor Empire, thrived. While infighting persisted towards the end of this period, it was in post-turmoil times that art and architecture blossomed most, particularly after Suryavarman II took the throne and once again reunified the nation. Suryavarman is fondly remembered in Khmer folklore as the king who commissioned the construction of Angkor Wat. In the 12th century, under the rule of the great reformer Jayavarman VI, Angkor’s cultural and political influence hit its peak.

After his death, the empire fell back into similar patterns, as regal and religious turmoil in the upper echelons gradually tore Angkor apart from the inside. The declining empire limped on until 1431, when a new regional power and foe to this day, the Thai civilization, sacked the once mighty Angkor Thom.

From the 15th to the 19th century Cambodia continued to suffer at the hands of weak rulers who sought protection of the throne against contenders from their neighbors, Siam (Thailand) and Vietnam, who were both becoming increasingly powerful. The country continued to lurch back and forth from the protection of these two kingdoms. However, as Europe’s powerhouses continued to flex their muscles in Asia, the political arena changed once more.

In 1860, Norodom I ascended to the Cambodian throne and three years later was forced into signing a protectorate with France. In theory, this probably saved the kingdom from being swallowed up by its neighbors. However, within 20 years Cambodia had become just another colony within French Indochina. While the colonial masters did little in the way of advancing life for the everyday Cambodian, the reverence of the royalty was restored and Siem Reap was recouped from Siam, bringing the symbolic Angkor Wat back into the hands of Cambodia once more.

The outbreak and eventual conclusion of WWII saw France lose its stronghold on the Asian colonies and plunge into war with Vietnam, events which allowed the first glimmers of independence to sparkle in Cambodia. Led by the young King Sihanouk, independence finally came in late 1953 and was followed by years of reform and what some have referred to as Cambodia’s ‘Golden Era’. Arts and culture thrived, Phnom Penh expanded, and Angkor Wat became one of Southeast Asia’s great tourist attractions. Yet, in typical Cambodian fashion, it didn’t take long for things to descend into chaos again and by 1970; revolution was firmly in the air.

Under the leadership of Lieutenant General Prime Minister Lon Nol, the army staged a coup, removing the king, and within months the infighting started once more. A number of factions rose up against Lon Nol’s new government, in particular, the Communist Party of Kampuchea, or the Khmer Rouge. Led by a new wave of Paris-educated socialists, specifically Pol Pot, the Khmer Rouge forced the government out of Phnom Penh in 1975 and immediately set to work implementing their new regime.

The cities were emptied, religion abolished, banking systems wiped out, and communication with the outside world halted. Almost all of the population was sent to work in the fields as part of a new revolutionary agrarian system. Over the next four years, the radical and ruthless Khmer Rouge committed one of largest atrocities of the 21st century where it is estimated between 1.2 and 1.6 million Cambodians were murdered 1975 through 1979.

In the final years of its hellish reign, the Khmer Rouge began to attack Vietnamese provinces, leading to an all out invasion on Cambodia by Vietnamese forces over the Christmas of 1978. Pol Pot and his government were defeated a mere two weeks later. However, the next decade saw further misery compounded by this shattered nation’s people, with civil war raging into the 1990’s. In 1992, after peace talks, the United Nations Transitional Authority in Cambodia took the reins and went about organizing the country’s first legitimate election, putting the kingdom on a slow and thoughtful road to recovery.

Family and religion are the two key elements to everyday Cambodian culture. Although religion switched from Hinduism to Buddhism during the formative years, the latter was firmly established in the 13th century and is now the chosen faith of about 90 percent of the population. Almost every home and establishment in the country is host to a shrine of some form, upon which regular offerings, usually for good luck, are made.

Family and hierarchy within society as a whole are extremely important parts of the culture, with great respect not only given to senior members, but to elderly strangers. An obvious sign of respect is the traditional Cambodian greeting, the sampan, or the pressing of the hands together while bowing. Community life, particularly within the countryside, is very common, and families usually live in the same house or as neighbors.

Clothing is a significant part of Cambodian culture, with traditional attire still commonplace. The most well-known piece of Cambodian dress is the karma. This ingenious piece of cloth can be used for almost anything, ranging from a towel, a child’s hammock, protection from the sun, or just simply as a fashion accessory. Women and men still favor the sampan, a colorful material styled into a sheath, for the lower half of the body, although both sexes now usually wear typical western clothing. This type of attire is still pulled out for special occasions, especially weddings.

In terms of dance, Cambodia is most famous for its aspara (nymph) dancing, which stretches back to the heyday of the Angkor Empire. Aspara is celebrated for it unique use of the hands and feet to express the mood of the dance, while the performers are usually adorned in authentic, lave outfits. Although the Khmer Rouge regime brought about a great decline in literature, music, and film, they are gradually starting to make their way back into modern culture, spurred by a revival of 1960’s musical acts and movies.

Click here to learn about the Weather in Cambodia