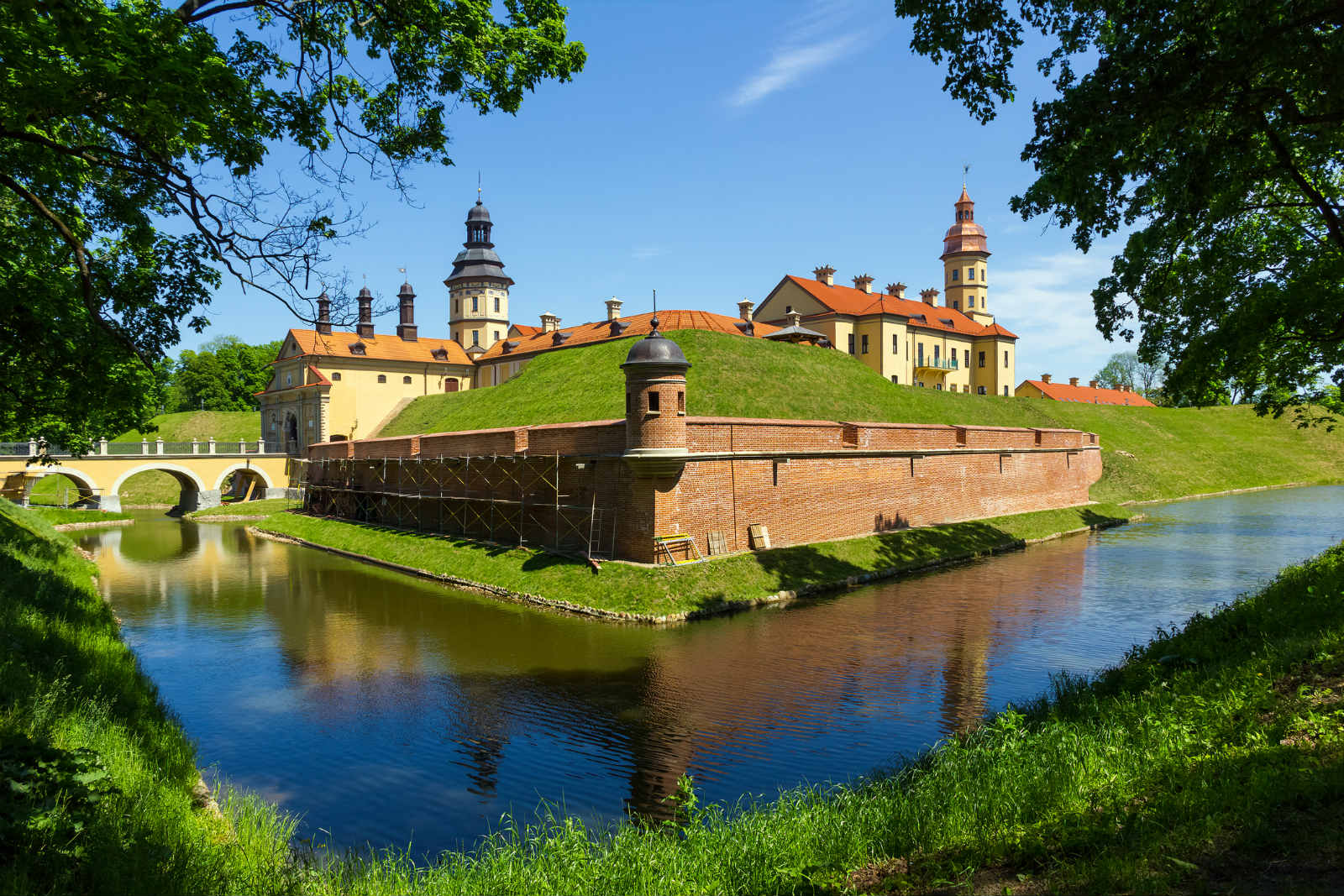 Once part of Soviet Russia, Belorussia (White Russia), as it was previously known, remains outside of European politics and capitalism, leaving it void of advertising and Western influence, one of Belarus’ main appeals. The sprawling landscapes are home to mystical forests, placid lakes, and picture-perfect villages, in addition to vibrant cities, formidable castles, and ancient monasteries. The capital, Minsk, is slowly emerging as a cosmopolitan communist-style city, and what Belarus lacks in tourist infrastructure, it makes up for in chic cafés and pleasant parks. Outside the capital which was completely flattened in WWII, visitors are drawn to the impressive national parks and wetlands where wildlife is abundant.

Although the political situation in Belarus remains bleak, the people are extremely friendly and hospitable, and the rich heritage of the area is evident in the culture and cuisine. Local dishes include borshch, a beetroot soup topped with sour cream, and dracheny, a potato-based meal served with pickled berries. In recent years, Minsk’s cultural influence has grown, and the city is now home to opera, ballet, theater, and a buzzing nightlife. Accommodation options are widespread, with two-, three-, and four-star establishments located in the major cities, in addition to a number of campsites throughout the country.

There are many opportunities to indulge in adventure and outdoor activities, including organized hunting trips, skiing in the peaks near Minsk, and hiking through the beautiful forests. Tours of the charming villages, Brest Fortress, and many other grand, stately castles can be arranged, in addition to visits to the spectacular nature reserves.

The most popular options for getting around Belarus and exploring the scenic landscapes are by train and bus. Traveling by bus is convenient and inexpensive; however, trains tend to be much more comfortable and offer stunning views of the deeply forested countryside along the way. For many young locals, hitchhiking is a common practice; however, while Belarus is a reasonably safe country, this is not recommended for travelers.