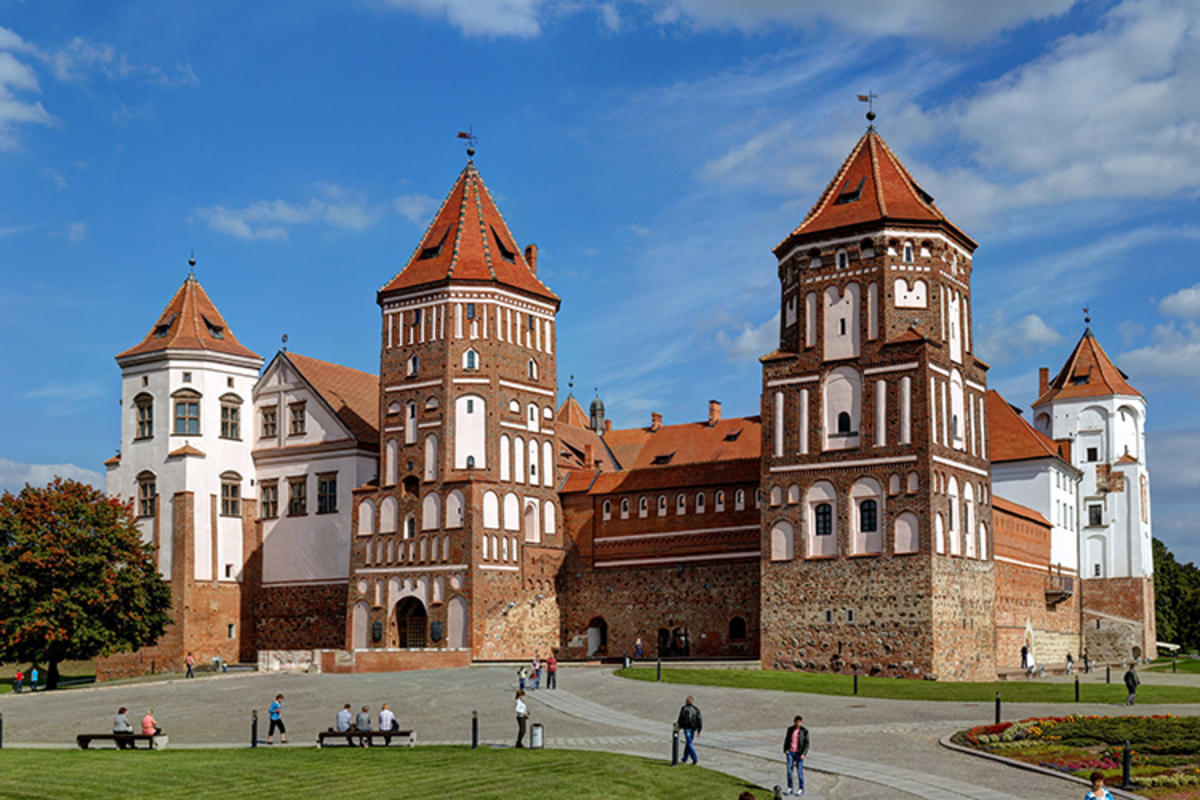 Although Minsk was turned to rubble in WWII, the city is gradually finding its cultural roots once more, with an array of museums, ballet and opera gradually being rebuilt. The National Museum of Belarusian History and Culture and the National Arts Museum are well worth a visit, while outside the capital, trips to the Chagall Museum and Dudutki make for great daytime attractions.

One of the most visited attractions in Belarus; Brest Fortress is perhaps the most impressive Soviet WWII memorial in the region. The enormous fortress, constructed between 1838 and 1842, has been the site of many significant moments in eastern European history. In 1941, the city was taken by surprise by German troops; however, the two regiments bunking at the fort managed to valiantly hold back the invasion, withstanding 500 cannons and 600 bombs. The fortress now acts as a memorial to this amazing feat and encompasses a museum which exhibits the brave actions of the Belarusian regiments. It is also home to the historic White Palace, where, in 1918, the infamous Treaty of Brest-Litovsk marking Russia’s departure from WWI was signed. Phone: n/a Address: Brest Website: n/a

Located on the outskirts of the sleepy village of Dudutki, this open-air museum provides insight into life in 19th century Belarus. A great day trip from Minsk, the facility exhibits authentic crafts, including pottery, carpentry, and handicrafts, in addition to traditional baking techniques. Homemade potato pancakes, sausages, and dumplings are available to sample and purchase at reasonable prices. Lush gardens surround the area and there is a functioning windmill which is worth a visit. A nearby field offers horseback riding lessons. Phone: +375-2-137-2525 Address: Dudutki, south of Minsk Website: www.belarus.net/polyfact

Founded in 1125 by the country’s first saint, St Efrasinnia Monastery is situated in Polatsk. St Efrasinnia was the first female to be canonized by the Orthodox Church and she established the city’s premier library and the convent. One of the region’s most exquisite examples of 12th century religious architecture, the quaint, yet impressive, monastery houses the remains of its creator in a glass coffin, as well as a variety of supposedly miracle-performing relics. Religious services at the place of worship started again in 1990 and today, more than 90 female monks live and work here. Phone: +375-214-445-679 Address: vul Efrosini, Polotskoi Website: n/a

One of the most significant names in 20th century art, Marc Chagall is probably the most iconic Belarusian in modern history. Part of the surrealist movement, Chagall is celebrated in this impressive museum, which is home to more than 300 original pieces of work, dotted lithographs, and a handful of replicas. Set in a charming park, the museum is located in the city of Vitsebsk. Phone: +375-212-360-387 Address: vul Punta 2, Vitsebsk Website: www.chagall.vitebsk.by

The pseudo-old town area of Traetskae Prodmeste was rebuilt after the WWII destruction of Minsk to reflect the style and atmosphere of the Belarusian capital in the 17th and 18th centuries. The plaza’s name translates to “Trinity Suburb,” and the square is one of the most popular tourist attractions in the city, drawing visitors and their cameras throughout the year. There is a pleasant collection of cozy cafés, restaurants, and bars in which to spend a lazy afternoon watching life pass by. Phone: n/a Address: North of Svislach River, Minsk Website: n/a

One of the country’s most architecturally impressive religious buildings, the Catholic Farny Cathedral is situated in Hrodna. The beautifully ornate altar within the complex leads to an epic altarpiece decorated with sculpted saints. Construction began in the late 1600’s and continued throughout the 18th century, as a number of renowned designers contributed to the evolving cathedral. Although the Soviet regime tore down many of the region’s places of worship, this impressive construction was left untouched. Phone: +357-152-442-677 Address: Plaza Savetskaja, Hrodna Website: n/a

Museum of the Great Patriotic War

Established in 1944, the Museum of the Great Patriotic War was the first WWII museum to open while fighting was still ongoing. It was relocated to its current spot in 1966 and most of the exhibits are made up of wartime photographs reflecting the bravery and horror of the conflict on Belarusian soil. Above the building, a symbolic sign reads: The Feats of Mankind Will Live on for Centuries. Phone: +357-172-775-611 Address: Francyska Skaryny 25A, Minsk Website: n/a

Click here to learn about Food and Restaurants in Belarus