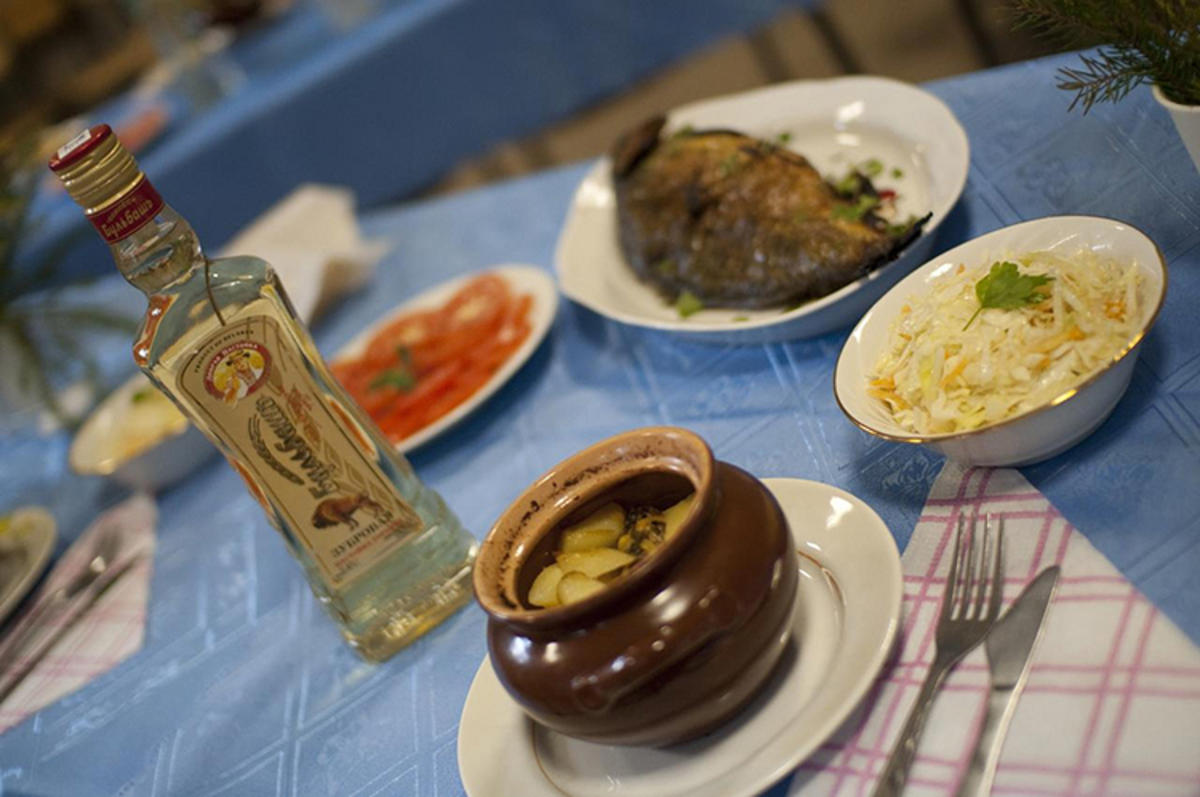 Over the years, Belarus has honed its own cuisine, drawing influences from neighboring Russia, Ukraine, and Poland. Although the food is sometimes said to lack the quality and originality of neighboring countries, Belarusian dishes proudly retain their own identity and flavor. Local restaurants serve up some fantastic dishes, including borshch, a beetroot soup, Minsk cutlet, and many pork and potato-based meals. Russian wheat vodka is a popular beverage, in addition to kvass, a drink made from fermented, malted brown bread or rye flour. Rye is common in many dishes and most local bread is made from the grain due to country’s inability to grow wheat.

Bars and Pubbing in Belarus

Minsk’s nightlife has steadily grown in recent years, offering tourists a number of places to go out in Belarus. Whether you enjoy throwing back a couple of local brews on the street or prefer a lively bar with music, Minsk city center is a great place to head. One of the favored hangouts is the vibrant beer hall of Rakovski Brovar (Vitebsk 10, city center, Minsk), which attracts a varied crowd throughout the evening and sells a plethora of beers and wholesome plates of meat. The less rowdy, chic café Malako (Nezavisimosti 37A, Victory Square, city center, Minsk) is usually packed with hip youngsters and aspiring artists.

The area east of downtown Belarus has recently emerged as a thriving destination for drinkers and socialites, boasting some of the capital’s top bars, including Loft Cafe (Brovky 22, Minsk), a funky place to grab a beverage in the early evening. It is ideally located near the trendy, progressive club Graffiti (Kalinina 16, Minsk), one of the capital’s top live music venues.

The nightlife in Brest is far more low-key than in the capital; however, there are still a few bars worth checking out. Cafe Rondo (Savetskaja 45, Brest) is a favorite by travelers for its nostalgic, Soviet-style atmosphere, with shot glasses on every table and cheap vodka in abundance. Magellan (Komsomolskaya, Brest) is another popular watering hole, with many of the local youngsters piling in before heading to the clubs.

Dining and Cuisine in Belarus

Minsk city center is the best place to savor local flavors, while also boasting a few good international restaurants. The charming, street side Grunwald Cafe (Karla Marxa 19, city center, Minsk) serves up dishes from around Eastern Europe, while the nearby Verhniy Gorod (Plaza Svobody 4, city center, Minsk) is popular for its eclectic menu and great views of the river.

A number of great restaurants just east of the center are also due a visit, such as the Graf Cafe (Nezavisimosti 116, Minsk). Although the surroundings and decor may not be authentic, the establishment - located on the top floor of the National Library - serves up some of Belarus’ most sumptuous local cuisine. A little further outside downtown, on the outskirts of the city, is the delicious Chomolunga (vulitsa Gikalo 17, Minsk), a seriously good sushi bar.

Although it can’t compete with the food found in the capital, Brest is home to a few tasty eateries. The most notable restaurant is Jules Verne (Hoholija 29, Brest), a maritime-themed joint which peculiarly, yet successfully, combines Chinese and Indian cuisine. For a more authentic dining experience, head to Traktir U Ozera (Park Kultury, Brest), located in a stunning park, to sample some of the city’s best fish dishes.

Click here to learn about Shopping and Leisure in Belarus