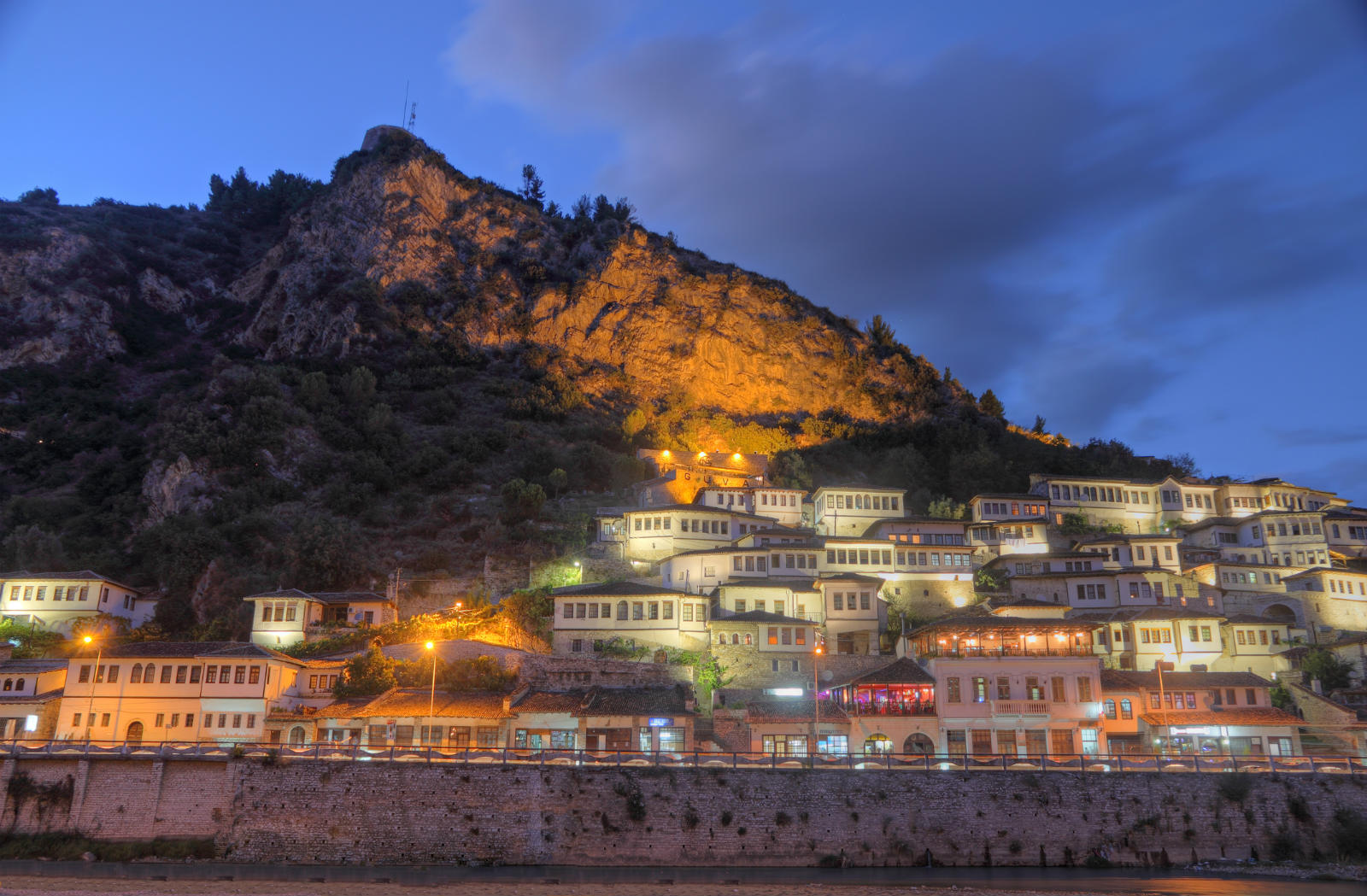 Considered for generations the most insular, mysterious, and secretive nation in Europe, Albania has broken away from its troubled past and charms visitors with its openness, accessibility, and wonder. No longer a land of blood feuds and absolute dictatorship; modern Albania has been recognized by many authorities as one of the most exciting and rewarding off-the-beaten-path tourist destinations in Europe.

For such a small country, Albania packs in a multitude of possibilities, with alpine scenery, pristine beaches, and lush landscapes, all with an abundance of culture and history on show. The sights are as diverse as the people who live in this ancient land, which trace back to Graeco-Roman times. But now?just two decades after Albania emerged from the dark shadow of political unrest?is the time to visit while its secrets are largely intact and ripe for discovery.

From the leafy boulevards of Albania’s capital, to the rustic charm and UNESCO-protected sights of the hinterland, the country’s villages, towns, and cities will find easy appeal among urban adventurers. For those who appreciate the great outdoors, vast swathes of forested highlands, with their awe-inspiring rock formations, waterfalls, and trails, await those daring enough to discover them. The serene and picturesque lowlands, meanwhile, give valuable insight into how the Mediterranean coast was in ancient times.

With an open economy barely 20 years old, Albania can offer remarkably good value to visitors. It is only lately that tourists have started to arrive in the country, which allows the accommodation costs to be lower than in many Balkan states. Even the most unassuming of country lodgings are usually clean and well-maintained by modern standards. Meals are hearty throughout the country, and the influence of the Ottoman Empire, under which Albania was subject from the Middle Ages until the early 20th century, is apparent in the large, Turkish-style architectural feats. Laughter and dancing are almost compulsory, and visitors are welcome to join in all celebrations.

While it might have been politically isolated for a long period, Albania is now easily accessible for visitors by land, sea, and air. Land borders connect the country with Montenegro, Kosovo, Macedonia, and Greece. Just over 43 miles (70 kms) away from Italy, across the Adriatic Sea, Albania is also easily accessible by ferry and high-speed boat. A new international airport in Tirana is served by numerous flag carriers and low-cost airlines. Throughout the interior, the country is linked by roads and railways, while public transport and short distances between attractions combine to make Albania easy to traverse.

Click here to learn about Things to Do in Albania