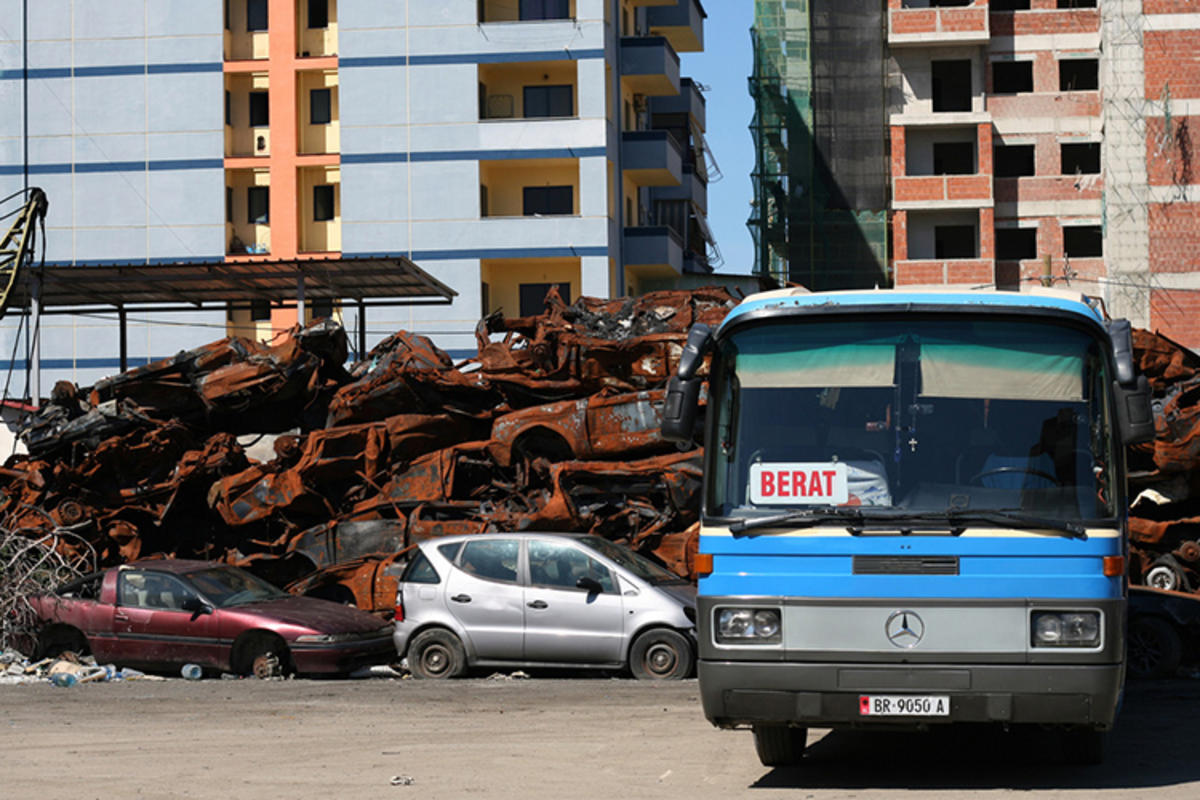 Even thought Tirana is walkable for the most part, tourists might need to call a taxi for transport. Almost invariably Mercedes-Benz models of all ages and states of repair, taxis are safe and convenient. Most services around the capital will cost between 200 and 500 lekke, and a price must be agreed upon upfront as Albanian taxis do not carry meters or rate cards.

It is possible to hail any yellow taxi on the street or seek out taxi stands near Tirana International Hotel, Hotel Europapark, Avni Rustemi Square, Et’hem Bey Mosque, and Wiston Square. Radio Taxi (+355-4-235-5555) and MerrTaxi (+355-800-5555) are two of the best known private taxi operators in the capital.

Taxis are available in all other major Albanian towns and cities, but passengers should make sure they negotiate a price before setting off. Local taxi numbers can be found in area phone books.

Most cities have car rental facilities. Given the nature of Albania’s countryside, renting a car can make for a great trip, but bear in mind the differences in quality of road surfaces across the country, as well as the local driving standards.

Railways first appeared in Albania in the 1940’s, under communist rule, and the carriages don’t seem to have been updated since. The rule of thumb is only take a train if there is no other option, and given the improving standard of Albania’s road infrastructure, there is almost always a second option. Tickets are cheap, and some routes along the mainly north-south line are rather picturesque.

Inexpensive bus services are operated privately. An alternative is a furgon, which is a shared minibus that only departs once it is full (the same can also be said for regular buses, which often don’t follow a formal timetable). Intercity buses usually depart early in the morning and ply a reasonably comprehensive network.