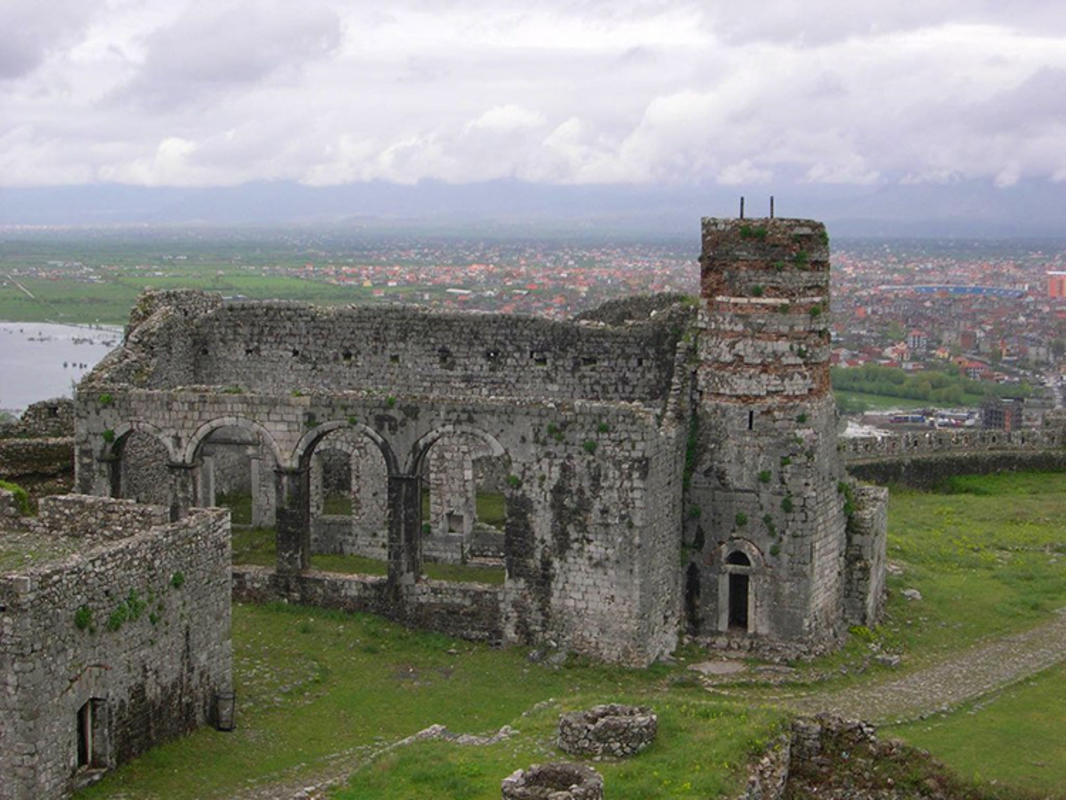 For many, the wild majesty of the Albanian Alps and Balkan mountain chains symbolizes the best of what the country has to offer. There is no doubting the natural beauty of these imposing ranges, with their breathtaking peaks, valleys, and rivers, but there is so much more to this remarkable little country than its sheer landscapes. Albania has something to suit everyone, from the lush countryside, the virgin beaches and blue waters of the coast, and the pleasant and historic towns scattered across the country.

The capital city’s National Museum of History is perfect for soaking up the dramatic political and social changes that have taken place here. The upper level has an exhibition devoted to one of Albania’s favorite daughters, Mother Teresa of Calcutta, while its coverage of 20th century events is especially thoughtful and poignant. Address: Skanderbeg Square, Tirana Phone: +355-4-222-3446 Website: www.hist.tirana.cchnet.it/historiku

Albania has had a long and fascinating history, and this massive pavilion alone can provide a rich lesson into some of its main chapters. Located right in the center of Tirana, Skanderbeg Square is dedicated to Gjergj Kastrioti, Albania’s most beloved hero, and houses an equestrian statue to the great man on one of its sides. This monument to Albanian greatness, however, sits in contrast to some of the buildings on the square, namely the Soviet-style architecture of the National Museum of History, the former offices of the Sigurimi (the dreaded Communist-era secret police), and government buildings constructed by Mussolini, the Italian fascist. Together, these edifices and others provide a poignant retrospective of Albania’s remarkable story. Address: Tirana city center Phone: n/a Website: n/a

Just a stone’s throw from the Greek island of Corfu lies the ancient ruins of Butrinti, a UNESCO World Heritage site. This classical city is renowned for its beauty and size, and is surrounded by what is now an expansive national park. Greeks first descended on Butrinti from Corfu in the 6th century BC and the town quickly amassed prestige and wealth. Within a century, they had become a trading city with stone walls and an acropolis. Over the years, the Romans and the Byzantines also arrived, making today’s ruins a must-see for anyone interested in classical archaeology. Address: near Saranda, Albanian Riviera Phone: n/a Website: n/a

Climbing to 1,000 meters in height, the road south of the northern town of Vlora ascends the Llogaraja Pass to reveal some of Albania’s most dramatic scenery. The pass takes a route through the Thunder Mountains, peaks loved by the locals for their steep sides that crash into the sea and summits that soar into the clouds. The highway, which is regarded as the steepest in Europe, twists and turns through Llogara Canyon with the sea by its side, and a ride along it makes for a mesmerizing experience. Address: Ionian coast Phone: n/a Website: n/a

Located in central Albania, a three hour drive south of Tirana, Berat is both a sizeable working city and a charming medieval township. Its citadel quarter has been well preserved over the years to the point that it was inscribed a UNESCO World Heritage site. Protecting a number of beautiful old churches and house full of character, while this is a great place for visitors to explore, it also provides some spellbinding views of the city below and all the way to the holy Mount Tomorri far in the distance. Address: Berat, south-central Albania Phone: n/a Website: n/a

The dramatic scenery of northern Albania, just south of the Kosovo and Montenegro borders, provides the backdrop for the glassy waters of Lake Koman. A ferry trip along the length of this waterway provides a memorable experience of untouched landscape. However, the journey also has its own punch line: an optical illusion towards its conclusion gives the impression that you are sailing into one of the steep walls of the gorge until, at the very last minute, the water opens up again as you maneuver into a passageway between two vertical walls of stone. It is a magical experience. Address: ferries depart Breglumas, near Fierze, Kukes region Phone: n/a Website: n/a

The attractive northwestern town of Shkodër is one of the oldest and most historic locations in the country. It serves as a convenient base for exploring the many ancient battlements, such as Rozafa Castle located nearby. A good example of an Illyrian stronghold, Rozafa was first constructed in 167 BC; however, over the years it was consistently maintained and rebuilt through the dark ages. To illustrate its longevity, the castle played a central part in two sieges of Shkodër, each separated by 434 years, with the most recent in 1912. Address: Shkodër, northwestern Albania Phone: n/a Website: www.rozafacastle.com