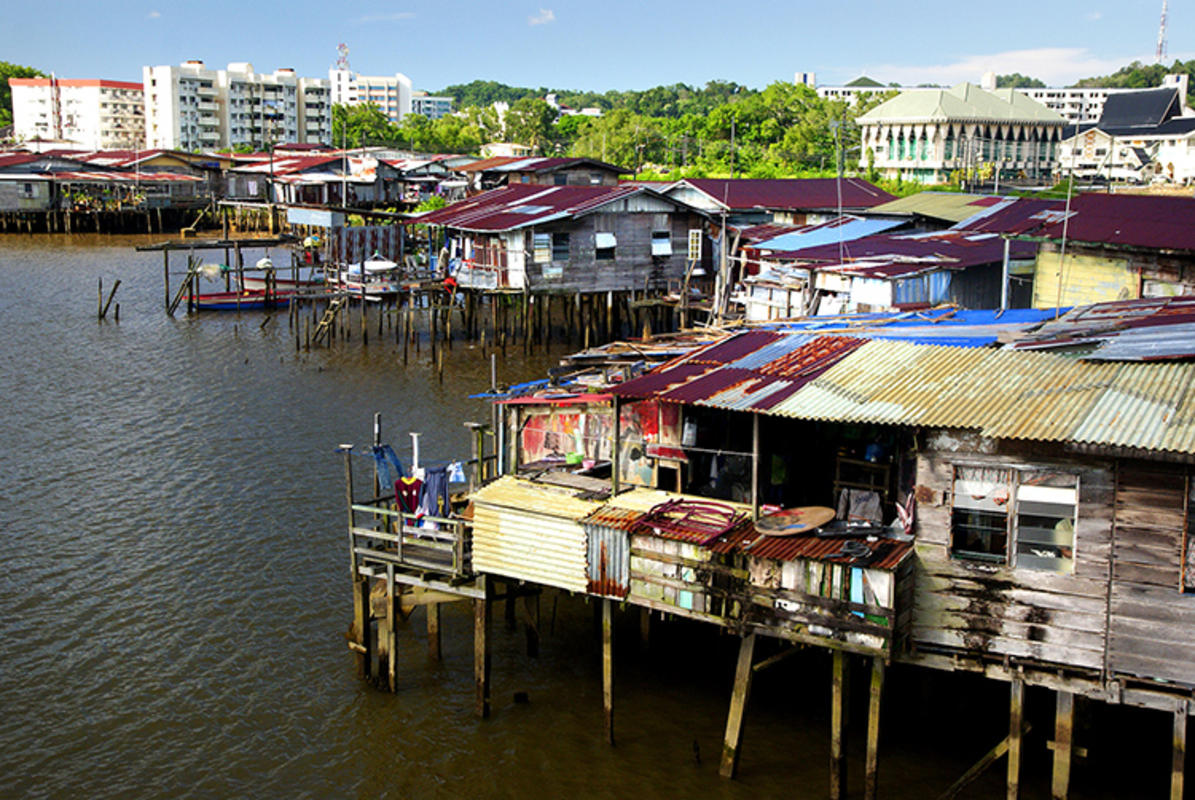 Brunei was once was a large empire that encompassed the southwest portion of the Philippines and the entire island of Borneo. It is now among the smallest countries in the world, but has maintained its majestic glory and is still one of the richest nations in Southeast Asia.

The earliest recorded history of the country can be found in documents discussing China’s trade with Puni during the Tang Dynasty in the 6th century AD. Brunei was initially a part of Java’s Majapahit Empire. Its glory days were in the 15th to the 17th centuries, when it encompassed the southern Philippines and Borneo’s northwestern coastal areas.

James Brooke, a British imperialist and adventurer, helped the sultan resolve the rebellion caused by inland tribes in 1838, rewarding him with power over a section of Sarawak. Brooke appointed himself as a “Raja” and eliminated the pirates of Borneo, promoted peace, and deliberately forcing treaties with the sultan, causing Brunei to be divided in half by 1890.

Brunei became a protectorate of Britain in 1888, but in 1929 it regained rights to its own land when oil was discovered. The country flourished when offshore oil fields were developed in the 1960’s. By 1984, the 29th Sultan, Sultan Sir Hassanai Bolkiah, led Brunei to independence from the British. A US $350-million palace was built in celebration of his success.

In 1998, Crown Prince Al-Muhtadee Billah, the son of the sultan was declared heir to the throne. As the 30th sultan from his family, amendments to the constitution were finally made in 2004 to allow the first parliamentary elections in Brunei.

Brunei’s culture is very similar to other Malay cultures, but it is also influenced by the country’s diverse population – two-thirds are Malays, and the remaining residents are Indians, Chinese, and indigenous Kedazans, Dusuns, and Dayaks. Bruneians are very family-oriented and welcoming.

Sharia, the religious law and moral code of Islam, is followed, which prohibits the public consumption and sale of alcohol. There are no official clubs or pubs in the country, and the Western style of nightlife is limited. For entertainment, there are cinemas showing the latest Hollywood films. There are restaurants, shopping and drinking across the border in Malaysia.

Click here to learn about the Weather in Brunei