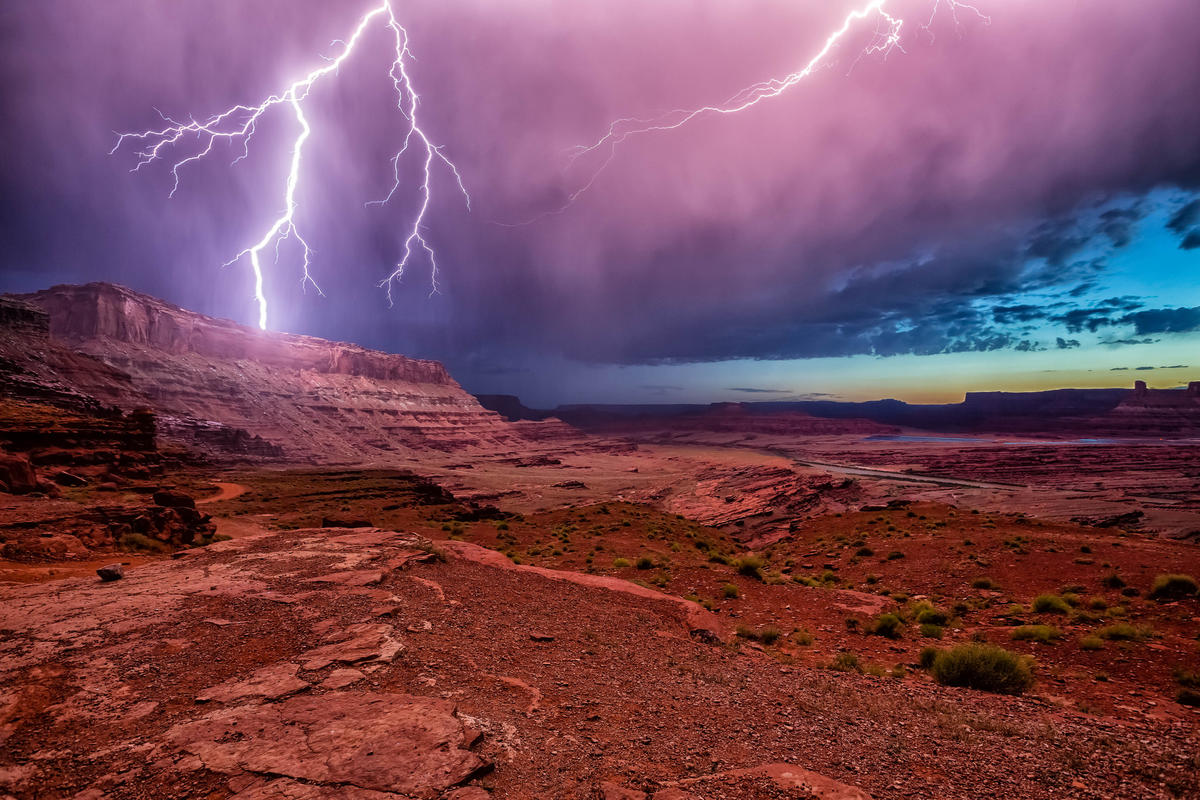 The United States is a large country with a huge variety of landscapes. Therefore, the climate is extremely diverse. Almost every major weather system found on Earth can be located somewhere within the US. The northern areas and the Midwest states experience cold, frigid winters (December through to February) with temperatures that can reach well below 0°F. Summers (May to August) average between 80°F and 90°F, across the board, although temperatures over 100°F are not uncommon in some areas.

The southern region is also diverse. In places like Florida, the summer season regularly hits 90°F. However, the winter days can fall below 32°F or hover around 60°F in some of the more mild regions.

The Rockies, which include states like Colorado and Wyoming, experience cold temperatures throughout much of the year. Snow is usually measured at more than 500 inches in one long winter season in some places. The southwestern desert states of Arizona and New Mexico are renowned for their heat, where the mercury hovers around 100°F in the summer. Winter months see a drop in daytime temperatures, with snow not a regular occurrence.

The wettest area in the United States is generally the Pacific Northwest. Oregon and Washington are well-known for their rainfall and foggy haze. In the winter months, precipitation is at its heaviest, but snowfall is rare, which makes for wet and gloomy days between September and March.

There is no best time to visit the US, as the entire country is filled with a great range of environments, landscapes, and climates. Different regions have different peak seasons, so travelers have an exciting range of possible tourist opportunities. The warm California coast is filled with people most of the year, especially during the long school holidays. This usually leads to pricy hotel rates, higher transportation costs, and heavier crowds in places like Los Angeles and San Diego. Florida’s eastern beaches also see its peak season in July and August, but the Christmas and New Year’s period is also busy with northern US travelers trying to escape the winter.

The colder climates, including the Rocky Mountain region peak during the winter. There are a fantastic number of ski resorts operating in the alpine states. In order to save money when traveling, visitors should hit destinations in their shoulder season. Visiting Florida or California is recommended at the end of summer or beginning of fall, while the ski slopes of Colorado are best explored in the months of March or April.

Click here for Festivals and Events in the United States