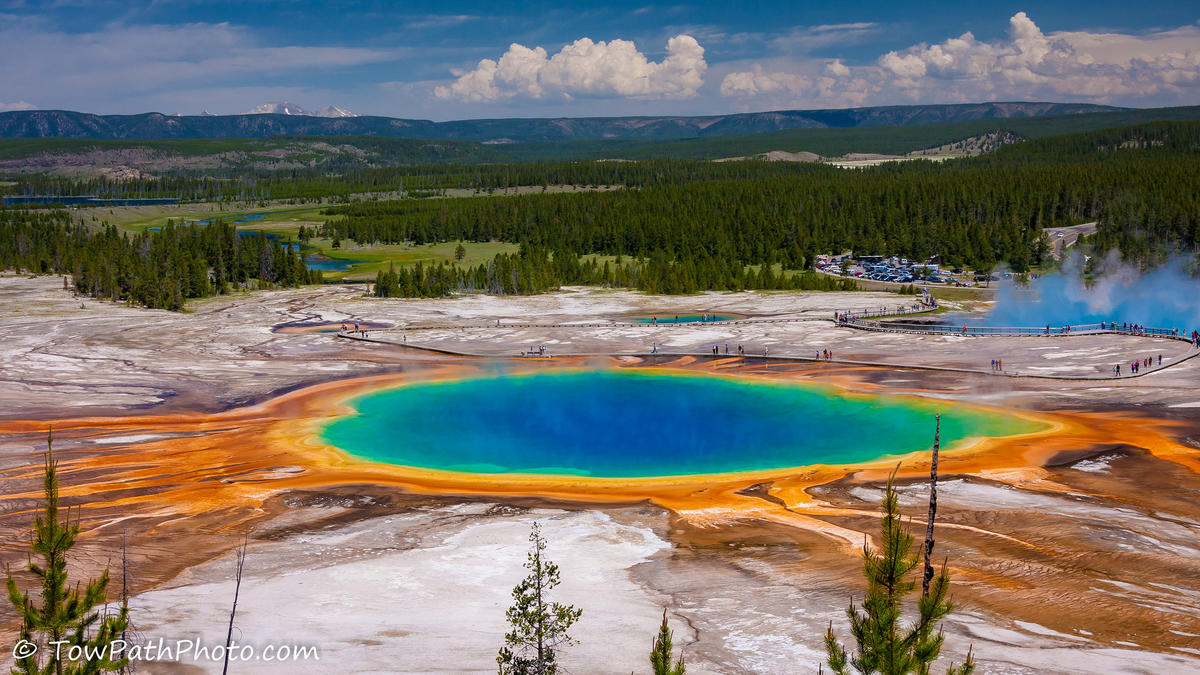 The United States boasts a number of the world’s leading attractions and there is truly something for everyone in any of the major cities. Natural sites, man-made marvels and entertaining parks make up a majority of the iconic landmarks. The Grand Canyon, formed over millions of years by the meandering Colorado River is one of the most recognizable venues on the planet. Mother Nature surprises everyone once more with the astounding beauty of Yellowstone National Park. Families may prefer the thrills of Disneyland or the culture of Times Square.

Arguably the most-visited attraction in the United States, Grand Canyon National Park is one of the Seven Natural Wonders of the World and welcomes millions of tourists annually. Powerful and inspiring combinations of geologic color and erosions decorate the canyon that is 277 miles long, 18 miles wide, and a mile deep. Guano Point and Toroweap Overlook are two of the most popular spots in the park. Address: 2 Albright Avenue, Grand Canyon Village, Arizona, US Phone: +1-928-638-7888 Website: http://www.nps.gov/grca/index.htm

Regarded as the first national park in the world, Yellowstone is a fantastic place for a nature escape. Well known for its geothermal landmarks and diverse wildlife, the park extends across the states of Montana, Wyoming and Idaho. Old Faithful is a major landmark and the large geyser has been attracting visitors since opening. Yellowstone Grand Canyon is also worth visiting. Address: 200 Wyoming, US Phone: +1-307-344-7381 Website: http://www.nps.gov/yell/index.htm

New York is a magnificent city with plenty of fascinating buildings and culture. The epicenter Times Square, a large intersection in Manhattan found at the junction of Broadway, Seventh Avenue, and 47th Street. It is bright to say the least, and one of the only places in the world that rivals Tokyo’s Ginza district. Nearly 40 million tourists venture here every year, making it one of the world’s most visited destinations. The famous ball drop takes place here on New Year’s Eve, spilling over with people. Broadway, restaurants, flagship stores and plazas line the square, making it one of the iconic images of America. Address: Times Square, Theater District, New York City Phone: +1-212-730-7555 Website: http://www.timessquarenyc.org/index.aspx

The original Disney theme park, Disneyland is said to be where dreams come alive. Touted as one of the best family vacations in the world, many fantastic theme parks are located within the one complex. It was opened way back in 1955, but has been continually revamped every year to incorporate new characters and rides. Adventure Land, Frontierland, New Orleans Square, and Critter Country are just some of the major sites within the park. Address: 1313 South Harbor Boulevard, Anaheim, CA 92802, US Phone: +1-714-781-7290 Website: http://disneyland.disney.go.com/

Built in 1964, Universal Studios Hollywood is a film-based theme park which captures the imagination of thousands of travelers a year. The franchise has expanded to include offshoots in Orlando, Singapore and Osaka, but the California outpost is the original. Thrill rides, 3D and 4D experiences are found throughout, and there’s so much to do there are two hotels on site for multi-day visits. Address: 100 California 170 Universal City Plaza, Universal City 91608, US Phone: +1-818-622-3801 Website: http://www.universalstudioshollywood.com/

Located in Colorado, Rocky Mountains National Park is a tremendous nature preserve in the heart of North America’s famous alpine region. Extensive forests, tundra, wildlife, historical monuments and miles of walking trails are found within the park. Fishing, camping, skiing, snowshoeing, and rock climbing are the main activities. Visitor centers in Lily Lake and Beaver Meadows can provide guidance. Getting to the park is best from US Highway 34 or State Highway 7. Address: 1,000 U.S. 36, Estes Park, Colorado Phone: +1-970-586-1206 Website: http://www.nps.gov/romo/index.htm

Shared between upstate New York in the US and Ontario, Canada, Niagara Falls is renowned for its stunning natural beauty. Board the Maid of the Mist ferry for a viewpoint right up to the falls themselves. Just be sure to wear a raincoat or poncho because the mist will soak right through your clothes. Try the Cave of the Winds, where you can visit the bottom of Bridal Veil Falls and almost touch the cascading water! Address: Niagara Falls, New York, US Phone: n/a Website: n/a

Washington DC’s National Mall is a fantastic destination for political aficionados or history buffs. Located in the green zone, some of the most famous US attractions include the Smithsonian, Lincoln Memorial, the Capitol Building, and other presidential monuments. You can even tour the White House to see where important government decisions are executed. Visiting on July 4 is recommended, but secure a hotel reservation first. Address: 900 Ohio Drive Southwest, Washington DC Phone: +1-202-426-6841 Website: http://www.nps.gov/nacc/planyourvisit/index.htm

Click here for Food and Restaurants in the United States