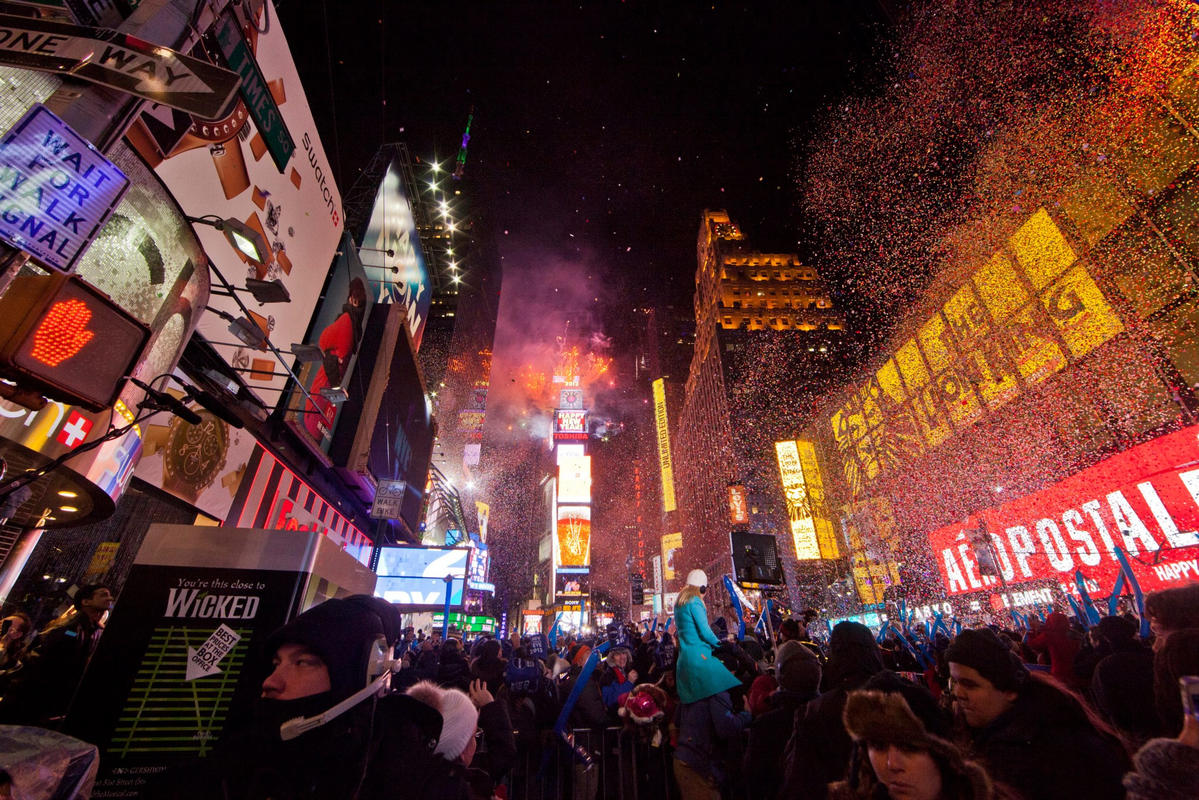 Across the United States each region is home to it's own festivals or events, but there are some that are ubiquitous for all. Independence Day celebrates the separation of America from British colonial power. Thanksgiving is another traditional United States holiday, commemorating the European arrival at Plymouth Rock with family feasts. On most of these national days, the majority of stores and businesses are closed.

The US celebrates the outgoing of the old year and incoming of the New Year quite dramatically. Every state boasts its own parties to ring in the New Year, but none is more extravagant than New York’s Time Square, which sees people overflowing into the neighboring restaurants, bars, parks, beaches, and neighborhoods.

The world’s most watched sporting event and one of the highest grossing TV days of the year, Superbowl Sunday is a spectacular extravaganza. Held the first Sunday in February, the Superbowl is the final playoff game between the NFL’s top two teams. The venue rotates every year around America, yet the local parties seem to remain. Pubs, bars and restaurants are great places to enjoy the Superbowl or locals throw their own parties with different variations of betting.

March 17 celebrates the US’s large Irish population. Many cities around the country boast boisterous parades and Irish-themed parties, especially New York and Chicago, where the river is dyed green. Be wary of the drunkenness that dominates as this is definitely a party-day.

Memorial Day is an important holiday throughout the United States, but not for crazy festivities. Parades commemorating wartime heroes are often held and the day is also the ‘unofficial’ start of summer. Most visitors follow the crowds to parks and beaches, which are capped off with informal BBQs.

Also known as the Fourth of July, Independence Day celebrates the US’s break from the British during the 18th century. Barbecues, street parties, beach trips, and weekend getaways are commonplace to appreciate freedom.

Halloween is a fun holiday on October 31 for all generations to dress up in costumes and relive their youth. Children walk around the neighborhood trick-or-treating for candy, while adults attend parties. Other seasonal events include haunted houses, pumpkin farms and carving, and corn mazes.

On the fourth Thursday in November, Thanksgiving is held in almost every home in the US. Tourists will have a hard time finding anything to do as the country essentially shuts down in observation. A typical Thanksgiving meal consists of turkey, stuffing, mashed potatoes and pumpkin pie commemorating the original Pilgrim’s feast at Plymouth Rock.

On December 25, Christians celebrate Christmas as the pinnacle of their calendar by attending church and opening gifts from Santa Claus. Almost everything shuts down to promote family togetherness. The northern regions hope to experience a “white Christmas,” with trees and festive lights blanketed by snow.

Click here for Things To Do in the United States