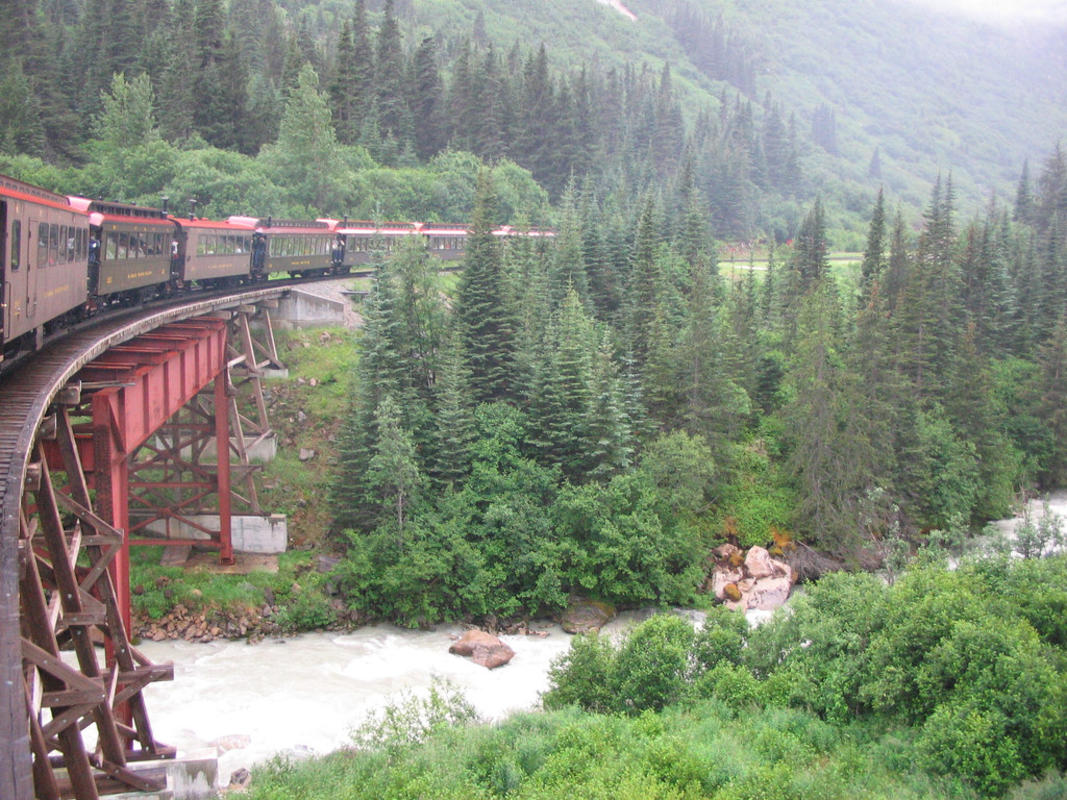 Whitehorse is also by far the easiest place to find car rental, the only way to travel throughout much of the vast lands. Be prepared to drive along some of the continent’s most isolated roads, where even the smallest of towns can be up to 125 miles apart. In summer, motorists should watch out for dust on gravel roads, which can be even more hazardous during icy winters and muddy springs. Working windshield wipers, plastic headlight guards, gravel screens, and five gallons full of extra fuel are essentials for any vehicle driving in the Yukon Territory.

Many Alaskan cruise packages include stops and bus tours through the Yukon Territory. Cruise passengers can exit one ship, spend a week or two in Canada, and then board another boat to their next port. People can also travel to the Yukon Territory aboard an Alaska Marine Highway ferry between Skagway and Bellingham in Washington state.

Yukon Territory’s capital, Whitehorse, is the only city with an inner-city bus system, the Whitehorse Transit. There are 13 bus stops throughout the town, but an additional Handy-Bus is available for people who cannot use the regular service for whatever reason.

Greyhound is the major inter-city bus company of the Yukon Territory, offering regular summer routes between Whitehorse and Edmonton, as well as direct coach service between Whitehorse and Skagway, Alaska from May to September. Passengers can also purchase combination transfers including both bus and rail travel aboard the White Pass and Yukon Route.

The White Pass and Yukon Route departs from Skagway, Alaska and takes riders past the Lynn Canal, the Sawtooth Mountains and many other breathtakingly rugged landscapes during its journey to Whitehorse. The tracks date back to the Gold Rush days. Passengers can make side trips to the restored 1903 White Pass Summit station, Lake Bennett, and many other northern landmarks during this unforgettable passageway.

Click to learn about visas and vaccinations in Yukon