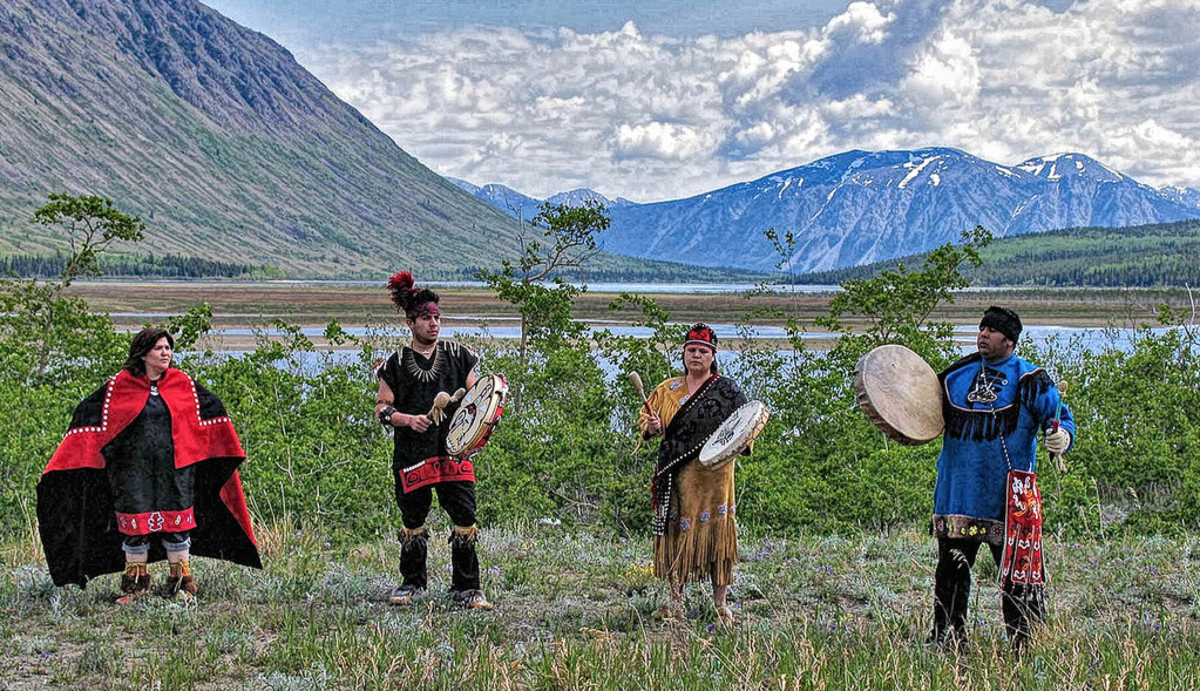 About a quarter of Yukon Territory’s 33,000 residents belong to one of the eight prominent First Nations groups. The region boasts an impressive arts scene for such a small province, while not even the frigid winters prevent the locals from enjoying an active lifestyle throughout the year. Although the Klondike Gold Rush took place during a relatively short period of time, it had a profound influence on Yukon’s culture to this day.

North America’s oldest documented human remains, roughly 25,000 to 40,000 years ago, were found in the northern Yukon Territory community of Old Crow. Ash from an 800 AD Mount Churchill volcanic explosion remain scattered along the Klondike Highway. According to First Nations legends, many fish and animals died after the eruption, forcing many people to migrate to the southwestern United States. Those who remained formed elaborate trading networks with the coastal Tlingit.

Yukon Territory’s first European visitors, Russian explorers, did not arrive until well into the 18th century. Sir John Franklin, Alexander MacKenzie and many other English fur traders followed suit. These newcomers provided guns and tobacco to the First Nations groups in exchange for furs.

The Klondike Gold Rush attracted thousands of fortune seekers to Dawson City, which grew into North America’s most populous settlement east of Winnipeg at the time. The Dawson City Museum (P.O. Box 303, Dawson) depicts not only the community’s boom years, but all of its fascinating history before and afterward.

By 1903, most of the gold was gone and Dawson City’s population dramatically decreased. Yukon Territory was once again an isolated land until the 1942 construction of the Alaska Highway linking it to neighboring Alaska and British Columbia. Roads replaced rail and boats as Yukon Territory’s most common way to travel, and Whitehorse was designated as the capital in 1953. The largest of the 250 riverboats which were once so important to survival is now the S.S. Klondike National Historic Site (10 Robert Service Way, Whitehorse), a living history museum.

Copper, silver and asbestos mining became the area’s most lucrative industries during the 1970’s, and Klondike gold mining even enjoyed a brief resurgence towards the end of the decade. Tourism ranks a close second as more and more people are beginning to discover Canada’s far northwestern frontier.

Yukon Territory’s culture is surprisingly multicultural for such a sparsely populated area. Artists from around the region display their work at the Yukon Arts Centre, the largest of the many galleries in the providence. Aside from Yukon’s influential First Nations groups, which include about 25 percent of the total population, the territory also contains a strong French-speaking community. Several trading posts and art galleries sell handmade jewelry, carvings, and clothing made by talented locals.

Active pursuits also play an important part in the region’s culture, even during its long, cold winter months. The 1,000-mile long Yukon Quest dog sledding race is one of the territory’s most famous sporting events, but skiing is another popular winter pastime. Once the weather warms up, locals and visitors alike begin boating, hiking, fishing, and enjoying the wilderness.