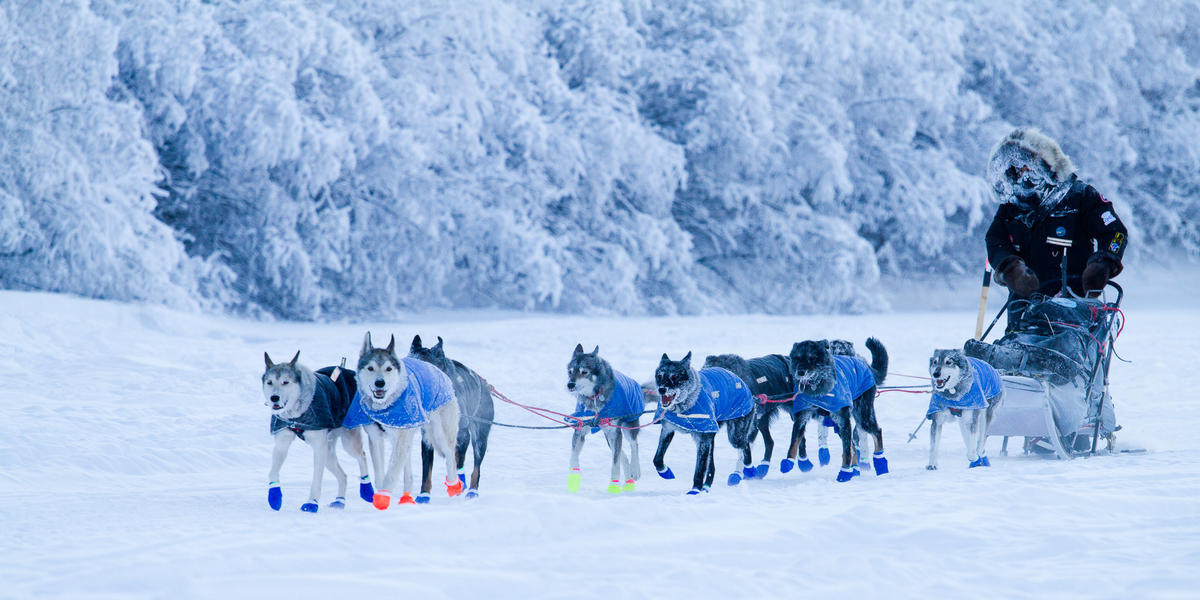 A surprisingly large number of Yukon Territory holidays and festivals that take place in the middle of frigid February, giving Yukon Territory residents a reason to come out of hibernation. These include the Yukon Quest International Sled Dog Race, the Frostbite Music Festival, and the Yukon Sourdough Rendezvous Festival. The Yukon International Storytelling Festival is the third biggest of its kind on Earth, while Dawson City’s blast from the past takes place during its August Discovery Days.

The sounds of hundreds of dedicated mushers and their dogs can be heard throughout Whitehorse at the beginning of this 1,000-mile dog sled race between the Yukon Territory capital and Fairbanks, Alaska. The challenging two-week trip follows Klondike Gold Rush era mail delivery routes through towering mountains, frozen lakes, and several other rugged landscapes every February. The first team to cross the finish line wins a C $125,000 cash prize.

Every February, countless musicians and other entertainers from around Canada perform under Northern Lights during this lively festival. For two days and three nights, events include workshops and dancing at the Yukon Arts Centre and Yukon College. There is a separate stage for younger performers and another gathering just for children.

Downtown Whitehorse’s streets are closed for a week during this February festival filled with flour packing, ax throwing, chainsaw chucking, log splitting, dog pulling, and other unique northern competitions. There is a mad trapper competition in addition to snow carving, concerts and costume contests. At the same time, military aircraft from across Canada and the United States soar above Whitehorse’s skies during the annual Rendezvous Air Show.

In the middle of August, Dawson City celebrates the anniversary of the 1896 discovery of gold leading to the Klondike Gold Rush with this raucous throwback to the town’s boom years. A parade through the streets is just one of the many week-long festivities, which also include writing and golf competitions. Visitors of all ages can enjoy the can-can demonstrations from the dancers at the Diamond Tooth Gerties gambling hall. The festival also features crafts, face painting, an arts festival, and walking tours.

Only two other storytelling events on Earth are larger than this annual late August celebration of cultures in Whitehorse. Visitors can not only hear some of Yukon Territory’s oldest First Nations legends, but equally enthralling stories from orators and actors from all corners of the globe. English summaries or translations are provided for all events, which people are encouraged to share in their native tongues. Several stories are also accompanied by music, dancing or elaborate costumes.

Click here for some great Travel Tips in Yukon Territory