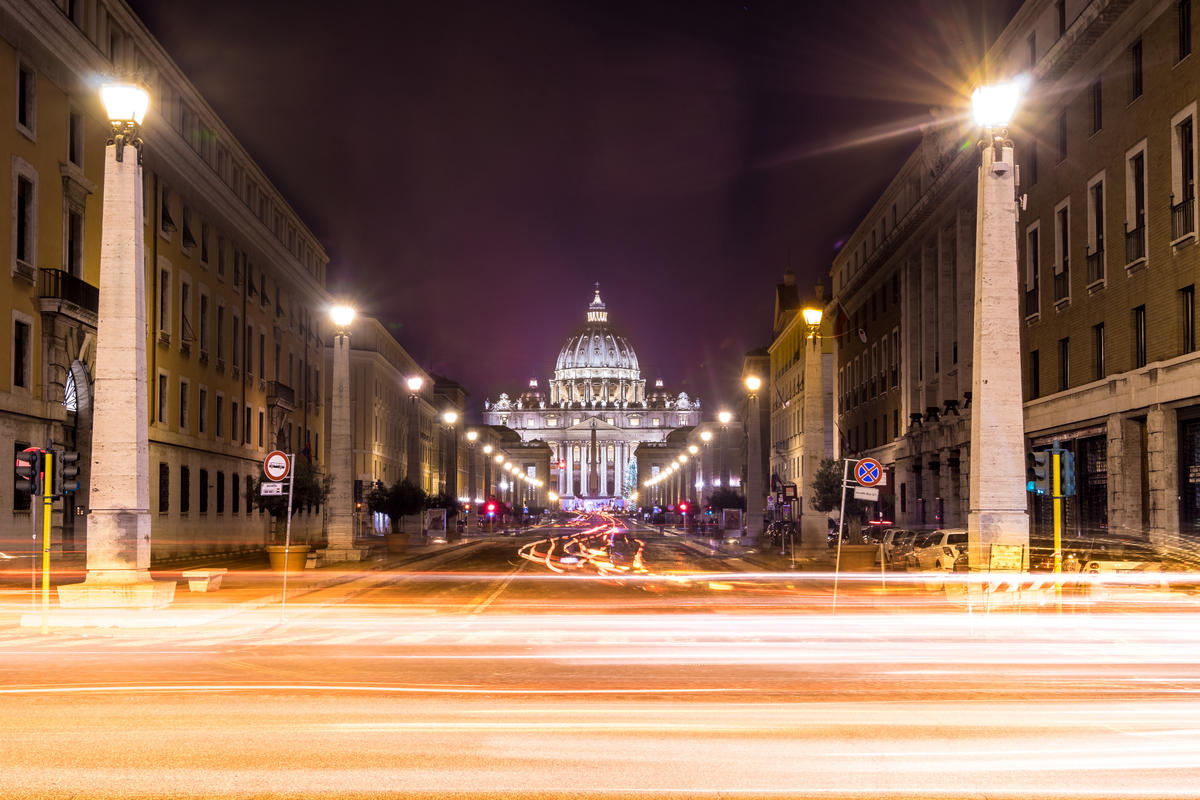 Rome taxis can be used to access the Vatican, which has no taxi firms of its own. However, they are notoriously expensive, albeit metered, yet can be convenient and fast depending on route and time of day. Taxis should be hired from taxi stands, found at all squares and transport stations, rather than flagged down in the street. Phoning a taxi in advance is not popular as the meter starts running when the taxi is summoned rather than at the start of the passenger’s journey. It is best to only use licensed taxi services such as Assotaxi (+39-339-333-3414).

Long distance rail passengers arriving in Rome will disembark at Termini Station, but other major stations include Ostiense, Tuscolana, Trastevere, and Tiburtina. The Vatican is connected to Rome’s rail network via St Peter’s Station; however, only freight services use this line. A better and affordable way to access the Holy See is by metro, with Rome’s Line A running northwest past the Vatican and another line running southwest to attractions such as the Colosseum. Metro services start early and end between 11:30 p.m. and 2:00 a.m. Avoid traveling by metro during rush hour if possible as trains can become very crowded.

Rome buses are cheaper than the metro but trickier for tourists to navigate and can also get very crowded. Bus stops have signs indicating the routes of the various bus numbers which serve them, with services running every 10 minutes in peak times and every 30 minutes at other times. The number 23 bus originates in San Paolo and passes through Ostiense en route to Piazza Risorgimento for access to the Vatican Museums. The number 81 connects Piazza Venezia with St Peter and Piazza Risorgimento for the Vatican Museums. The number 40 express leaves from Termini for the historic center and Castel Sant’Angelo, which is connected to the Vatican. Unfortunately, routes which connect with the Vatican are popular among pick pockets so beware of your belongings when traveling by bus.