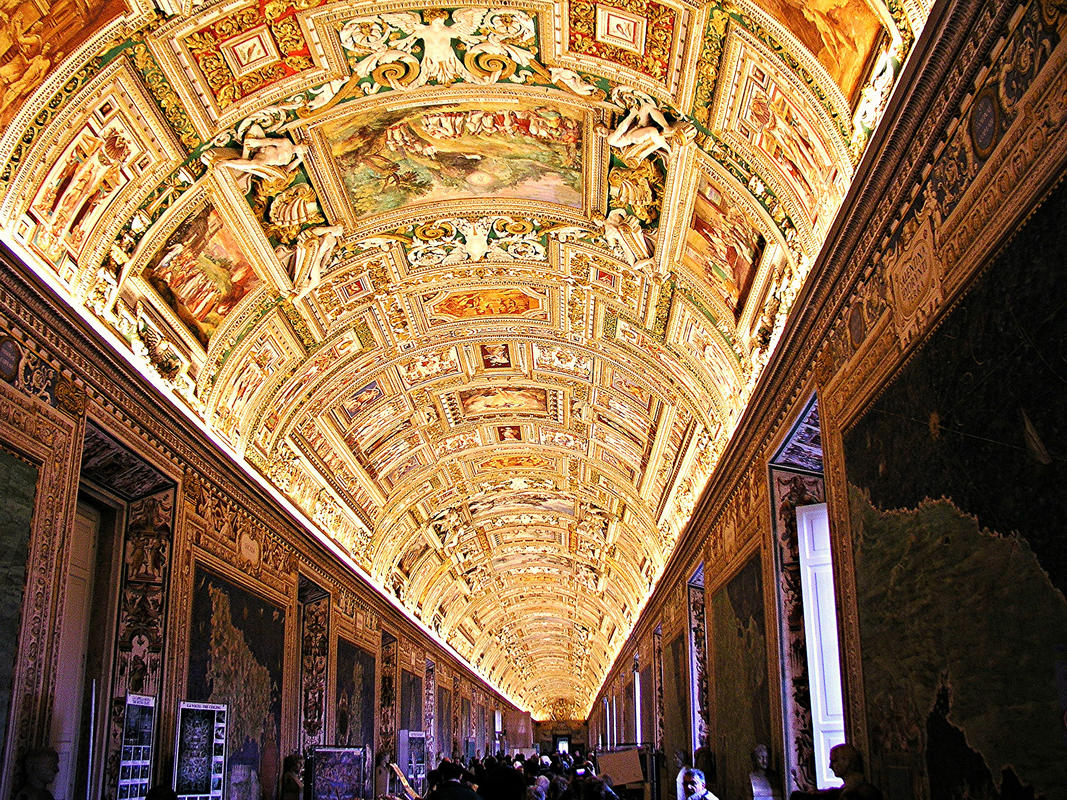 Despite the 16th century construction of St Peter’s Basilica, it wasn’t until the late 1920s that the Vatican became an independent state and the residence of the Pope. Yet much of the architecture and art within Vatican City is the result of centuries of construction and collection, making the city-state an immensely important repository of culture.

Since the decline of the Roman Empire and the diminishing of Byzantine power in Italy, Popes have been the de facto rulers of Rome as well as many other parts of Italy. These Papal States were largely seized in the mid-19th century when the Kingdom of Italy was formed, with Rome itself annexed in 1870. Disputes between the Popes and Italy were resolved with the 1929 Lateran Treaties, which created Vatican City. Before this point, Popes largely resided in Avignon or at the palaces of Lateran or Quirinal.

The site of Vatican City was used by Roman Emperor Nero for the Circus of Nero in the 1st century AD. The obelisk in St Peter’s Square originally marked the center of the circus, with the circus having been the location of St Peter’s as well as many other Christian martyrs’ deaths by crucifixion during Roman persecution. The tomb of St Peter later became the location of St Peter’s Basilica under the order of Constantine. However, Papal palaces did not appear near the site until the 5th century.

With Vatican City declared as an independent state in 1929, it became the global heart of Roman Catholicism. Because of its special status, it was not occupied during WWII like the rest of Rome. It is governed by an absolute elective monarchy, with the Pope the principal executive, legislative, and judicial power, and the only absolute monarch in Europe. He is elected for life by and assisted by cardinals who are appointed for five-year terms, with the current Pope, Benedict XVI, having been elected in 2005. The state is not a member of the UN, but the Holy See is a permanent observer. The Vatican has no army but it employs Swiss Guards to protect the Pope, a tradition which begun in the early 16th century.

St Peter’s Basilica was constructed on the site of St Peter’s tomb over 300 years after his death (69 AD) under the order of Emperor Constantine. Rebuilding of the church began in the late 15th century, marking the start of a period of construction that spanned more than a century and ended with the present building. In 1950, Pope Pius XII announced the discovery of St Peter’s tomb after more than a decade of archeological research. The present Baroque style St Peter’s Square came later, between 1656 and 1667, and incorporated the obelisk and a fountain by Bernini.

Around the same time that St Peter’s Basilica reached completion, the Vatican Museums were established by Pope Julius II. Today, the museums span the Sistine Chapel where works by Michelangelo can be appreciated and the Stanze della Segnatura, which features decoration by Raphael. Together, these museums attract more than five million people annually.

With its museums and basilica housing items of immense cultural importance, it is no wonder Vatican City has been declared a UNESCO World Heritage site. Indeed, it contains some of the globe’s most prized artworks, from Michelangelo’s frescos in the Sistine Chapel to Raphael’s decorations in the Stanze della Segnatura. Additionally, the Vatican Library protects hundreds of works of historical, cultural, and scientific importance.

This tiny Papal state requires its visitors to show reverence and respect toward the Roman Catholic Church. This means sleeveless or navel- or bust-revealing shirts as well as those which feature profanities; shorts, above-knee length skirts, and excessive jewelry are not permitted to be worn within Vatican territory. Hats should be removed before entering St Peter’s Basilica. Smoking is banned, as is the use of cell phones.

One of the most visually stunning experiences visitors can have in Vatican City is attending one of the Pope’s Sunday or Wednesday appearances, or his Easter or Christmas blessings. Such open-air masses in St Peter’s Square attract huge crowds.