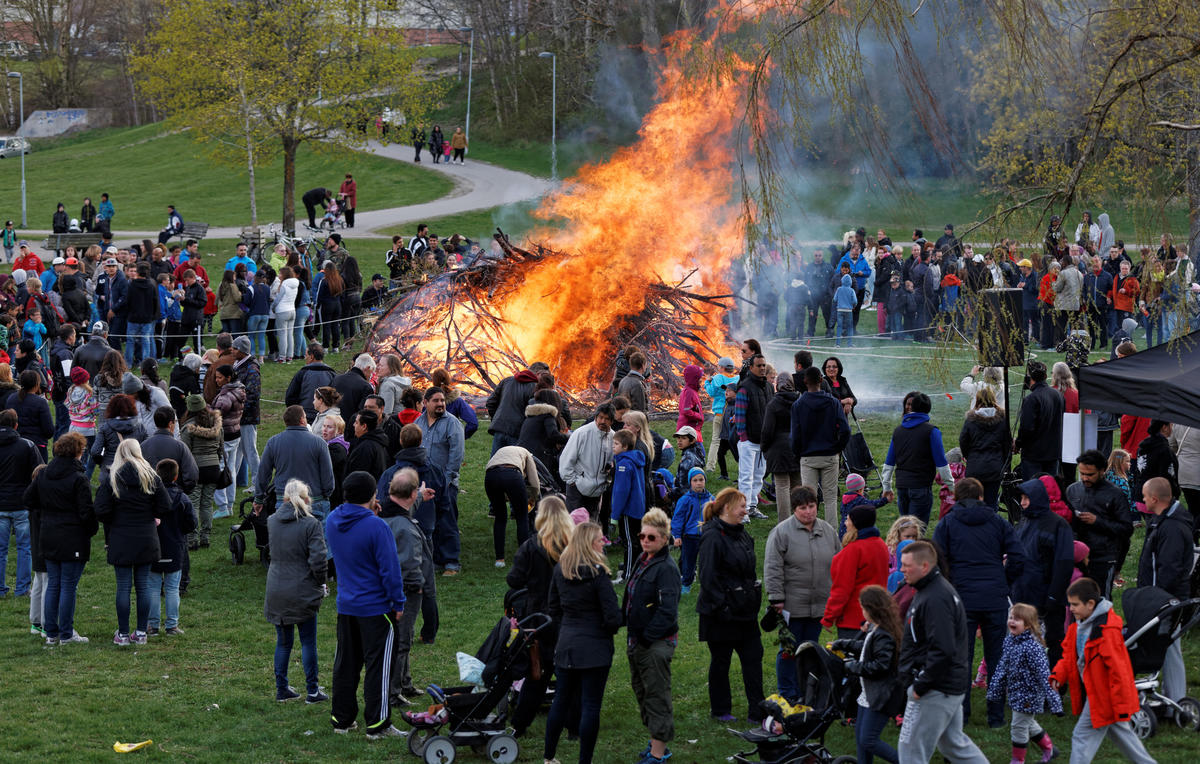 Sweden is home to a number of fascinating festivals. However, to say the calendar is unbalanced would be an understatement. August is the best time to visit, not only for the warm weather and sunny skies, but because of its many events. Kulturkalaset is one of the largest Sweden holidays and celebrates the unique and intriguing culture in Gothenburg, the second largest city. Outside of summer, the most significant would have to be the Stockholm International Film Festival in November. It lures the best of the movie world to Sweden with its global popularity.

Celebrated throughout Sweden, Scandinavia, and Northern Europe, the Valborg festival has become one of the most anticipated events of the year. Also called Walpurgis Night, it celebrates St Walpurgis and the coming of All Hallows Eve six months before Halloween on April 30. Much of south and central Sweden come out for massive bonfires, feasts and socializing.

The largest air show in Sweden and Scandinavia, there are literally tens of thousands of people that flock to Gothenburg in May for this magnificent aeronautical event, making it the largest non-cultural festival of the year. The country’s most famous civilian and military aircraft are on display performing mesmerizing maneuvers in the sky.

An inclusive event for any gender or sexual preference, the Stockholm Pride festival is a celebration of Sweden’s gay and lesbian community. It began in 1988, and hosted the Europride Festival in both 1998 and 2008. Most of the events take place in Pride Park, which includes plenty of music, food, and performances. Thousands of people come to Stockholm for the event at the end of July every year, which usually runs into the beginning of August.

Commonly called the Reggae Mecca of Scandinavia, the Uppsala Reggae Festival is a thriving music event that has been held annually since 2001. What began as a one day event has grown in popularity and expanded to three days in August. The city of Uppsala is only 55 miles from the heart of Stockholm, so visitors to the capital can easily reach the festival.

Known locally as the Malmofestivalen, Malmo’s most important event is held over the course of eight days in August. Plenty of interesting performances and feasts are found throughout the region, but be sure to book your accommodations early as they fill up fast.

Another of Sweden’s August festivals, the Kulturkalaset is a fascinating event featuring the best of Gothenburg culture. Head to downtown for a festive party atmosphere that gets quite rowdy or the local parks for a more lax day for family travelers.

Now in its 21st year, the famous Stockholm International Film Festival lures thousands of film buffs and critics to the capital ever year. Held the last two weeks of November, dozens of films from around the globe are screened at venues throughout Stockholm, with some of the most acclaimed directors taking part in the festivities.

Christmas is a very energetic time in Sweden, and no place celebrates it better than Gothenburg. Delicately designed lighting displays make for treasured attractions and travelers can find feasts, performances and other fun during the celebration lasting several weeks.