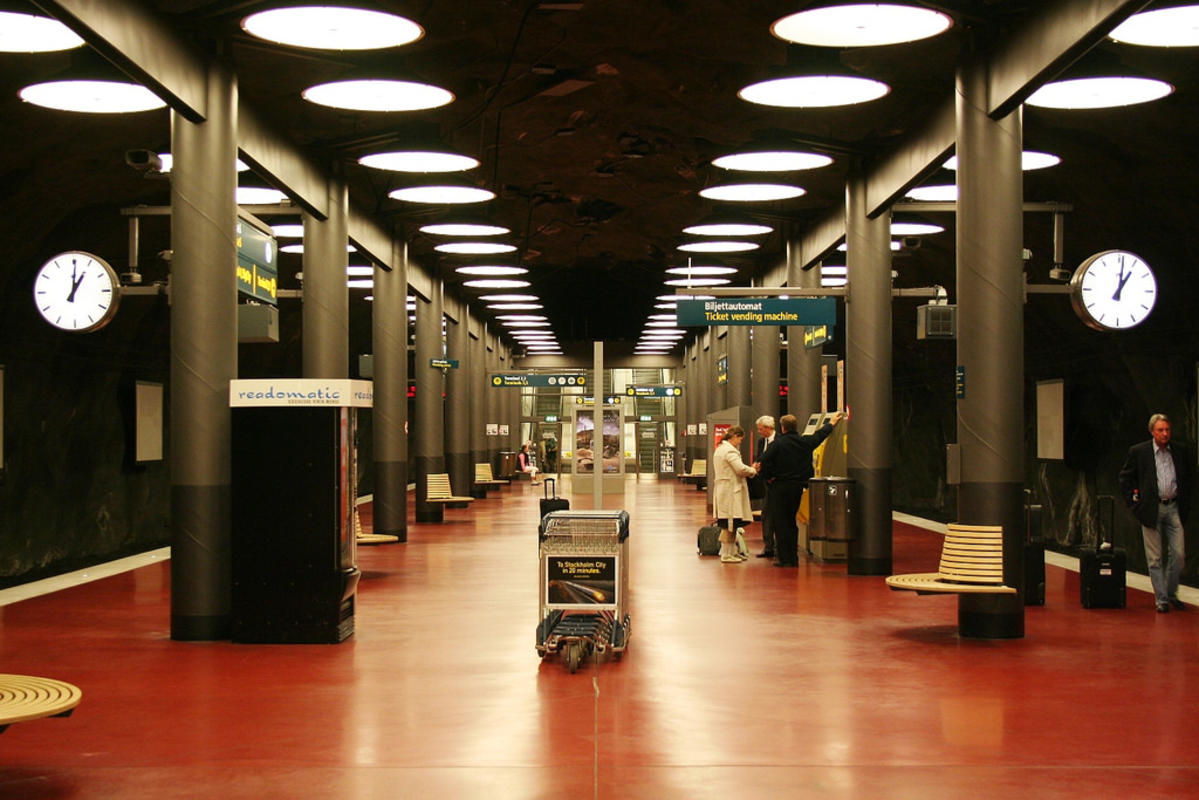 The Stockholm-Arlanda Airport is the primary gateway in Sweden. It is easily the largest airport facility in the country, and among the busiest in Scandinavia, catering to 20 million passengers annually. A majority of the patrons fly from international destinations, while only five million come domestically from Stockholm-Arlanda Airport, which is still quite impressive considering there are four airports in Stockholm County.

Several smaller and larger airlines use Sweden’s airport as a base. Nextjet, Norwegian Air Shuttle and Scandinavian Airlines all provide the most number of services for the airport and both inter-continental and intra-European flights are in abundance. From the United States, Chicago-O’Hare and Newark have direct flights to Stockholm.

There are four terminals at the airport. Terminal 2 is primarily used for international low-cost carriers. Terminal 3 and Terminal 4 both handle domestic and regional flights around Scandinavia. The largest terminal, Terminal 5 or Arlanda North, is where all inter-continental routes are serviced. The building was first opened in 1976, but has been extensively expanded since.

Aside from ATMs, wireless internet, and observation floors throughout the airport, the Swedish facility is also home to a number of noteworthy shops and restaurants. Large duty-free stores and a long list of retail shops including Hugo Boss, and Lacoste are present, most located after the security checkpoint. From the grab and go Starbucks to the delectable sit-down menus of Etage and Sky Grill, there is plenty of choice for passengers.

The fastest and most reliable form of transportation from Sweden’s airport is by train. The high speed, Arlanda Express travels directly into Stockholm Central Station from Arlanda North, South and Central terminals. Buses are available through several providers, including Flygbussarna and Swebus. Most of the routes travel into the center of Stockholm, stopping at several locations in the northern reaches of Stockholm County. Fixed prices from the airport to downtown make it equally convenient for travelers to jump in a cab.

The second busiest airport in Sweden is found at Landvetter, serving the city of Gothenburg. More than five million fliers pass through the terminals of the airport each year. There is a domestic and international terminal, although visitors must check-in all luggage at the international building. There is an outside-Schengen security checkpoint at the international terminal, which is known for its strict procedures. Flights to Stockholm are most common here, but connections to London via British Airways and SAS handle more than 330,000 passengers a year to the UK. North American travelers can fly through London Heathrow then connect to Gothenburg via British Airways. Taxis, Swebus services and car rental make traveling the 13 miles to downtown Gothenburg quick and easy.

Even though it is not found in Sweden, Copenhagen Kastrup International Airport is commonly used for entrance into the southern part of the country. Served by most major airlines throughout the world, the airport is the largest in Scandinavia. It sits on Amager Island, which is only 15 miles from the southern Swedish city of Malmo. 22 million people fly in and out of Copenhagen Kastrup Airport annually. North American travelers can fly from San Francisco, Newark or Chicago-O’Hare. A short train ride takes passengers into Sweden. Once you get through the non-Schengen security zone, the rest of your commute should be hassle free. Ground transport is by rail or metro stations in Terminal 3, bus or car rental.