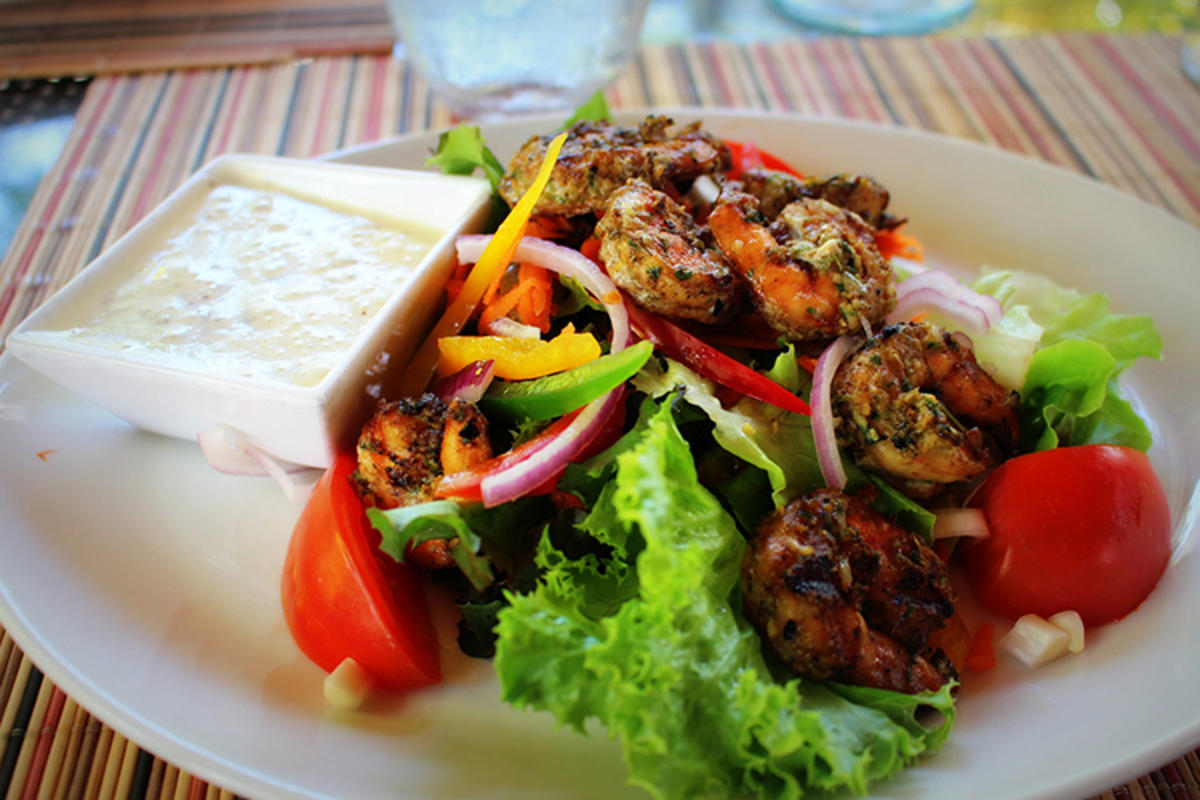 The British Overseas Territories have been influenced by various cultures and civilizations that have contributed to the diverse selection of flavors and cooking styles found in the bars and restaurants of the islands. You can also expect approachable international cuisine in the more vacation-friendly destinations and imported wines, spirits, and beers, along with the local favorites.

Experiencing the lively nightlife of a British Overseas Territory is easy—just head to the nearest pub. In Montserrat, some of the notable ones are Lord Hale’s (St. John), Lyn’s Holsum Bar (Salem) and Soca Cabana (Little Bay). The latter is known for its Friday nights with great live music and karaoke nights.

In Bermuda, two of the drinks you should try are the rum swizzle, a cocktail made from dark Jamaican rum and amber Demerera rum mixed with citrus juices, and dark n’ stormy, a highball glass full of Bermuda stone ginger beer and a blend of local rums. Bermuda’s nightlife is among the most vibrant of the British Overseas Territories, with theatrical performances, musicals, barbecues and dance shows in the big hotels. Some of Bermuda’s best bars include Flanagan’s Outback Sports Bar (Emporium Building, 69 Front Street, Hamilton, Pembroke Parish, Bermuda), The Cellar (Fairmont Southampton Resort, Bermuda) and Griffin’s Bistro (St. George’s Town Clubhouse, Bermuda).

The areas closest to the cruise ship docks tend to have the most expensive and busiest restaurants, particularly in Bermuda. If you want something cheaper and more local, head to the major cities. St. George and Hamilton in Bermuda are home to a large concentration of various cuisines and budget options. If you are in Montserrat, try Olveston House (Olveston, Montserrat), which is open seven days a week and specializes in gourmet dishes. If you want something more upscale, make reservations at Ziggy’s Restaurant (Mahogani La., Woodlands, Montserrat).

Traditional British favorites like tea, mutton, sea trout, roast beef, and the more familiar fish-and-chips are standard in the Falklands. They are usually cooked with love or served with home-grown vegetables, and the recipes have been handed down from generation to generation. In Gibraltar, the dishes show distinctive Spanish, Italian, British, and Maltese flavors. Casemates Square is the best place for al fresco dining, with Café Solo (Casemates Square, Gibraltar) being one of the most notable establishments.

Most Caribbean islands have limited gourmet selections, but Anguilla is an exception with its wide array of gastronomic delights. Most venues are housed in upscale hotels and are manned by well-trained and experienced chefs. For a more laid-back option, there are beach bars and eateries that serve Italian and Mexican food, as well as local favorites like salt fish, Johnny cakes, pigeon peas, and tamarind balls. Shoal Bay Beach is home to Uncle Ernie’s (Shoal Bay Beach, Anguilla) where you can enjoy cheap local barbecue. You should also try the best fish-and-chips in town at Roy’s (Crocus Bay, Anguilla).