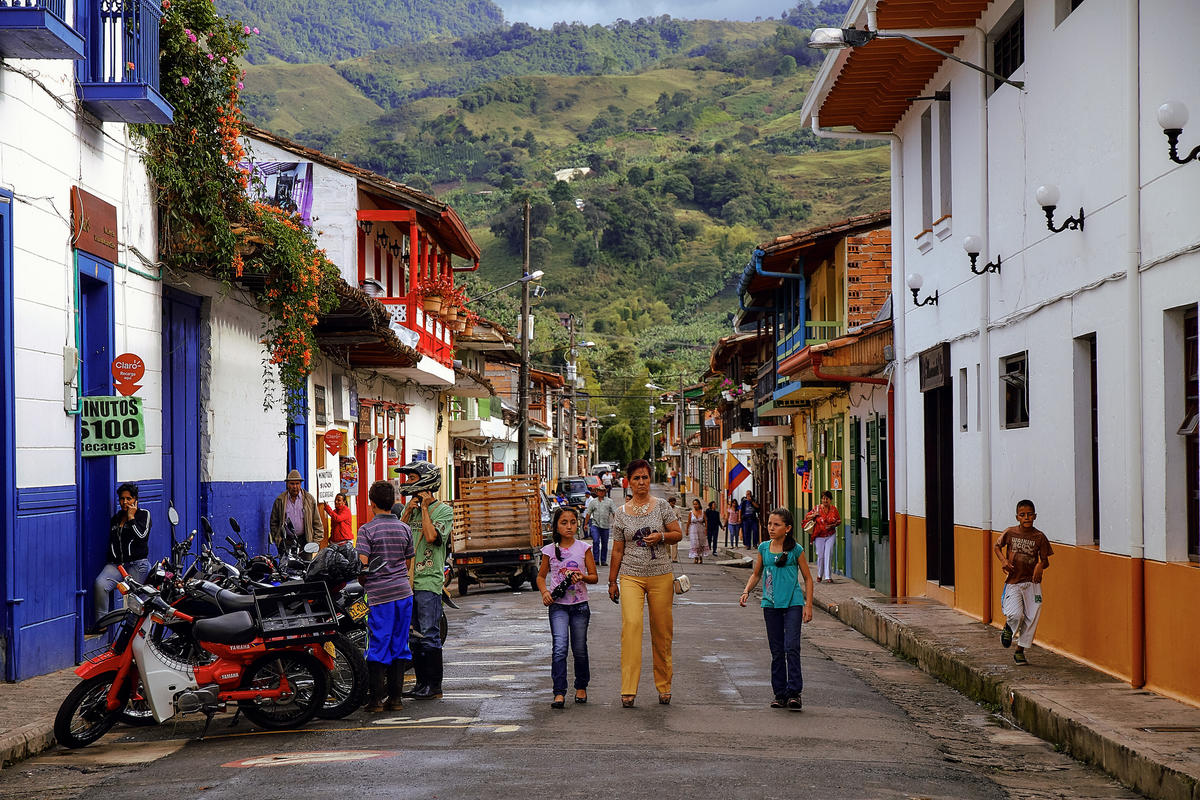 Nature and history combine to create a fascination selection of sightseeing attractions in Colombia. While some areas are off limits due to safety concerns, there are still plenty of interesting places to explore. The tombs, statues and relics of pre-Colombian indigenous settlements are amongst some of the most fascinating sites rivaled only by the natural beauty of the national parks or the quaint buildings and forts dating back to colonial times.

Colombia’s coffee growing area, known as the Coffee Triangle, has gained UNESCO World Heritage designation for over 100 years of sustainable cultivation. The region spans 6 farming landscapes, 18 towns and the cities of Armenia, Manizales and Pereira. Visitors can take farm tours to see the process and production. The region is also known for its thermal springs near the cities of Santa Rosa and Manizales and various other national parks. Address: Coffee Triangle, Colombia Phone: NA Website: http://www.triangulodelcafe.travel/en

The World Heritage listed San Agustín Archaeological Park is about a mile outside the town of San Agustin and is a well known destination for travelers who come to see the various pre-Columbian ruins and burial grounds. Megalithic statues, some over 13 feet tall, were created by the indigenous people from volcanic rock between the 1st and 8th century and represent animals, warriors and mythical beings. Address: San Augustin and San José de Isnos, Huila, Colombia Phone: n/a Website: http://www.colombia.travel/en/international-touris...

World Heritage site of Santa Cruz de Mompox was established by the Spanish in 1537. Located on an island in the Magdalena River, the town is known for its attractive and well-preserved Colonial buildings constructed in a fusion of European and indigenous styles that are often decorated with wrought iron. One of the most famous buildings is the beautiful 1613 Santa Bárbara Church which is noted for the baroque bell tower, balconies and dome. The church boasts molded decorative palms, flowers, lions and three heavily gilded altars. Address: Santa Cruz de Mompox, Bolivar Dept. Colombia Phone: NA Website: NA

This UNESCO World Heritage old town boasts a port, fortresses and buildings that were constructed by the Spanish in the 1500’s. They fortified Cartagena in an attempt to repel Dutch, French and English pirates. The charming colonial walled city has lots of lovely, brightly painted buildings and churches including the famous San Pedro Claver church. One of the finest structures is the Palacio de la Inquisicion (Palace of the Inquisition) which is where suspected heretics were tortured during the Spanish Inquisition. Address: Palacio de la Inquisicion, Plaza de Bolivar, Cartagena, Bolívar, Phone: +359-4-664-4113 Website: NA

Tierradentro National Archeological Park is comprised of a number of tombs and burials sites dating back to the first millennium. A UNESCO World Heritage site, the park has many hypogeum style tombs comprising a west facing entry and a spiral staircase down to a main chamber 16-20 feet underground, with smaller chambers attached that each contain bodies. The tomb walls are decorated with black, white and red painted patterns and statues. Address: Inza, Cauca Dept, Colombia Phone: NA Website: http://whc.unesco.org/pg.cfm?cid=31&id_site=743

El Museo del Oro, the Gold Museum in Bogota, has a fantastic amount of pre-Hispanic gold. The collection contains over 55,000 items, about 6,000 of which are on display for the public, including the most famous, the iconic gilded Muisca raft. The exhibitions also include indigenous pottery and artifacts made from stone, shell and wood. The museum is open from Wednesday to Sunday. Address: Calle 16 No. 5-41, Bogota Phone: +57-1-343-2221 Website: http://www.banrepcultural.org/gold-museum

The island of Malpelo and its surrounding waters are a World Heritage area that constitutes the biggest non-fishing zone of the Eastern Tropical Pacific. Besides outstanding natural beauty, the area’s rich diversity of marine life makes it a mecca for divers. The area is particularly noted for its tuna, whale sharks, manta rays and huge gatherings of hammerhead and silky sharks. Address: Malpelo island, Valle del Cauca Region, Colombia Phone: Website: http://whc.unesco.org/en/list/1216

Click here to learn about Food and Restaurants in Colombia