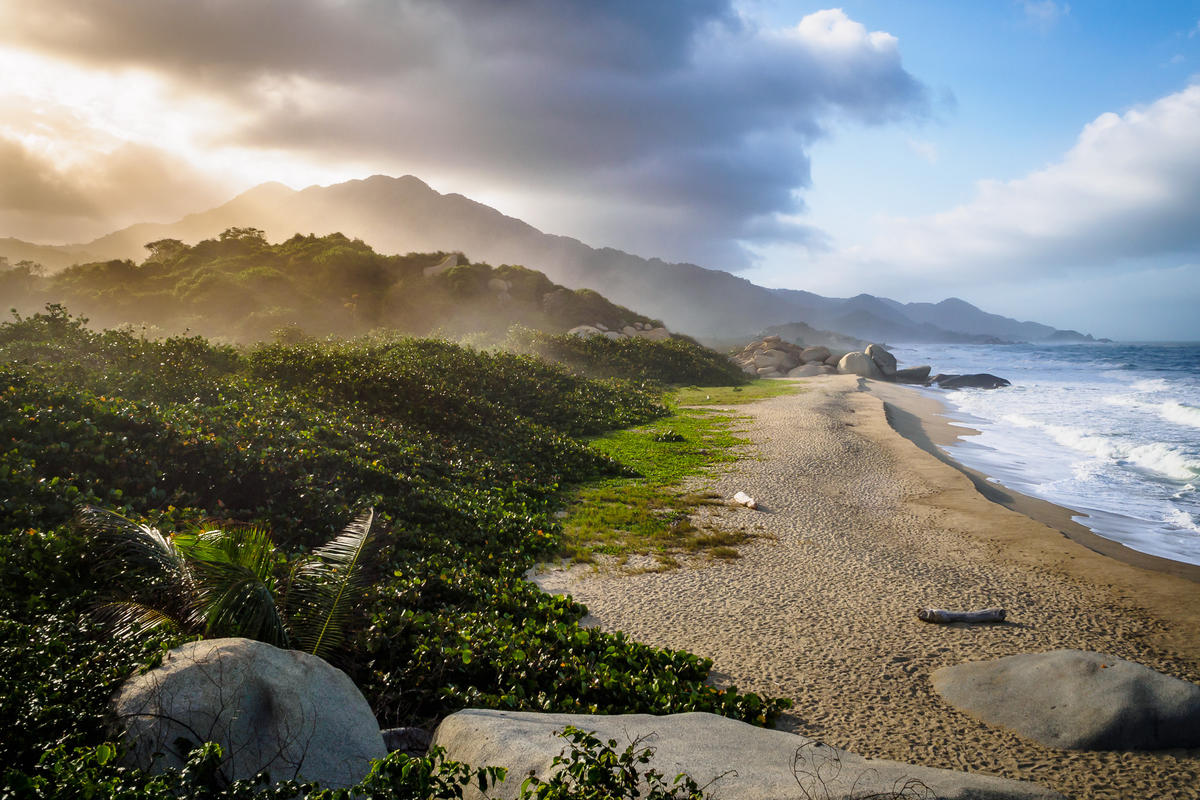 Colombia is located near the equator so it does not have extreme variations in temperature, although there is a wet and dry season. The climate changes with the altitude, hotter at sea level and cooler at higher elevations, with some peaks bearing snow year round. Temperatures below 2,953 feet average between 75°F and 100°F, while the mid and highlands enjoy a milder weather between 50°F and 69°F. The high mountains above 14,764 feet are always cold and covered in snow and ice.

Most of the population lives in the temperate coffee growing regions above 2,953 feet or in the colder wheat and potato growing lands between 6,496 and 11,483 feet. Wet seasons is from April-June and September-November with Colombia’s Pacific coast getting slammed with one of the world’s highest amount of precipitation per year, around 200 inches. The Guajira Peninsula is the driest part of the country, receiving only about 30 inches of rain a year.

El Nino and La Nina phenomena affect the climate and can cause heat waves, droughts or floods and unseasonal cold weather. The Guajira Peninsula is also prone to tropical storms and hurricanes, particularly in August and September.

The constant year round temperatures make Colombia a pleasant destination any time of year. December to March sees many colorful festivals and events take place, particularly during January with major celebrations such as the Festival of Blacks and Whites in Pasto. The period from June to July is also popular with visitors, but these peaks also correspond with higher prices and lower availability for flights and hotels.

Easter Holy Week in late March/early April is a major religious celebration when lots of locals will be traveling, many businesses closed and food, transportation and accommodations booked solid. Since there is not a great variation in temperatures, it’s easy to visit off-season without the crowds.

Click here to learn about Festivals and Events in Colombia