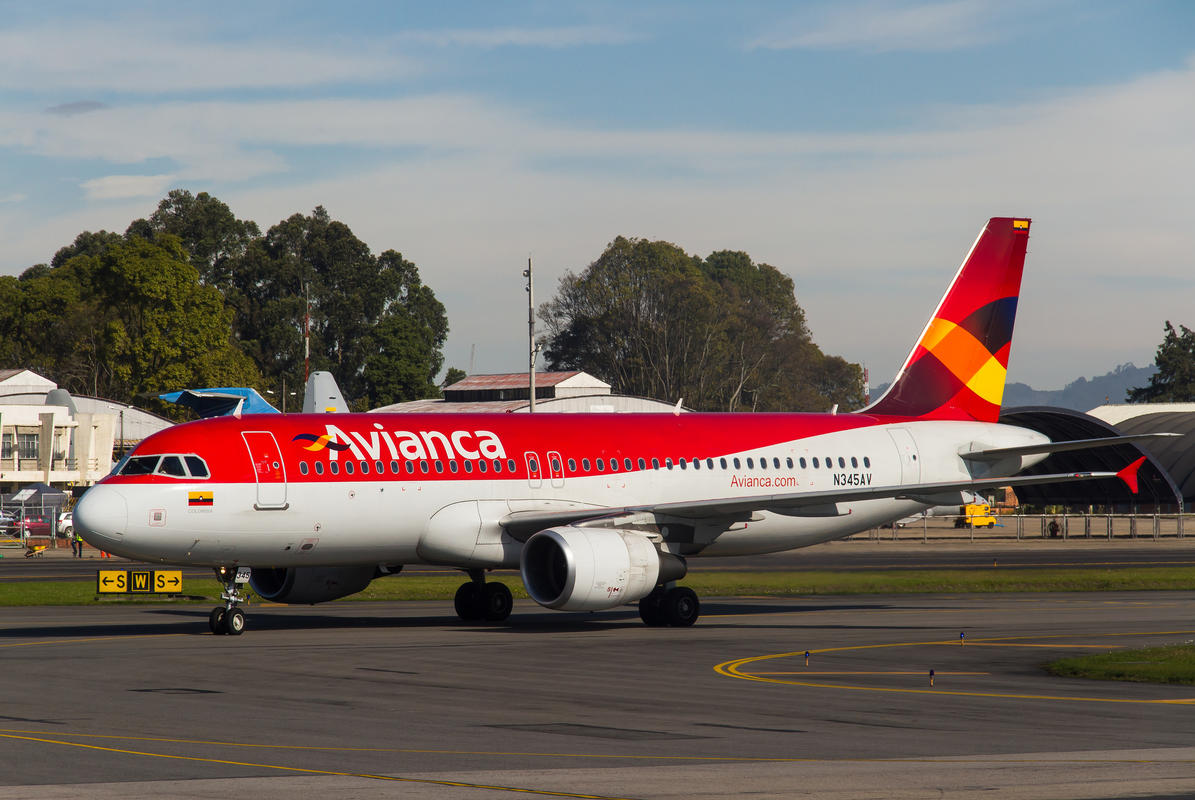 There are two terminals, the main El Dorado for international travel and Puente Aéreo for domestic. Both have shops, ATMs, currency exchange counters, restaurants, newsagents, and travel agents. Outside the arrivals hall, you’ll find waiting taxis and bus stops that run along the Avenida El Dorado highway from the airport to the TransMilenio rapid bus system.

Jose Maria Cordova International Airport (MDE) is the second busiest airport in Colombia, located about a half hour from Medellin city. Home to the low cost carrier, Viva Colombia, 12 other airlines have service to the US, Costa Rica, Curacao, Ecuador, Panama, Spain, Venezuela, and several domestic destinations. Both Avianca and American Airlines run the busiest international route to Miami.

Airport facilities include a few restaurants, shops, a VIP lounge, ATMs, currency exchange, and car rental counters. From the arrivals hall, visitors can get into town via a private taxi or shared collectivo shuttle.

Air travel via the nation’s well developed network is the safest way to get around Columbia. Besides Bogota and Medellin, there are international airports at Barranquilla, Bucaramanga Cali, Cartagena, Pereira, and the San Andres Islands, all of which handle domestic traffic. There are additional regional airports at most other areas with facilities that vary in size and comfort.