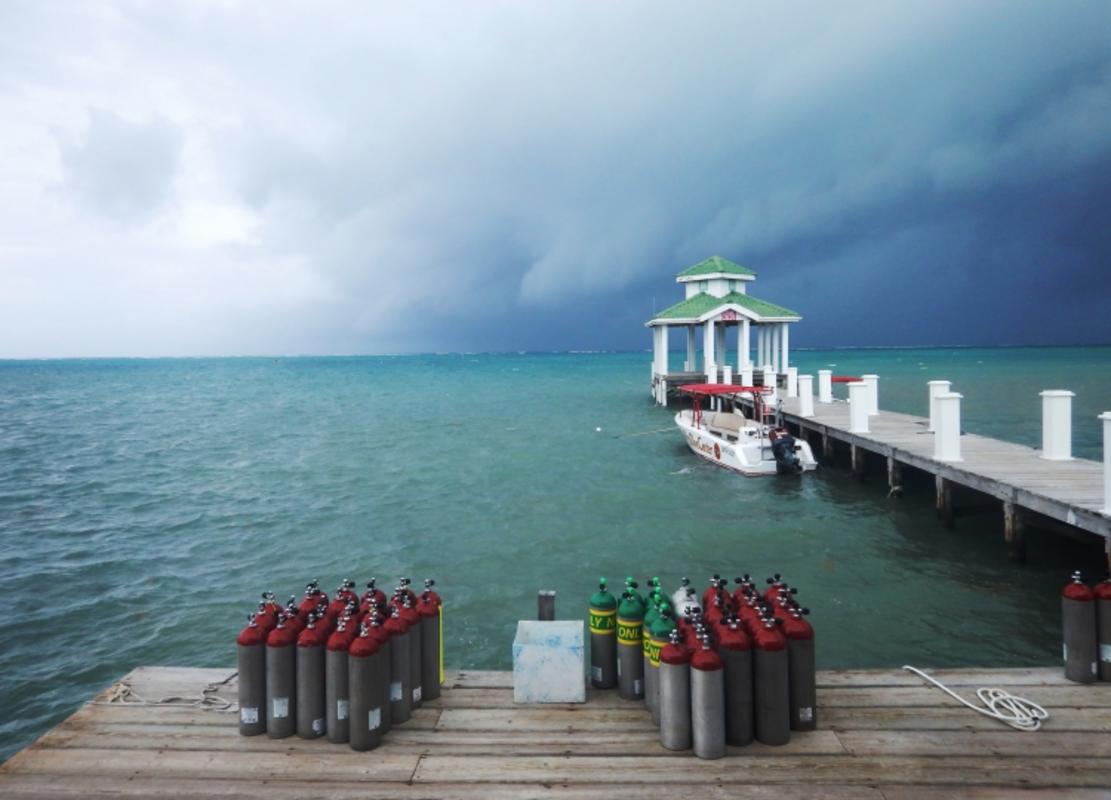 Belize enjoys a subtropical climate much like the southern regions of Florida in the US. The weather hovers around 80°F (27°C) pretty much all year round with hotter weather during the summer and the occasional chilly period in the winter months. There are essentially two seasons in Belize: a dry season from late November to late April and a rainy season from June through mid-November.

The winter dry season is also the peak tourism period in Belize, and certainly offers the best weather in terms of sunshine and comfortable temperatures. Daytime temperatures hover around 75°F (24°C) in December and January, pure bliss for both beach activities and excursions to the Mayan ruins and national parks. It’s not unheard of for a “norther” cold front to roll in to the southern beaches in January and February making beach time a bit nippy.

Of course, the winter is also the busiest time of year for tourism so all the hotels and tour agencies are in high gear. This is when hotel rates are at their highest, attractions noticeably crowded and reservations a smart idea for popular hotels and transport. This is particularly true over the New Year and Easter weeks.

When the rains arrive in early June things start to get damp. It’s not all bad news, as the rains in Belize are often brief dramatic afternoon thunderstorms. The south gets three times as much rain as the north during this season, and there’s often a brief window of dry weather in mid-August called the mauger. The real problem during this season is the hurricanes, which can be very active between August and October. If rain is a deal-breaker don’t bother coming from late August through mid-October. On the up side, some great hotel rates and other bargains are common.

Apart from the peak of hurricane season August to October, there’s really no bad time to visit Belize. To avoid the summer crowds and still enjoy the sublime tropical climate of the country March through May are the best months to come. Clambering over Mayan ruins by yourself is much more fun, and shoulder season rates are always a bit lower than those in June.

Click here to learn about Belize's Festivals and Events