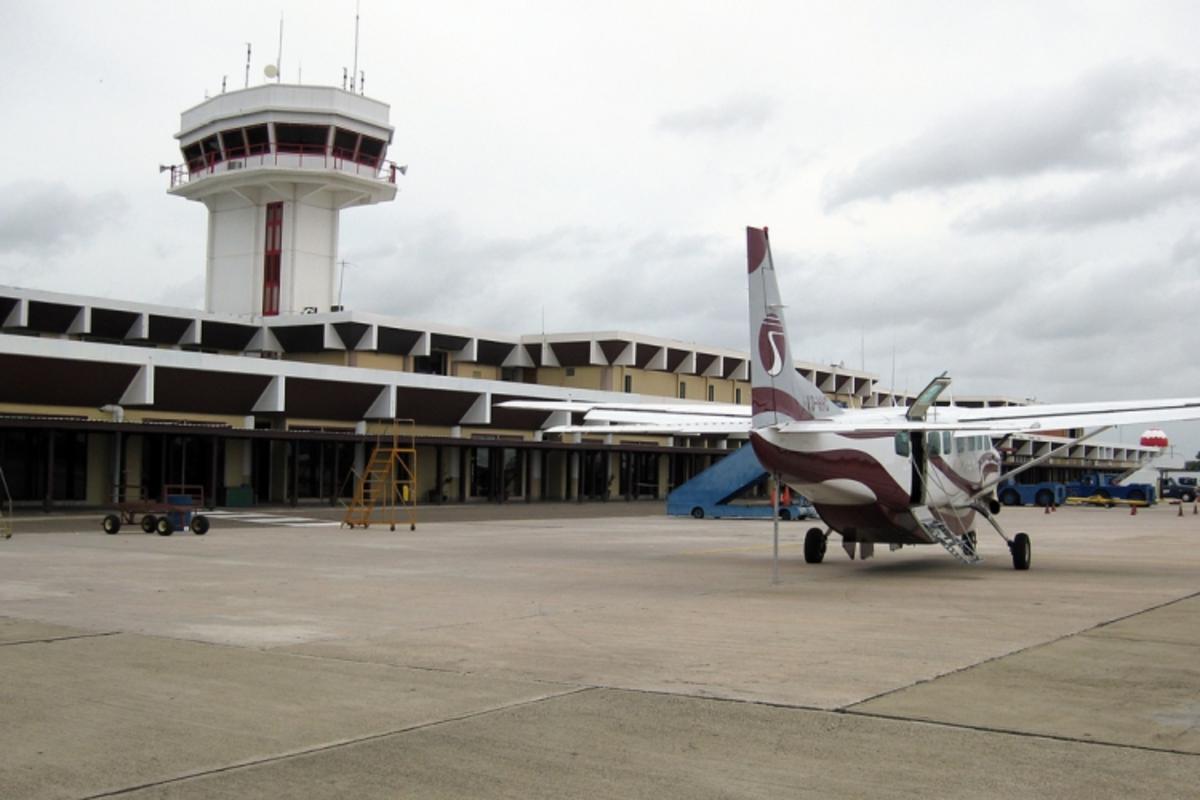 The main international airport in Belize is located 10 miles northeast of the center of Belize City along the Northern Highway. It handles nearly all of the country’s international flights, which mainly arrive from US cities such as Houston, Miami, Dallas, Atlanta and Charlotte. There are a couple of flights from neighboring countries like San Salvador (El Salvador) and Flores (Guatemala), but any traveler from Europe or Asia will have to make a connection in the US because there are no direct flights. Even Canada only offers seasonal winter charter flights.

The terminal is home to airlines such as the local Grupo Taca, Maya Island Air and Tropic Air, and US-based carriers including Delta, Continental, American and US Airways. Domestic flights are the quickest way to jump between Belize City’s Municipal Airport and other major destinations like Ambergris Caye and Placencia. There are only basic passenger amenities at the airport, with a handful of eateries, duty-free outlets and souvenir shops. A branch of Belize Bank is inside the International Departures Concourse, while the Belize Tourist Board maintains a useful information desk in the Arrivals Hall to help with bookings, maps and other things.

The only form of transportation from the airport into Belize City is by taxi. They line up outside the Arrivals Hall and all charge the same fare to the main areas in the city. Visitors can also rent a car from the international car hire chains or local companies on site at the airport. Their booths are all across the parking lot next to the tour agency kiosks.

San Pedro Airport is the third-busiest airport in Belize and handles a steady flow of daily flights from Belize City and other destinations around the country. Flights depart from both of Belize City’s two airports, most stopping in Caulker Caye for a brief pick up and drop off before continuing to Ambergris Caye. When the demand is there, these flights may also stop over at Caye Chapel.

Both Maya Island Air and Tropic Air follow the same basic schedule, with daily flights every hour between 7:40 am and 5:40 pm to San Pedro from Belize City. The flight time is just 15 minutes and fares are quite reasonable. International travelers heading straight to Ambergris Caye should make their connecting flight at the larger international airport. If you’re already in Belize City, the flights from the Municipal Airport are cheaper to San Pedro.

The terminal at San Pedro Airport has little in the way of amenities, though passengers can find something to eat and drink at the snack bar. A shop sells travel sundries and souvenirs in case you forgot anything. Most hotels on Ambergris Caye will provide a pick up for their guests at the airport. If not, there are taxis ready and waiting for the short ride into town.

There is little more than a landing strip at Placencia Airport, but it’s more than adequate for the flights that arrive every day from around Belize. Maya Island Air typically runs 10 flights a day between the main airport in Belize City and Placencia. The flights depart between 8:10 am and 5:00 pm and take around 30 minutes with a brief stopover in Dangriga. Additional flights depart from Belize City’s Municipal Airport following the same route.

Tropic Air is the other carrier with regular service between Belize City’s two airports and Placencia. Its 11 daily flights also depart between 8:15 and 5:00 and fares are very good value. There is also regular service to Punta Gorda on both of these Belizean airlines. There is no terminal per se at Placencia’s airport so travelers need to come prepared. Transportation is provided primarily by local taxis, though some of the larger hotels offer pick ups for their guests.