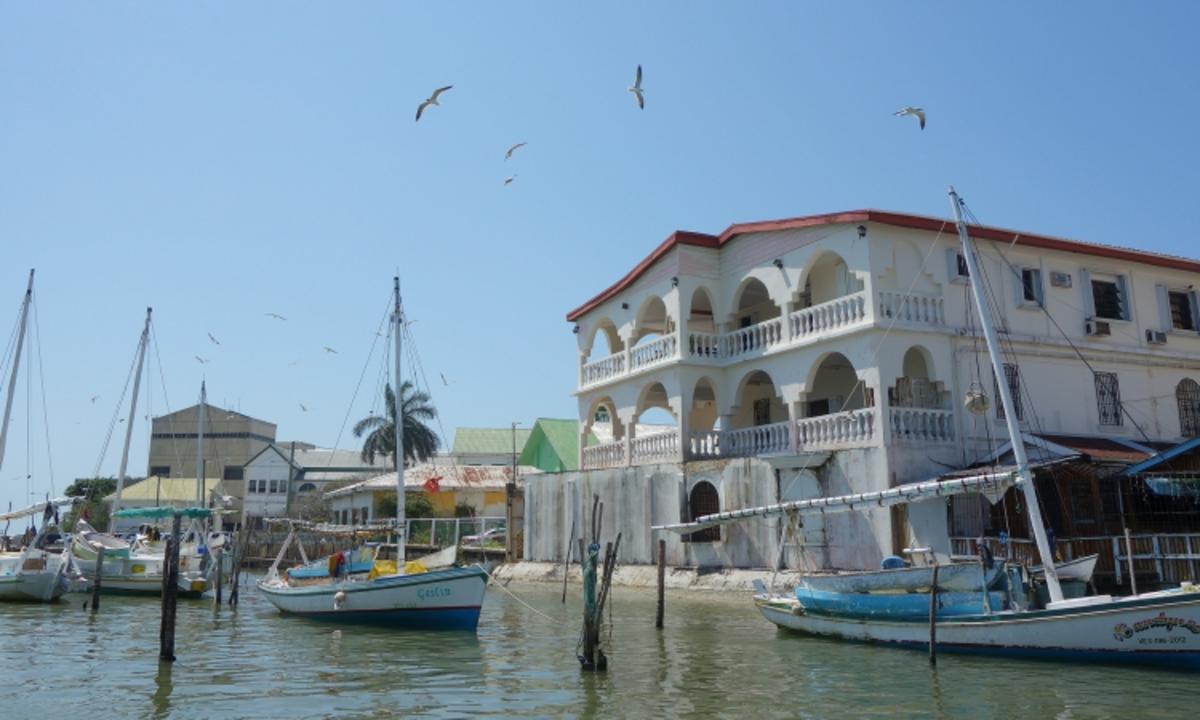 Since Belize is such a compact country it’s fairly quick and easy to get around. Domestic flights from Belize City can get you to most towns and several islands in no time, while the cheap, but slow buses ply the roads to every corner of the country. Renting a car is another possibility as Belize is a safe and easily navigable place to explore at your own pace. If the islands are your destination take the water taxis for a fun and uniquely Belizean travel experience.

While many of Belize’s towns can be managed on foot, taxis are a pleasant and inexpensive way to get around. They come in all makes and models, mostly older American cars, but typically have some kind of taxi indicator sign on their roof. Very few taxis use meters, so be sure and settle on your fare before getting in. Your hotel can always call for a pick up if needed. In Belize City, the Belize Marine Terminal Land Taxi Association (501-223-5850) can help you out.

Car rental is one of the best ways to get around Belize. With only four main highways running in each direction it’s very easy to navigate between destinations. They are only two-lane roads, but are generally in good condition though a little bumpy out in the countryside. Signs in English are the norm and Belizean drivers are pretty competent and drive on the right. It’s best to go with a 4-wheel SUV if you plan to go anywhere off the beaten path. Rental rates are comparable to most other developed countries, but gas tends to be expensive. Most big international car rental chains are represented in Belize’s main cities and the airport.

For a genuine Belizean travel experience use the ubiquitous water taxis when moving along the coast. The San Pedro Belize Express is the main operator in the country with many daily departures from Belize City’s Brown Sugar Terminal to San Pedro (Ambergris Caye) and Caulker Caye. These are fast boats, but offer a fun way to get around the outer islands and coastal towns like Punto Gordo and Placencia and offer unbeatable access to the more isolated atolls off of Belize’s Caribbean coast.

Buses are the most common form of transport for local Belizeans, though they tend to be slow and occasionally overcrowded. Most of the buses are old Bluebird school buses that have been retrofitted for a little added comfort and adventure. Buses are cheap, expose you to the friendly residents and can get you to every village in the country. There are several competing bus companies in Belize, and two forms of transportation. The cheaper fares will stop along the road for any passenger who wants to get on so get cozy with your neighbor. Express buses cost a little more but only stop at designated stations along their route. There are no passenger rail services in Belize.