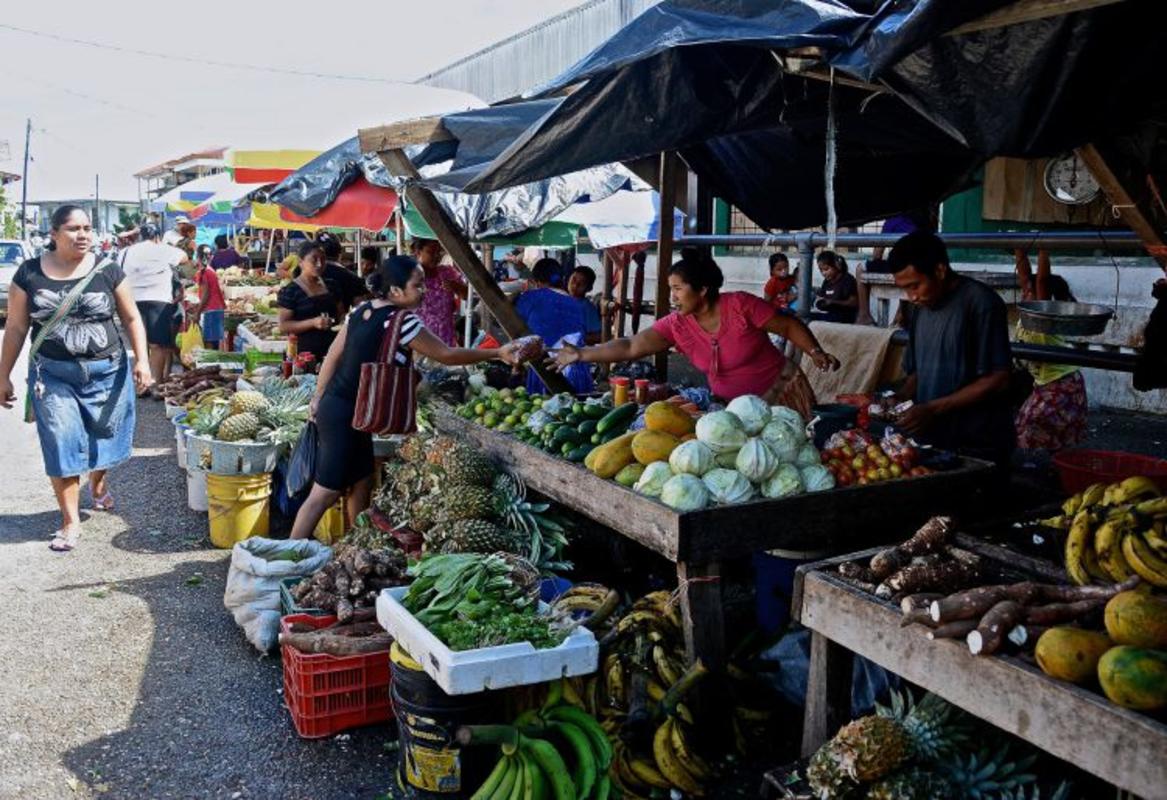 Belize is not a notable shopping destination, but the locals have created a nice little handicraft and art industry complemented by some very delicious packaged food items. Each of Belize’s different ethnic groups makes their own crafts using local materials and traditions. The coastal Creoles are known for their jewellery made from coral and shells, as well as woodcarvings of sea creatures and ships. The style is simple, but the talent is there, making for some nice souvenirs to bring home.

The Garífuna population who live in the southern coastal region of the country are famous for their petite dolls that are quite unique. Towns like Punta Gorda and Placencia are good places to explore the craftsmanship of the Garífuna. The Mayan people of Belize naturally take their cue from ancestors, manufacturing replicas of ancient Mayan hieroglyphics, figurines and modern interpretations of the Mayan style and symbolism using stone. While these Mayan carvings can be found throughout the country, San Ignacio is one of the better towns due to its location in the heart of the ruins.

Belize City has the most expansive shopping scene, in part due to the cruise ships that regularly dock at Fort George. These tourists are a major part of the city’s businesses, but their prices are not always the most competitive. The Belize Tourism Village on Fort Street has the greatest concentration of handicraft and souvenir stalls, but the downtown core of Belize City is where most of the more developed curio shops can be found. The only real market in the city is Commercial Center, a mix of fresh products and souvenirs. If you’re looking for a piece of Belizean art or something of higher quality, head to either The Image Factory Shop or Fine Arts, both of which carry high-end quality crafts for more discerning buyers.

Outside of the capital, the shopping scene becomes even more tourist-centric. Generic souvenirs, t-shirts and mass-produced crafts are pervasive on Ambergris Caye, though there are still a fair number of shops that focus on quality artwork and handicrafts. Belizean Arts (in Fido’s Courtyard) is the top shop on Ambergris Caye for local original artwork and some very well made crafts. In fact, there are several interesting shops inside Fido’s Courtyard worth checking out for jewelry and other keepsakes. Another great place to shop on Ambergris is along Barrier Reef Drive, where local crafts people sell their handmade items at great prices from stalls along the road.

Jewelry made from coral is a big seller in the coastal villages, but buyers should be aware that coral is a living creature and not an inexhaustible material like stone. Black coral in particular is very beautiful but also very endangered. Coral grows so slowly that it is almost impossible for the supply to meet the demand, so look to your conscience when considering products made from endangered creatures.

Belize is also the home of some very tasty food products. In particular, their hot sauces are well regarded around the region. Marie Sharp’s Hot Sauce is arguably the best of the lot, though Lizette’s is also very addictive. Bottled sauces are available in many gradients and styles and easily found in supermarkets at prices much lower than in gift shops. Belizean rum like One Barrel or Prestige are also great mementos to bring back home.