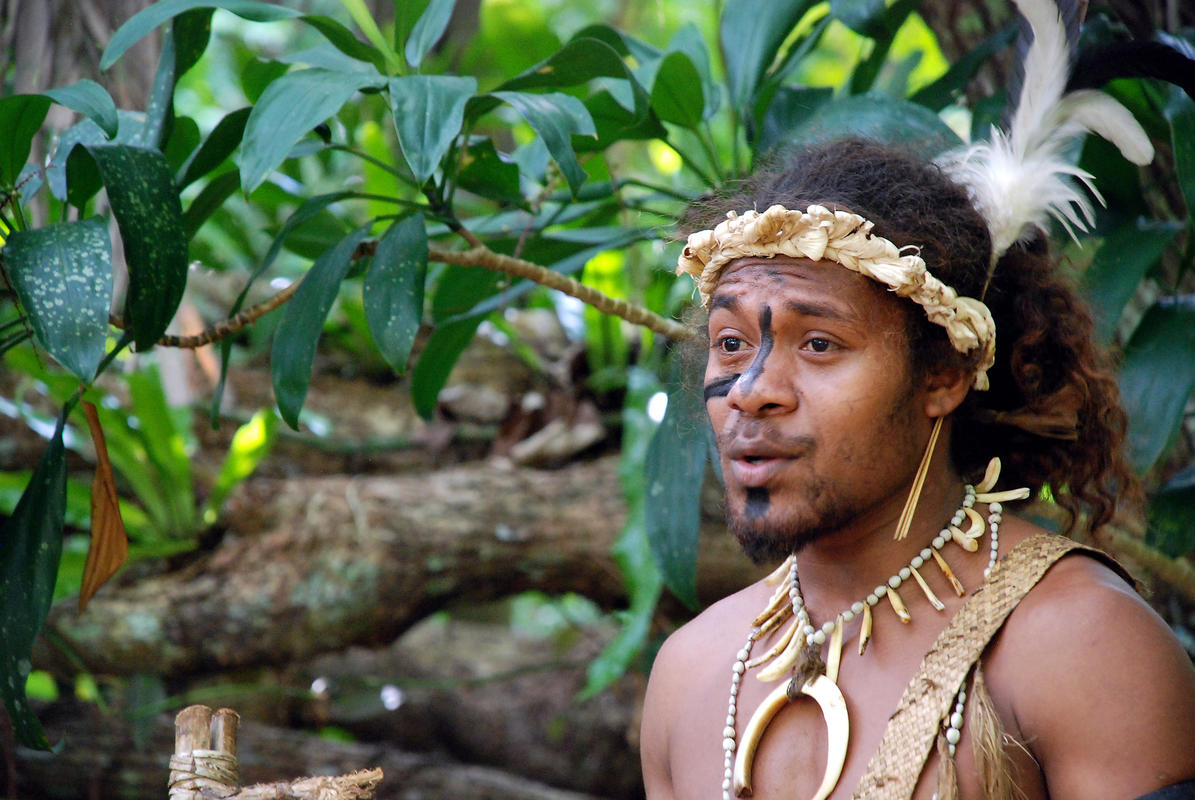 The tropical islands of the South Pacific that became Vanuatu are said to have been inhabited for 4,000 years. A long history involving the West has made the island predominantly Christian and Western in their ways. However, local culture still follows a slow and laidback island lifestyle.

It is believed that the beautiful tropical islands of Vanuatu located in the South Pacific were first populated by Austronesian-speaking peoples who came here around 4,000 years ago. Apart from a few archeological remains in the form of fragments of pottery, little is known about the early history of the island.

Recorded history began upon the arrival of Europeans during the age of discovery. In the employ of the Spanish king, Portuguese explorer Pedro Fernandes de Queiros set foot on one of the islands and named it La Australía del Espiritu Santo (the Southern Lands of the Holy Spirit). The island is the largest in the country and has retained the name Espiritu Santo. It was not until 168 years after this Spanish mission that another European arrived on the islands. In 1768, Captain Cook came to Vanuatu and named the archipelago the New Hebrides. The name remained until the country gained independence in 1980.

The middle of the 1800s saw a mass exodus of workers from the country heading abroad, specifically Australia, Fiji, and territories of New Spain. The labor trade, however, consisted of debt bondage in the form of indentured labor called blackbirding, wherein laborers were coerced to do usually backbreaking plantation work in extremely poor conditions. More than half of Vanuatu’s population left during the height of this mass exodus, severely reducing the indigenous population.

The rest of the 19th century saw Christian missionaries coming ashore from Europe and North America to convert the locals and teach them the ways of the Western world. It was also during this time that the Caledonian Company of the New Hebrides was established. This encouraged the subjects from French territories to move to the islands and live with the locals, who were subjects of the British crown, many from Australia. At the onset of the 1900s, however, the French subjects formed the majority of the population.

By 1906, the French and the British agreed to govern the islands together in a form of government called the British-French Condominium. This continued until the 1940s when WWII was brought to the islands by the Americans. It was this time when a sense of nationalism among locals grew large enough to challenge the joint form of government. By the 1970s, nationalism was at its peak when Father Walter Lini and company founded the New Hebrides National Party. A brief uprising later in the decade arose precisely when the New Hebrides was about to declare its independence. Called the Coconut War by the foreign press, the uprising was short-lived. Declaration of independence went ahead in 1980. New Hebrides became the Republic of Vanuatu and Father Walter Lini became the first Prime Minister.

The population of Vanuatu is comprised of people of Melanesian descent, the ni-Vanuatu. Because of the Christian missions that took place in the late 1800s, Christianity is the predominant religion, with 83 percent of the population being Christian. This does not mean, however, that indigenous culture has entirely disappeared. Locals still see owning a pig, particularly one with large rounded tusks, as a symbol of a person’s wealth and standing. Young men still go through a number of coming-of-age rituals like circumcision or land diving. Visitors heading out to small villages will see the village clubhouse, the nakamal, which serves as a general gathering place for the entire village. Traditional music can still be heard in these small villages as well. Instruments include wooden slit drums and gongs, rattles, and many others.

In Vanuatu, the pace of life is very slow. It is referred to as island time. The culture here is very relaxed and laidback. Informal tropical wear is the norm. However, people being very conservative or, in the case of small villages, very traditional, modesty in appearance is advised. This means no beach wear away from the beaches. Vanuatu has strict rules on land ownership and those exploring seemingly uninhabited parts of the islands may want to inquire first as they might be stepping onto private property.

Click here for the Festivals and Events of Vanuatu