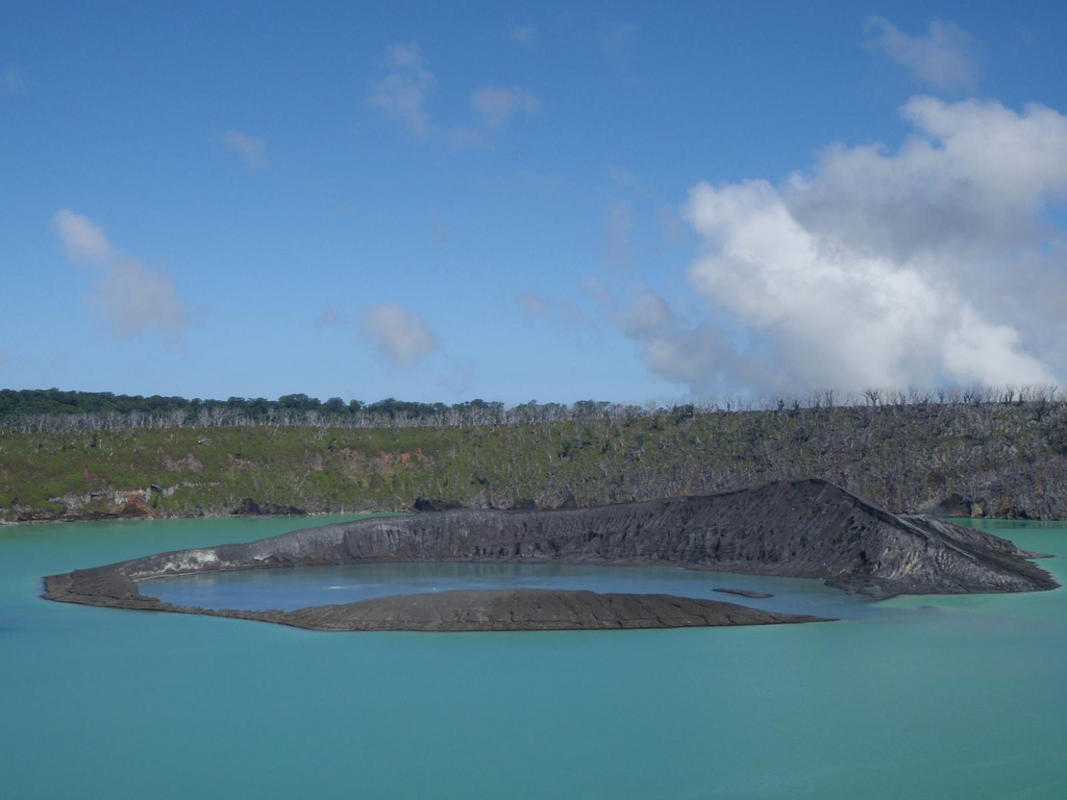 Visitors easily discover that nature plays a huge part in the many attractions in the entire archipelago. Waterfalls, sandy beaches, marine sanctuaries, volcanoes, and rainforests await visitors with a thirst for adventure to experience them all.

Northwest Efate Island and the islands of Lelepa and Artok formed the area of influence of a tribal chief who lived there nearly 400 years ago. Chief Roi Mata has long been regarded in Vanuatu history as a great leader who settled warfare and promoted peace in the region. In Chief Roi Mata’s domain, visitors will encounter perfect beaches, spectacular harbors, and beautiful tropical islets. The entirety of it is now a UNESCO World Heritage site, the first for the country. Address: Hat Island, Artok, north Efate Phone: +678-544-0695 Website: http://www.roimata.net

Vanuatu’s jungles are filled with stunning waterfalls and one of the best ones to head to is Mount Hope Waterfall on Espiritu Santo Island. The water cascades into a stream surrounded by thick rainforest. An adventure excursion to the waterfall is the most ideal way to see it. Visitors can float down the river with life jackets on to fully experience the natural beauty of Espiritu Santo Island and on the journey back, visitors trek within the lush jungle. Address: Espiritu Santo Island Phone: +678-36-283 Website: http://www.facebook.com/MountHopeAdventures

One of the most spectacular islands in the entire archipelago is Ambae Island, especially with its beautiful volcano jutting out from the sea. On a clear day, the island can be viewed from Espirtu Santo. However, there is a reason Ambae Volcano has long been wrapped in mystique. It easily disappears behind sea haze on any given day. The volcano has long remained dormant until it erupted in 1991. Ambae Island can be visited to get an up-close view of the volcano but it will be best to take a guide as the volcano is considered the most dangerous one in the archipelago. Address: Ambae Island Phone: n/a Website: n/a

The largest cave in the Vanuatu archipelago is Millennium Cave. The cave system is about a 45-minute drive from the major town of Luganville on Espiritu Santo. Visitors then trek through plantations for 15 minutes to reach Funaspef, the nearest village to the caves. A trip to the cave is for people with a true sense of adventure. In the caves, they can scramble up rocks and go canyoning over and under large boulders. Underground rivers provide for a cool and refreshing swim. Address: Funaspef, Espiritu Santo Island Phone: +678-547-0957 Website: n/a

If something could be called a tropical paradise, Hideaway Island could be it. Hideaway Island has both a resort and a marine sanctuary. It is close enough to Port Vila but far enough to be surrounded in nothing but beautiful nature. This is the place to go snorkeling and, more importantly, scuba diving. The resort here is a PADI Gold Palm Five Star Resort offering professional diving classes for those keen on seeing pristine marine life under the waters here. Address: Shefa Province, Vanuatu Phone: +678-22-963 Website: http://www.hideaway.com.vu

There are quite a number of ways visitors can take a peek into the traditional way of life of the ni-Vanuatu, the people of Vanuatu. Cultural tours are available in many of the villages. One of them is the Ransuck Cultural Village located on Espiritu Santo Island. In these cultural tours, visitors witness a display of traditional customs such as fire-walking, sand drawings, and even local magic. Visitors are also usually treated to a full Melanesian feast. Address: Espiritu Santo Island Phone: +678-544-3973 Website: n/a