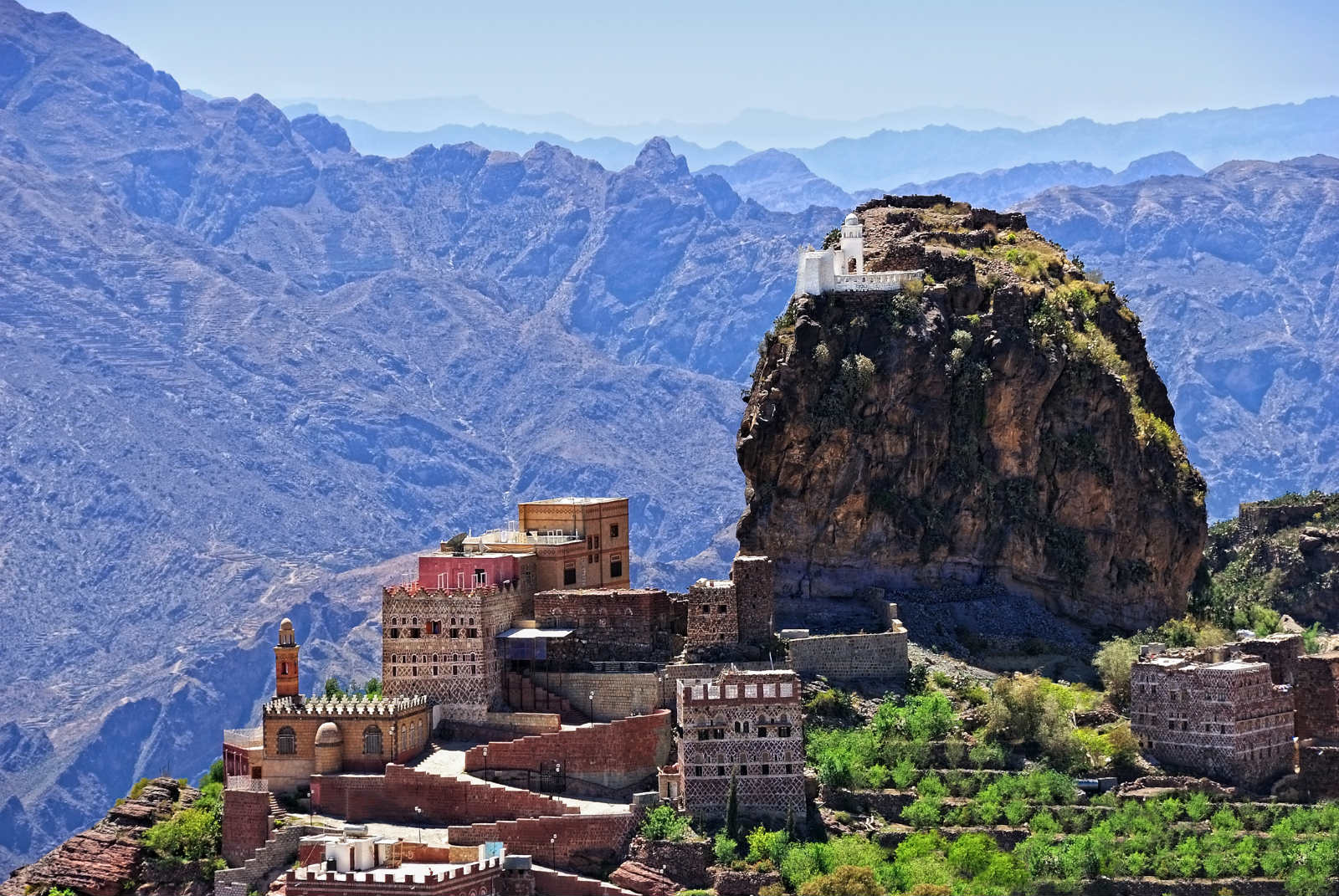 The Romans called Yemen “Happy Arabia” (Arabia Felix) because it experienced more rainfall and was much greener than the rest of the Arabian Peninsula. Today, this country of heritage and nature is unfortunately in a state of civil unrest, a situation which prevents travelers from reaching its four World Heritage sites, idyllic coastal beaches and islands along its L-shaped coastline, high mountain ranges, beautiful highlands, and the inhabited part of the Rub al Khali Desert.

Yemen is larger than the state of California and contains a huge amount of natural diversity. Sightseeing is the main attraction here, with the 16th century mud brick-made tower houses of Shibam being one of the most fascinated sights in the country. The Socotra Archipelago offers a wealth of both land-based and water-based activities, while the mountains attract mountain climbers and hikers alike.

The thin strip of L-shaped coastline that lies along the Red Sea and the Arabian Sea boasts stunning beaches with a backdrop of mountains and highlands. The old capital city of Zabid is now a UNESCO World Heritage site though the city of Aden is one of the most visited cities along the coast. The Old City of Sana’a, the capital city of Yemen, is home to one of the best souks (markets) on the peninsula, with items such as jambiya (curved dagger) and jewelry popular among visitors.

Temperatures vary radically across Yemen - in the coastal plains temps can hit high of 102-degrees F in July, while at higher elevations the temperature can sink to as low as 40-degrees F in the Winter. The highlands experience the most rain of any part of the country ad can even flood during the monsoon seasons. Basically, the western highlands get good amounts of rain and can cool down, while the easter coastal area is dry and hot and doesn't get a whole lot of rain. It is recommended to visit Yemen during Ramadan or the Hajj Pilgramage (these dates change annually, but depending on the Islamic calendar they usually fall between August and September) because of the spiritual and cultural significance of these celebrations.

Although travel to Yemen is at an all-time low due to the threat of terrorism, the winter months are the peak season and when rates are at their highest. Accommodations range from a mattress on the floor to a comfortable five-star hotel, with the large cities having the best options. Sana’a is home to some of the country’s best hotels, while Aden has the best choice of beachfront properties. Yemeni honey and coffee is some of the best in the world, while drinking alcohol is illegal here.

The eastern region lacks road infrastructure, while the rest of the country suffers from poorly maintained roads which should only be traveled accompanied by an experienced guide. Without a car, it is nearly impossible to explore outside of the capital city, for which a travel permit is required. Permits are obtainable from the Tourist Police or through registered tour operators. The Yemeni Mountains are among the more popular regions to explore, followed by the Red Sea coastal region.

Sana’a International Airport is the main port of entry to Yemen and the hub of national airline Yemeni. The majority of visitors that enter Yemen do so by air though it is possible to enter by road from Oman, to the east. Arriving by car from Saudi Arabia can be dangerous. Ferries travel between Yemen and Djibouti across the Red Sea, but they can be uncomfortable. There are no railway services. Domestic travel is typically by tour as traveling with a guide offers the best security protection.

Click here to for Things To Do in Yemen