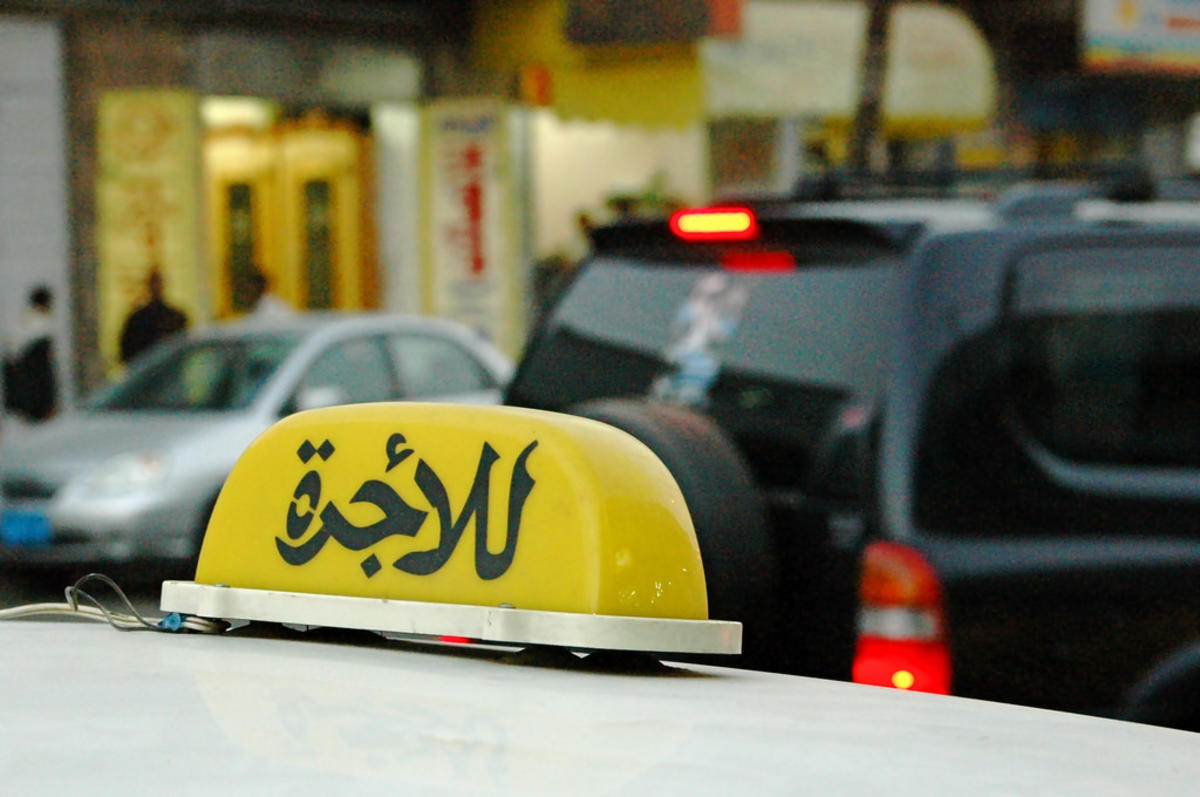 Shared taxis (bijou) are common in Yemen and every city and town will have at least one shared taxi station. These taxis generally don’t leave until all nine seats are filled. Private taxis are also available in major cities such as Sana’a and Aden, and of course, at the airport. Raha Taxi (+967-448-888) is a reliable taxi company based in Sana’a that has new cars that run on meters.

However, car rental is the preferred way to get around the country and explore all that it has to offer. Even more popular and safer is car rental with a local driver. Sana’a International Airport and the capital city of Sana’a offer the widest selection of car rental choices in the country.

Boats, which are predominately cargo vessels (sambuq), travel between the African country of Djibouti and the port at Mocha, across the Red Sea. However, they are not the safest way to arrive in the country as the boats are frequently hijacked or attacked by the Yemeni Navy for illegal smuggling. For a leisurely cruise on the sea, visit the port in Aden to charter a boat.

There are currently no railway lines to or around Yemen though several proposals have been made. International buses arrive in Yemen from Salalah, Oman, which terminate in Sayu’n or Al Mukalla. These buses run two days a week between each destination and travel times are anywhere from nine to 16 hours.

Inter-city buses operate between all major cities and large towns throughout the country and are comfortable and provide a cheap way to get from one destination to the next. It should be noted that each town has a checkpoint and visitors are required to produce their travel permits at each of these stops.

There is no public transport in Yemeni cities though major cities often have dabaabs (minibuses) services. These buses often travel to all areas of the city though they can be difficult for visitors to navigate.

Click here to learn about Shopping and Leisure in Yemen