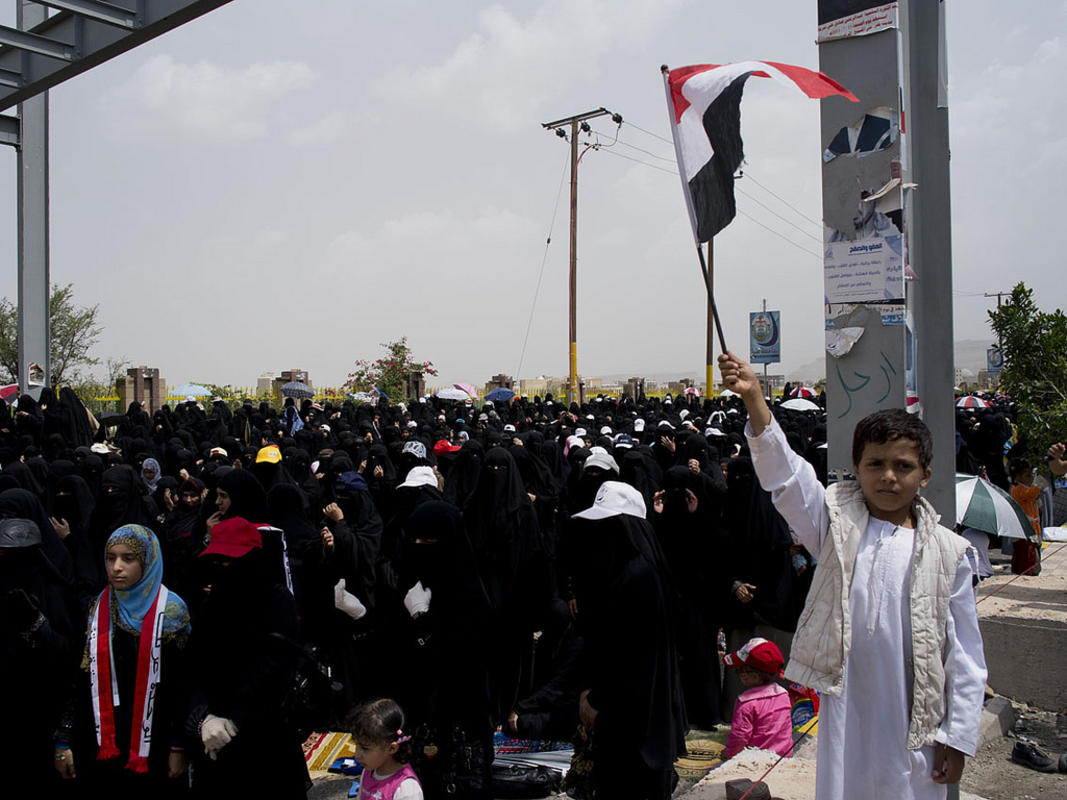 Modern Standard Arabic is the official language in Yemen though people in many regions speak some sort of Yemeni Arabic dialect. English is taught in private schools but visitors should not expect it to be heard often. Other languages spoken in Yemen include Russian, Vietnamese, and Chinese.

The Yemeni rial (YER) is the official currency used in Yemen although US dollars and euro are often accepted. Other currencies need to be exchanged, which can be done at banks, airports, and most hotels. ATMs are widely available throughout Sana’a, and lesser so in Aden and Ta’izz. Visitors will be hard pressed to find an ATM elsewhere in the country. Credit cards are accepted at large hotels but everywhere else, cash must be used. Travelers’ checks can be exchanged at large banks and hotels in major cities, with checks in US dollars and pounds sterling being the most widely accepted.

Yemen is three hours ahead of GMT (GMT +3) and is situated within the Arabia Standard Time zone (AST).

Yemen uses electricity at 220 Volts and 50 Hertz with Type C and Type G sockets, as in Europe and the UK, respectively. Americans bringing electronics that use Type A plugs will need a plug adaptor though some establishments have Type A plug sockets. A transformer is needed for the use of electronics that use a different voltage to the local standard.

The dialing code for Yemen is +967 and major cities each have their own area code, with Sana’a’s area code 1, Aden 2, and Zabid 3. The top cell network providers in the country are MTN Yemen, Sabafon, and Yemen Mobile. Around 60 percent of the country has mobile phone coverage though don’t expect a signal in the Empty Quarter and parts of the highlands, as well as high in the mountains. There are few internet cafés in Yemen outside of the large cities and the government filters what content is accessible.

Visitors arriving in Yemen are allowed to bring in: one bottle of perfume, 600 cigarettes or 60 cigars, and gifts with a maximum value of YER100,000 (around US$465). Women are allowed to bring in: up to 350 grams of gold. Non-Muslims can bring a maximum of two bottles of alcohol into the country. No products from Israel can be brought into the country.

Embassies and Consulates in Yemen

Click here to learn about the History and Culture of Yemen