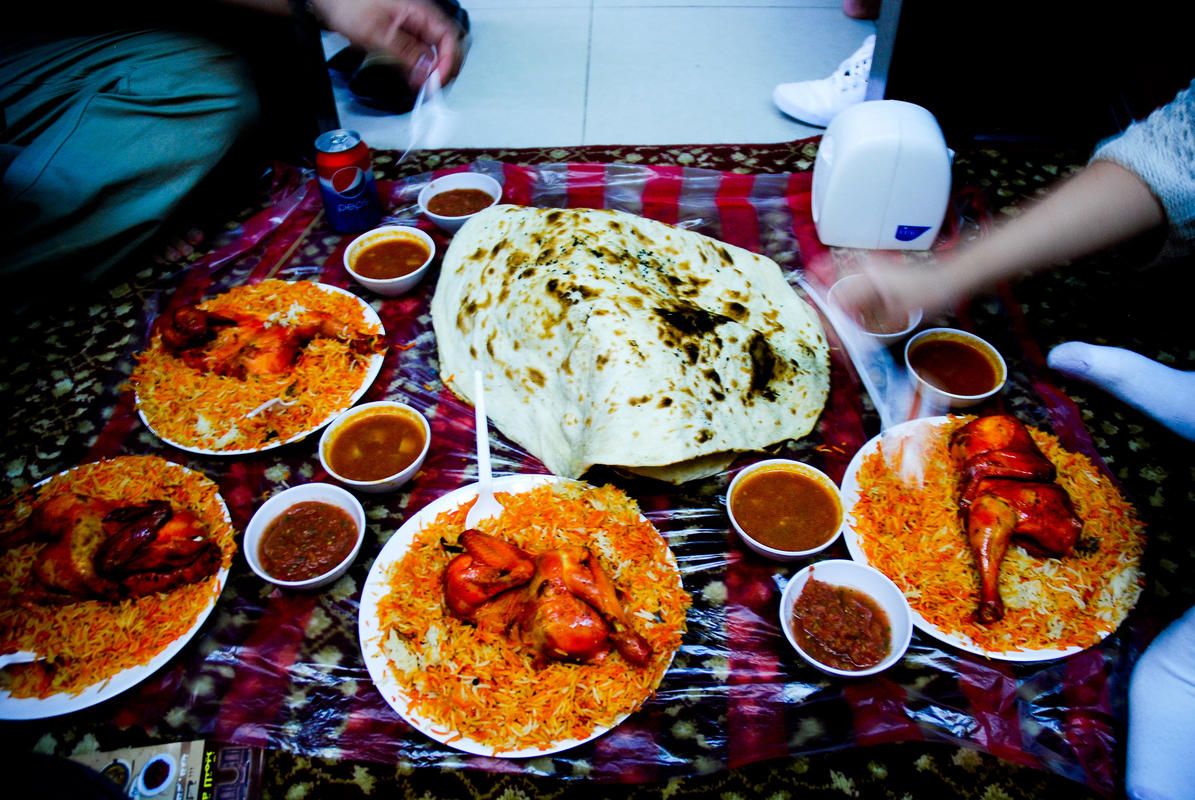 Western food can be found in many of Yemen’s five-star hotels and in major cities though it is salta that is seen most frequently on menus. This meat-based stew is spiced with fenugreek and is considered by many an acquired taste. Vegetarians will be able to eat fasuula, a kidney-bean based stew that is eaten with bread. Mocha coffee hails from Yemen and can be enjoyed in cafés and restaurants across the country. Alcohol is illegal and not sold anywhere though non-Muslim visitors can bring two bottles of alcohol into the country for consumption behind closed doors.

Bars and Pubbing in Yemen

Yemen is not known as a nightlife destination and with alcohol being banned, visitors won’t find much to do once the sun goes down. In some of the more luxury hotels in Sana’a, alcohol is served in private. At the Sheraton Sana’a Hotel, The Tent (Berlin Street, Sana’a) offers pumping music paired with Asian cuisine and is open until 1:30 a.m., while The Horse Shoe Night Club (Berlin Street, Sana’a) at the Mövenpick Hotel continues the party until 3:00 a.m. To taste qat, a local leaf with appetite-suppressant effects, and enjoy sheesha, head to Arafat Lakonda (Al Zubayri Street, Sana’a).

Nightlife outside of Sana’a can be found in Aden and like in the capital, the best night spots here can be found in the five-star hotels. However, the city is more liberal and a few British-influenced bars exist, including the somewhat seedy Sailor’s Club (Al Muhsen Street, Aden).

Juice bars are popular in Yemen, with Ta’izz offering some of the best of the bunch, including Al-Rayan (At-Tahrir Street, Ta’izz). These bars serve refreshing, healthy drinks that are superb for cooling off in the hot, humid weather. Coffee is excellent in Yemen and there are many Turkish-style coffee houses dotted all over the country. In Kawkaban and Shibam, sip on four flavors of delicious Kawkabanian coffee at Cafe Espresso (Shibam). In Sana’a, there are a number of cafés near Bab al-Yaman in the Old City. Friends Kafeteria (Habbah Street, Sana’a) is one of the nicer coffeehouse in the capital.

Dining and Cuisine in Yemen

Hot Hut (Gamal Abdul Nasser Street, Ta’izz), one of the country’s best burger joints and one of the many western style restaurants found in the well-developed city of Ta’izz. For a quick snack stop including a delicious fruit-flavored ice cream, make a beeline for Best Ice Cream (26th September Street, Ta’izz).

Click here to learn about Things To Do in Yemen