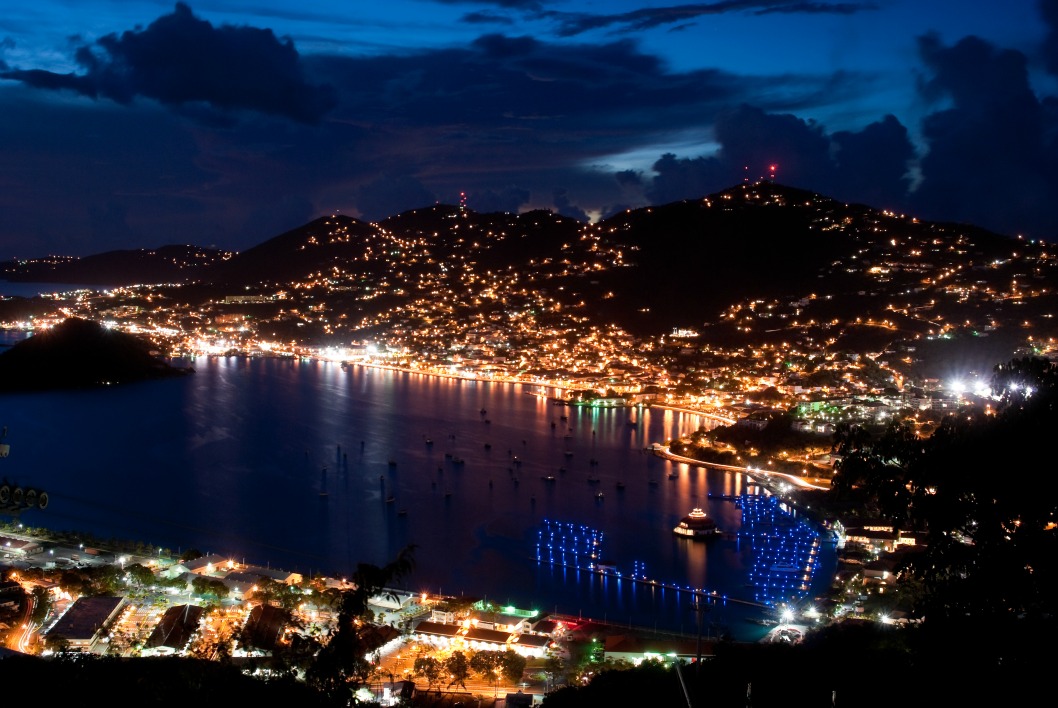 The largest, most famous, and most frequently visited of the over 80 US Virgin Islands are St John, St Thomas, and St Croix. St Croix is situated several miles south of St Thomas and St John. Sixty percent of St John’s landmass belongs to the Virgin Islands National Park, which includes the desert Ram Head and forested Reef Bay trails. St John’s is also surrounded by the constantly changing Virgin Islands Coral Reef National Monument. St John’s Trunk Bay Beach, most famous for its underwater snorkeling trail, and Turtle Beach on tiny Buck Island are consistently ranked among the world’s most beautiful beaches.

The St Thomas capital of Charlotte Amalie contains the liveliest nightlife, finest restaurants, and largest collection of duty-free shops in the US Virgin Islands. St Croix’s Salt River Bay and historic capital of Christiansted are the only known sights Christopher Columbus saw on current United States territory during his 1493 New World voyages. Although many US Virgin Islands visitors never venture away from the three main islands, tiny Bucks Island is worth a day trip for its outstanding scuba diving, relaxing hiking trails, and breathtakingly beautiful Turtle Beach.

Most St Croix hotels are either modern North Shore beach resorts or picturesque Christiansted waterfront inns. Most St Thomas accommodations are situated in either Charlotte Amalie or the East End’s many beaches. St John contains a more limited, but more intimate, number of hotel rooms. Many former sugar plantations have been converted into self-catering condo complexes. Accommodation prices on all three major US Virgin Islands plummet between 25 and 50 percent during the low summer rainy season.

The islands don't get a whole lot of variance between their seasonal climates. The tropical temperatures reach highs in the 80's through the summer and drop into the 70's during the winter. Conveniently, trade winds and sea breezes blow in the US Virgin Islands almost constantly, preventing the summers from becoming unbearably hot. Most of the rain falls through August-December, and at the height of this rainy season two to three showers per day is not an uncommon occurrence. The crowds are at their highest during the hottest and driest parts of the year (December-April. During this time of year, hotel rates soar and crowds swell to intense sizes. But if you visit during hurricane season (June-November) there are significantly fewer tourists and rates will be much lower .... sadly, during this time of year a lot of restaurants, shops and businesses are often closed.

Visitors not intimidated by driving on the left side of the road behind steering wheels placed on the left side of vehicles can easily rent cars on all three main US Virgin Islands. Large taxi buses, many of which are open air safari vehicles where up to 25 passengers are transported on open truck beds, are the most popular public land transportation throughout the US Virgin Islands. The smaller Water and Bucks islands can be easily explored by foot or bicycle.

Click here for Things to Do in the US Virgin Islands