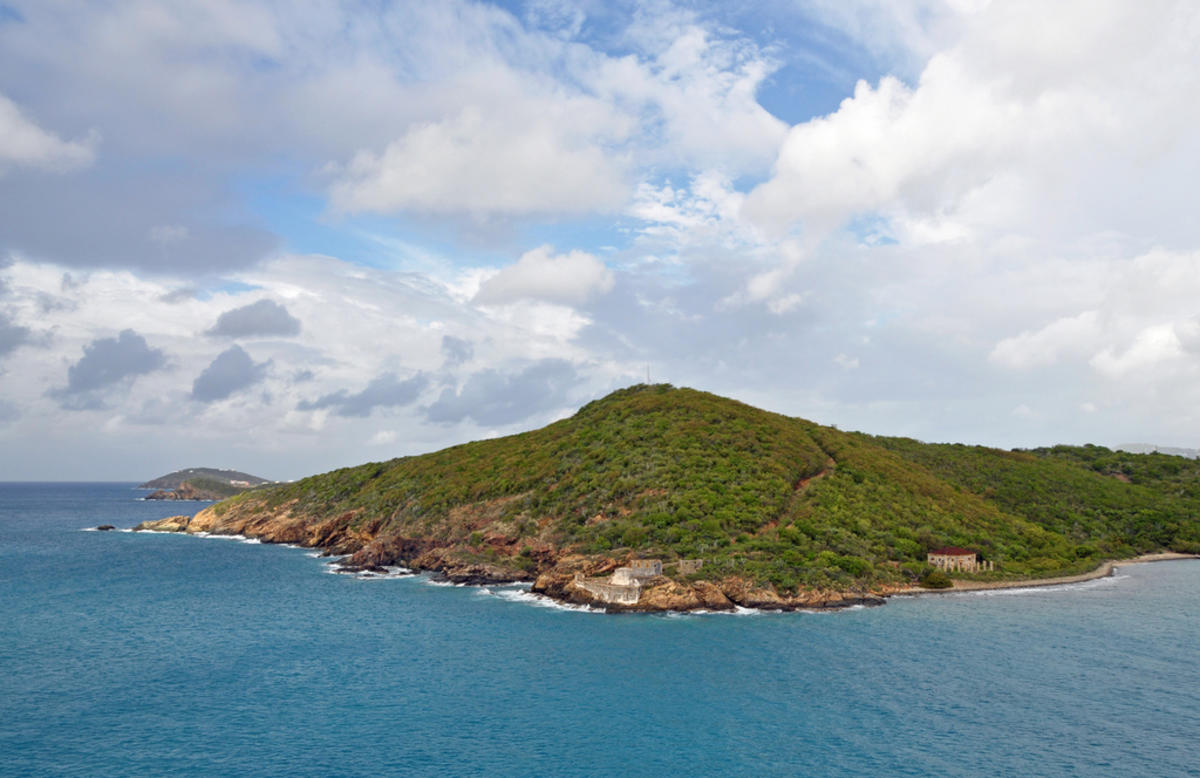 The constantly changing coral reefs surrounding St John’s provide shelter for four dolphin species, humpback and pilot whales, and countless other endangered sea creatures. The platform on which St John’s is located plunges dramatically into the Atlantic Ocean’s deepest waters. Although bleaching severely damaged these unique coral reefs in 2005, they remain among the most challenging and popular spots for snorkeling and scuba diving in the US Virgin Islands. Roughly 30 of the US Virgin Islands’ 45 known coral species have been spotted in the relatively small Hurricane Hole area. Address: Virgin Islands Coral Reef National Monument, 1300 Cruz Bay Creek, St John, USVI 00830 Phone: +1-340-776-6201 Website: http://www.nps.gov/vicr/

No view of Charlotte Amalie is more spectacular than the one aboard the St Thomas Skyride, which travels 700 feet above the ground between Flag Hill and Paradise Point. Those lucky enough to catch the day’s final trams will be rewarded by even more breathtaking Caribbean twilight views. Paradise Point features a casual restaurant, several unique shops, a Ferris wheel, and the best live entertainment venue in St Thomas. Address: 9617 Estate Thomas, Havensight, St. Thomas, USVI 00802 Phone: +1-340-774-9809 Website: http://www.stthomasskyride.com/

The two-level Coral World Ocean Park has been among St Thomas’ leading tourist attractions for nearly four decades. Helmet diving technology allows visitors to walk along the ocean floor beneath the park’s surface for up to 30 minutes without snorkels or oxygen tanks. Visitors can pet sea cucumbers and starfish at the touch pool or observe hundreds more marine species behind 21 jewel tanks. The park’s underwater observatory, unlike any other in the Caribbean, stands 15 feet beneath the surface and 100 feet offshore. Iguana Alley, a nature trail, and a lorikeet garden contain the park’s creatures who roam and fly on dry land. Address: Coral World Ocean Park, 6450 Estate Smith Bay, St Thomas, USVI 00802 Phone: +1-340-775-1555 Website: http://www.coralworldvi.com/

No fewer than 200 West Indian tree and plant species grow in these serene botanical gardens at the foot of northern St Thomas’ volcanic peaks. About 20 other US Virgin Islands can be seen from this estate’s panoramic deck, while some of the finest masterpieces by local artists hang inside the house. Address: 6A St Peter Mountain Road, Charlotte Amalie, St Thomas, USVI Phone: +1-340-774-4999 Website: http://www.greathouse-mountaintop.com

Click here for Food and Restaurants in the US Virgin Islands