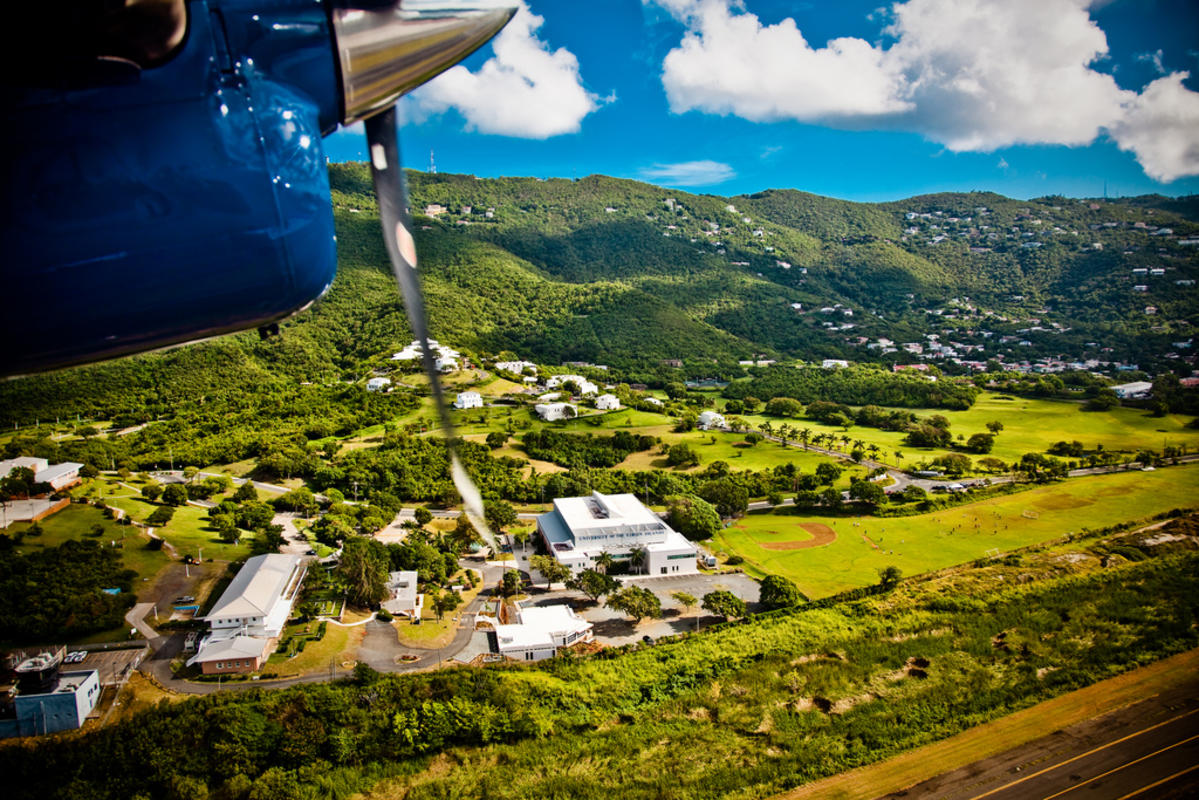 Cyril E King Airport, named after the US Virgin Islands’ second elected governor, is situated on St Thomas’ southwest end. This airport, whose annual passenger throughput currently exceeds one million, is the busiest in all of the US Virgin Islands. Passengers from the mainland United States can fly non-stop to this airport from Charlotte, Miami, New York City, Atlanta, and Fort Lauderdale. There are also non-stop seasonal flights to and from Boston, Chicago, Minneapolis, and Washington, DC. Passengers can also fly directly to Puerto Rico, the British Virgin Islands, St Barthélemy, Anguilla, Antigua, St. Kitts, and St Maarten from this small airport. Staff who welcome arriving passengers with flavored rum may be Cyril E King Airport’s most unique passenger service, but the airport also features a tourist help desk, ATMs, a currency exchange, and the Hibiscus Café are among Cyril E King Airport’s passenger services. Passengers can also purchase jewelry and duty-free items here. Cyril E King Airport is the main air gateway to both St Thomas and the smaller island of St John, which has no airport of its own.

This Virgin Islands airport named after Tuskegee Airman Henry E Rohlsen is the main air gateway to St Croix. Henry E Rohlsen Airport may be small, but its runway can accommodate aircraft as large as Boeing 747s. This airport’s non-stop flights to and from the mainland United States are year-round American Airlines flights from Miami and seasonal US Airways flights to Charlotte. Passengers can also travel non-stop to more than a dozen other Caribbean Islands, including St Thomas, from this airport. Henry E Rohlsen Airport’s passenger amenities include cafeterias, a currency exchange, a VIP lounge, and a tourist help desk.

Avis, Hertz, and Budget stand alongside three local car rental companies at Henry E Rohlsen Airport. The St Croix Taxi Association supplies public transportation which can easily travel the six miles to Christiansted or any other destination on St Croix.

Click here for Travel Tips in the US Virgin Islands