US Virgin Islands Holidays and Festivals 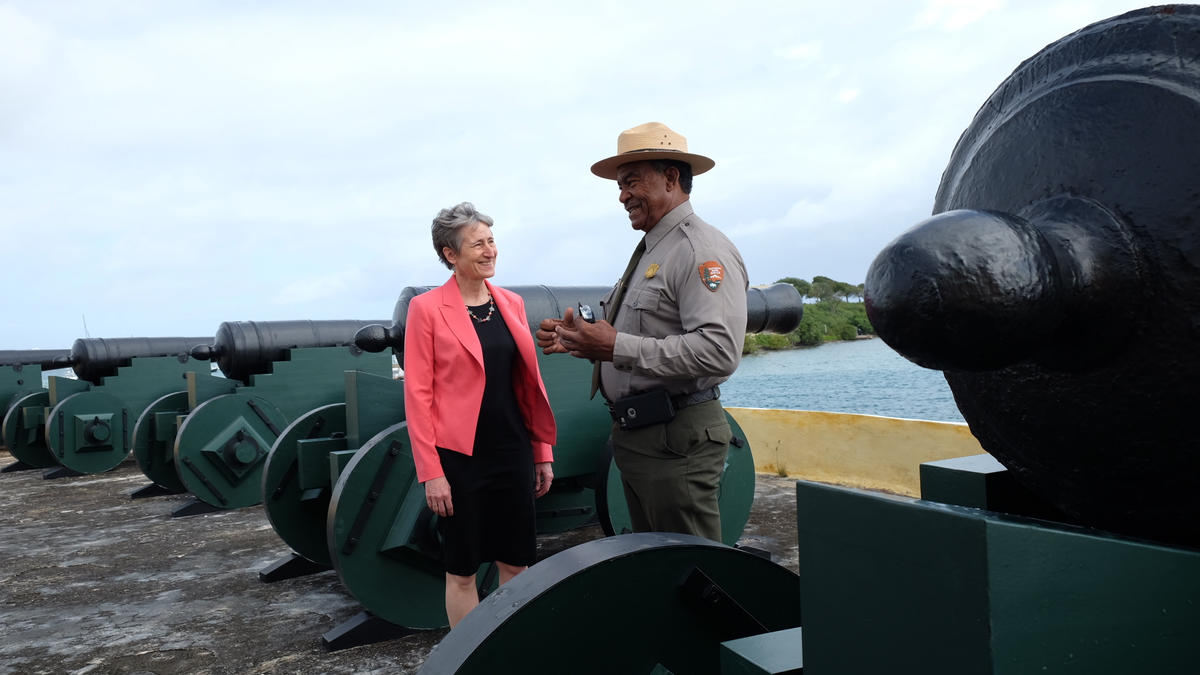 Colorfully costumed dancers on stilts, called mocko jumbies, are prominently featured in many US Virgin Islands holidays, from one of the world’s liveliest Valentine’s Day celebrations to the traditional Caribbean Carnival festivities. Although each of the US Virgin Islands has its own vibrant Carnival celebrations, St John’s best combines the Caribbean’s most famous festival with the United States’ own Independence Day. The final parade day of St John’s Carnival just happens to fall on the Fourth of July.

Although Christiansted hosts four lively Jump Up celebrations per year, none are more famous than the St Croix community’s annual Valentine’s Day extravaganza of arts, crafts, food, and mythical mocko jumbies dressed in colorful silks and stilts. The calls of outdoor vendors and the sounds of local musicians fill the air during this upbeat Valentine’s Day celebration.

The “Crown Jewel of the Caribbean,” as this prestigious race is called, takes place at the St Thomas Yacht Club each March. This yacht race, considered among the most competitive in the world, attracts sailors from throughout the Caribbean, Europe, and North America. Although the main race course is situated near Christmas Cove, there are also several side races. The Pilsbury Sound Race takes yachters around St John’s and St Thomas’ countless coves, while a challenging distance race occurs between Charlotte Amalie’s harbor and St Thomas’ East End.

The US Virgin Islands may have been United States territories for nearly a century, but every March 31, the islands celebrate their Danish past during Transfer Day. Special excursions to former Danish forts, buildings, and ruins are organized and Danish products are sold from shops and vendors on the day the islands were transferred from Danish to American territories.

A Taste of St Croix

Foodies will undoubtedly enjoy this annual one-day April festival at St Croix’s only all-inclusive resort, the Divi Carina Bay All Inclusive Beach Resort and Casino. No fewer than 50 of the region’s most renowned restaurants serve their finest dishes during this celebration of St Croix’s finest culinary talent. French and Italian food is served alongside traditional Cajun, Creole, and Caribbean meals. All festival proceeds go towards the St Croix Foundation.

St Croix continues its reputation as the unofficial culinary capital of the US Virgin Islands with this annual late June tribute to the island’s most famous tropical fruit at the St George Village Botanical Garden. Although the festival grew to include other fruits after Hurricane Lenny destroyed the 1999 mango crop, mangoes continue to be this festival’s main focus. Visitors can sample several of the more than 80 different mango varieties grown throughout St Croix in the forms of mango butter, beer, wine, and even sushi. The festival also features mango cooking and eating contests.

Calypso musicians, colorful mocko jumbies, and a lively parade are the main ways St John celebrates both the United States Independence Day and the last day of its month-long Carnival celebrations on the Fourth of July. This day also features the crowning of Ms St John and the carnival king as well as a fireworks display rivaling many in mainland United States cities.

This eco-friendly fishing festival awards trophies not only to the fishers who catch the most blue marlin, but also to those who tag and release the greatest number of fish. Fishers from across the globe are invited to participate alongside some of the world’s greatest anglers. All proceeds from this prestigious event, held in St Thomas during the August weekend nearest to the full moon, go towards the Boy Scouts.

Fort Frederik Beach and the Caribbean Museum Center for the Arts are the main venues of this November jazz festival held in Frederiksted each November. Some of St Croix’s finest jazz musicians perform alongside musical legends such as Tito Puente, Jr and Pete Escovedo. Mocko jumbies, food vendors, and arts and crafts accompany these free musical performances.

Click here for Things to Do in the US Virgin Islands