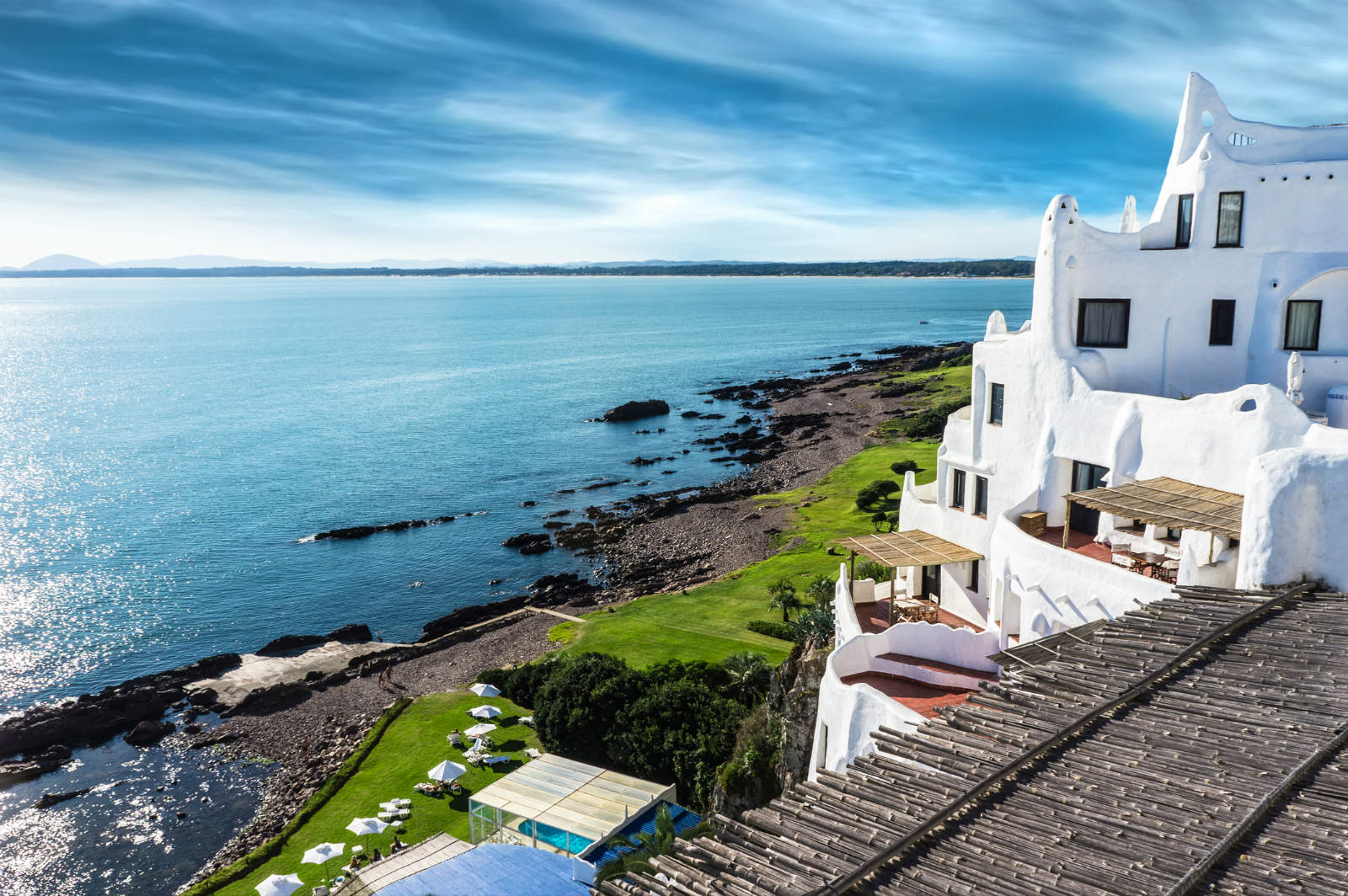 Tucked away on the east coast of South America, Uruguay is a small country of only 3.3 million inhabitants. Although it has some of the finest beaches in the region, a collection of Latin America’s most attractive colonial towns, and happening, raucous nightlife spots, Uruguay has only recently emerged on the tourist radar, with a huge surge in visitors over the last decade. With the exception of England, it can also lay claim to be the home of football, having hosted and won the first World Cup back in 1930.

Jetsetters and adventure seekers alike have started to flock to South America’s smallest Spanish-speaking country to explore the exotic lagoons, breathtaking dunes, and vast planes. There is a range of accommodation available in this warm and hospitable nation, varying from first-class hotels in Montevideo and coastal resorts to cozy, cheaper options found in quaint, traditional towns. However, one of the best ways to experience the real Uruguay is to stay at one of the numerous rural ranches, which tend to offer activities such as horseback riding and provide great local cuisine, such as barbecued meats and chaja (jam and cream sponge cake).

Although Uruguay is a fairly small nation around the same size as Oklahoma, the relatively diverse landscape and vibrant cities make for a busy trip in this colorful country. The ample water sport activities found along the beach-fringed coasts of the Atlantic and Rio de la Plata, the historical port towns, such as Colonia del Sacramento, the many attractions in the happening capital of Montevideo, and the endless opportunities for excursions in the planes means you will never have a dull day in what was once one of South America’s best kept secrets.

Because of the small size of the country, the weather throughout Uruguay is relatively uniform. Generally, Uruguay has a subtropical climate. The winters can get pretty cold, and the summers (December, January, February) stay hot for their duration. Rain is a year-round phenomena here, with showers breaking up the fall, winter, and spring seasons, while the summers generate impressive thunder and lightning storms. Because the summer in Uruguay is winter in the Northern Hemisphere, most travelers tend to visit Uruguay between December and February with tourism peaking around January.

Uruguay’s airports, particularly Montevideo’s Aeropuerto Carrasco, are the most common points of entry for tourists, with international flights usually passing on to Buenos Aires in Argentina. Bus and boat trips are also possible from neighboring Brazil and Argentina. Once there, the most popular choice for around is the extensive bus network, which is one of the best in South America. In addition, taxis tend to be inexpensive in the cities.